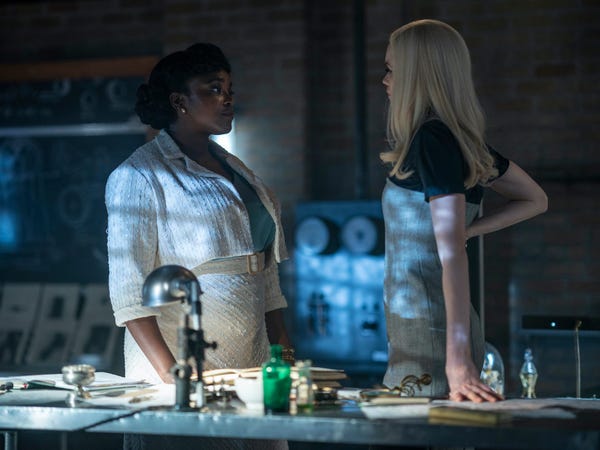 "Lovecraft Country" isn't exactly the easiest show to understand, but that's why we love watching it.

With time-jumps, interdimensional travel, and secret societies that practice ancient magic, the show can get confusing, to say the least. Not to mention the set is littered with Easter eggs, or hidden nods, to Black culture, literature, songs and speeches.

And the season one finale, which premiered on Sunday, did clear up some key points while also leaving lots of questions unanswered.

Here are four major questions we still have after watching the season one finale of "Lovecraft Country." And yes, there are major spoilers ahead if you haven't seen the episode yet.

What will happen to William, Ruby, and Dell's bodies now that Christina is dead? 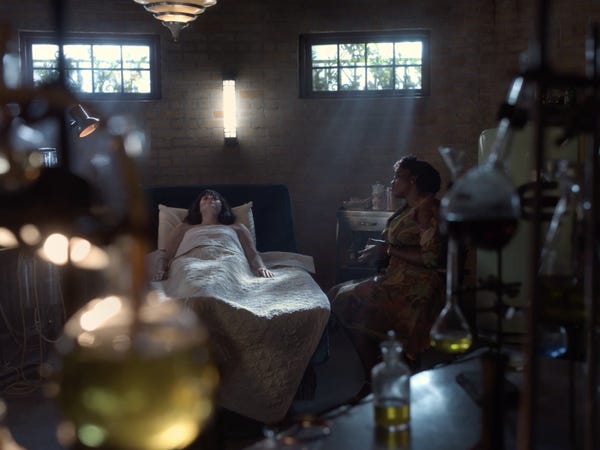 Ruby's death was one of the more shocking twists of the final episode.

While at first it seemed like she'd been able to obtain some of Christina's blood to help Tic cast his spell, it's later revealed that the real Ruby had been killed by Christina, who found out about her plans.

Christina then used some of Ruby's blood to transform into her, thus allowing her to sabotage Tic's magic at Ardham.

But after Christina is stripped of her powers by Leti, and killed by Dee, it's unclear what's going to happen to the bodies of William, Dell, and now Ruby, who all remain in her basement.

Christina explained to Ruby earlier in the season that she needs blood in order to make the potions that allow the user to take on the form of someone else. That's why she kept William and Dell in a "comatose" state. And thanks to Ji-Ah's mind-reading powers, we know that Ruby is also now comatose in Christina's basement.

Even though comatose implies that someone is still technically alive, these characters all seem to be dead. Christina even told Leti that she "killed" Ruby. But if they are, in fact, dead, is there any chance that they could be brought back to life?

And if they're not physically dead (perhaps only brain dead), what's stopping someone from performing a spell that allows them to all make a full recovery?

It's not the most pressing question of the finale, but one that seems important regardless.

Did Christina give Leti her mark of Cain back after she pushed her out of the tower? If so, why? 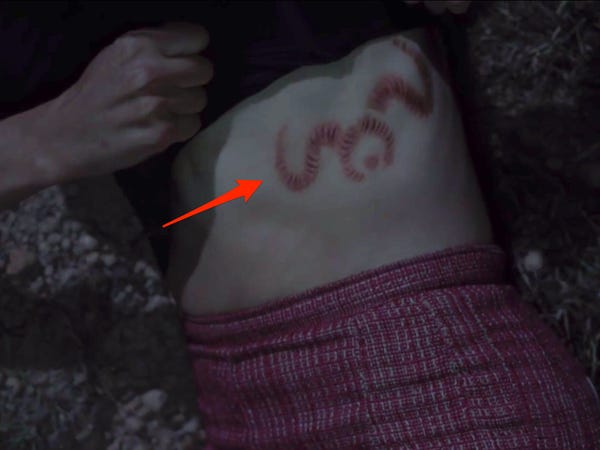 Earlier in the episode, Christina spitefully removes Leti's invulnerability after they refuse to give her the Book of Names. This means that Leti is no longer protected by magic — so when Christina pushes her out of the tower window, she seems to kill Leti once and for all.

But thanks to Ji-Ah's mindreading abilities, we find out later in the episode that Christina apparently gave Leti her invulnerability back, after she was dead on the ground.

This isn't really explained much further, though, and it's unclear why Christina would heal Leti when she knew that Leti could potentially hinder her magic.

Did she think Leti was already dead and was merely trying to do right by her unborn child? Or did Christina have some kind of change of heart, and just wanted to make sure Leti was incapacitated, but not dead, during her spell?

It's not really clear how or why Leti survived. But luckily for Tic and the rest of their family, she does, and eventually subdues Christina.

Are the villagers of Ardham aware of all the magical activity going on? 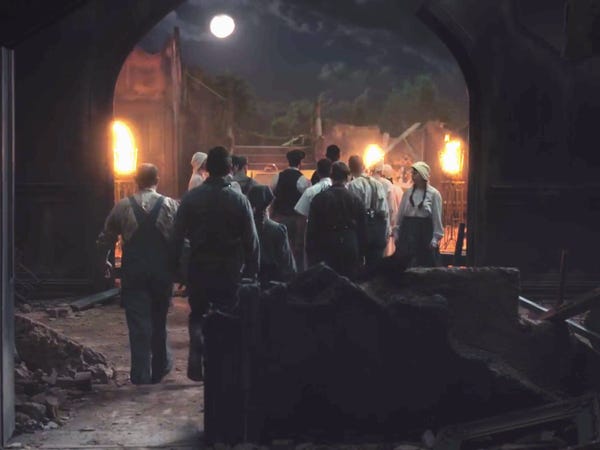 The villagers of Ardham play a key role during the finale. Not only do they help Tic prepare himself for (what he thinks is) his binding spell, they also capture and beat Hippolyta, Ji-Ah, and Montrose at the behest of Christina.

Tic, Leti, and Uncle George have run into the villagers before, who know lots about the Braithwhites and Samuel's lodge.

Still, are they aware of the magical activity occuring in their hometown? Or have they merely been brainwashed or hypnotized via magical means to do the Braithwhites' bidding?

The show never really explains the villagers' involvement, so it's up to viewers to try and make sense of their participation in Christina's deadly spell.

Did Tic know he was going to die this whole time? 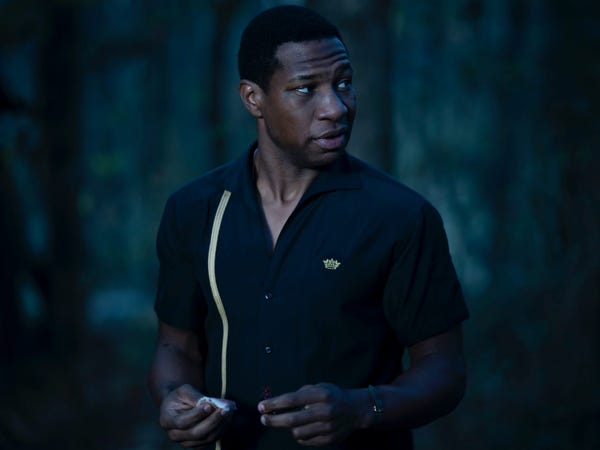 After encountering his ancestors in a magical realm at the start of the episode, Tic seems to gain a better understanding of his path forward. He knows he has to stop Christina and protect his family, as well as Black people as a whole. And he also knows that Christina plans to kill him during her spell — something that's been foretold by numerous people.

But after coming up with a plan to sabotage Christina's magic and use it to fuel his own spell, Tic seems less concerned with his own mortality. Perhaps he was merely putting aside his fears or he believed he was going to be able to avoid Christina's murderous scheme.

Unfortunately, Tic ends up falling right into her trap, and is killed during her spell, much to the horror of his family members.

Because of Ji-Ah's mind-reading, however, we see that Tic had seemingly prepared for this outcome. He introduced Dee to the shoggoth, ensuring that she'd be protected, and even wrote a letter to his fatherm, Montrose, encouraging him to take care of baby George, his unborn son whom Leti is carrying.

So did Tic know he was going to die all along? Or was he merely preparing for every possible outcome?

It's not clear in the finale whether he knew about his death or not, or believed that he'd die in the manner in which he did. What is clear, though, is that Tic loved his family and was determined to save them no matter the cost.