Amal Clooney and George Clooney were all smiles as they attended the London premiere of his latest film ‘The Tender Bar’. See the pics!

Amal Clooney has stepped out on the red carpet for a rare appearance with husband George Clooney, 60, in London. The couple were all smiles as they attended a screening of his upcoming film The Tender Bar at the London Film Festival. The acclaimed lawyer looked glamorous in a strapless, sequin gown in a gorgeous off-white shade. She paired the floor length dress with a pair of cream pointy toe heels, and silver drop earrings as she swept her raven tresses to one side in sophisticated curls. 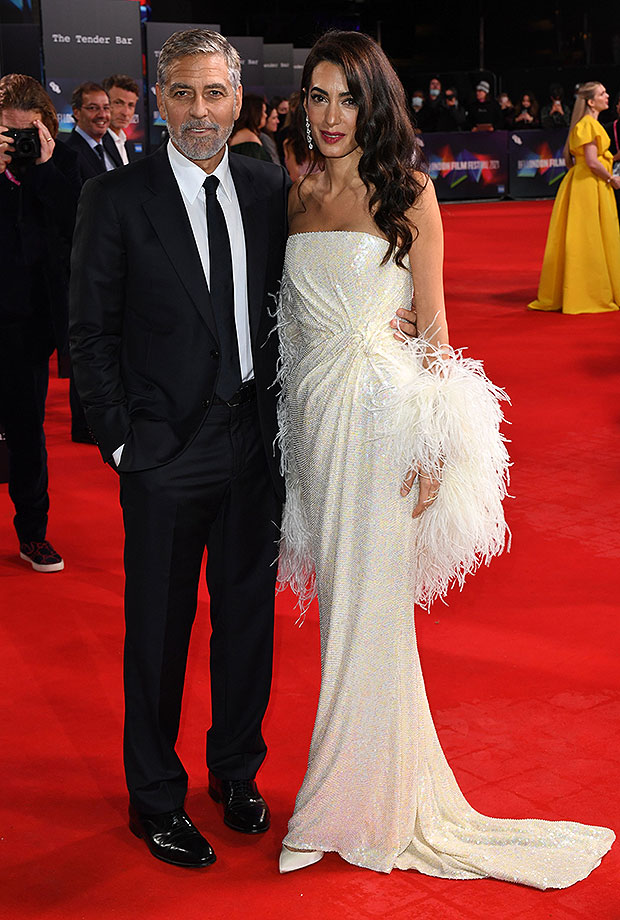 Meanwhile, her actor beau cut a smart figure in a black suit, as he sported a salt and pepper beard. The A-lister, who shares twins twins, Ella and Alexander, 4, with Amal, recently opened up un a new interview about whether he would ever run for office. “No, because I would actually like to have a nice life,” George, who famously played a politician in the 2011 film The Ides of March, told the BBC on October 8. He noted that he would prefer to spend his spare time doing “the things I love.”

George continued, “I turned 60 this year and I had a conversation with my wife and we were working a lot, as we both do, and I said we have to think of these as the halcyon years. In 20 years, I will be 80 and that’s a real number. Doesn’t matter how much you work out, what you eat, you’re 80 and so I said we have to make sure we enjoy and live these years in the best possible way.” 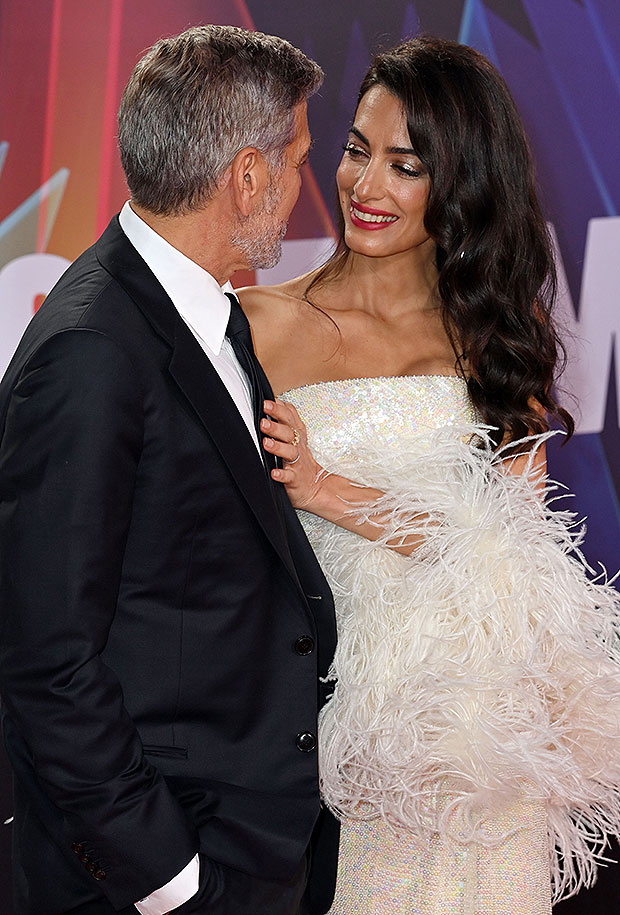 He certainly has been living it up, spending most of the summer in Lake Como at his home in Villa Oleandra. George first purchased the residence in 2002 as a vacation home, but after he and Amal married, the European mansion has become a second home for the family. In a January 2021 interview with AARP, the Ocean’s Eleven actor got candid about how he and his wife keep their love as strong as ever.

“Even in lockdown [during the coronavirus pandemic], I’ll write a letter and slip it on her desk, or she’ll write a letter and leave it under the pillow; I’m a big believer in letters,” George said of the classic love letters he and Amal write one another. “If it were a text, it would feel different,” George went on. “Maybe that’s a generational thing, and maybe it won’t be that way 20 years from now, but for me, somebody sat down and wrote it.”