Samuel L. Jackson may not appear in ‘Eternals,’ but he still got to hang out with some of the famous women involved in the Marvel project — including Angelina Jolie!

No stars party harder than Marvel stars! Eternals actors Angelina Jolie and Salma Hayek recently enjoyed a night out with their director Chloe Zhao, producer Victoria Alosno, and Samuel L. Jackson, who is famous in the Marvel world for playing Nick Fury. The group of five got together for an epic selfie that Salma, 55, posted on her Instagram page on Nov. 14. “With the eternally cool @samuelljackson and my @eternalssisters @angelinajolie @chloezhao @victoriaalonso76,” Salma wrote in the caption. She credited photographer Sam Sperezna for capturing the image, which can be seen HERE. 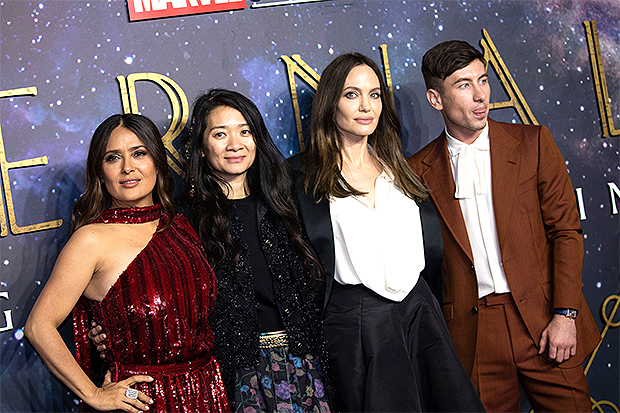 Salma’s followers went wild over the Marvel photo. Actress Freida Pinto commented, “Eternal legends all in one frame.” A different follower said, “NICK FURY AND ETERNALS” about the group assembled for the image, while a fan account for Salma wrote, “Omg i loved this picture! more than friends, a real family.” It’s clear that when Marvel stars come together, fans go wild!

Eternals came out in theaters on Nov. 5 and was Chloe’s first project for Marvel. Salma and Angelina, 46, star in the film as Ajak and Thena, respectively, who are two super-powered beings of an alliance race that are sent to Earth to protect humans from the villainous Deviants. Richard Madden, Gemma Chan, Kumail  Nanjiani, Lia McHugh, Brian Tyree Henry, Lauren Ridloff, Barry Keoghan and Don Lee star as the rest of the Eternals.

Angelina Jolie Out & About With Her Kids: Photos With Shiloh, The Twins & More 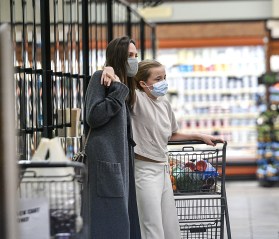 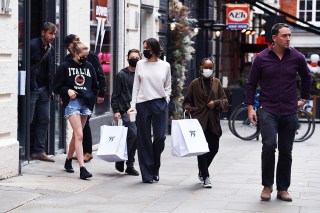 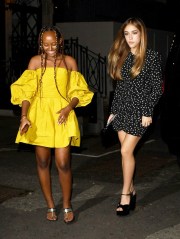 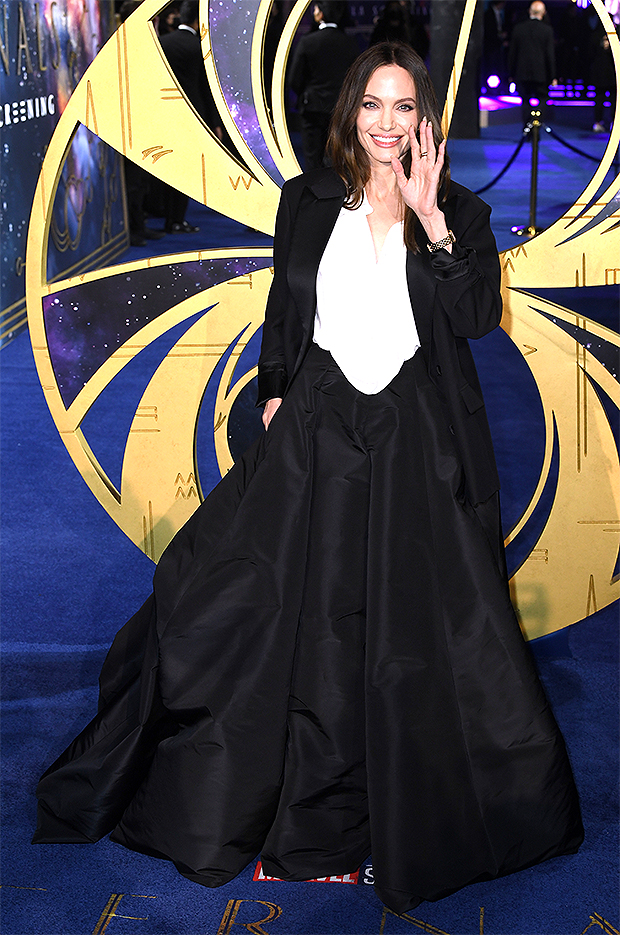 Both Angelina and Salma have done a ton of interviews promoting Eternals over the past months. In August, Angie told Entertainment Weekly that she related to her character Thena because of her “unconventional family,” which includes her six children, three of whom are adopted, with her ex Brad Pitt. “I just wanted to be a part of this family. I have a slightly unconventional family myself, so it felt familiar,” she said.

In that same interview, Angelina reflected on the moment she got on set of the blockbuster film with her co-stars. “Standing there next to each other, the first time we all stood in our suits together and took off our secrecy cloaks and had to stand there for the shot, what you felt was just a lot of support,” she told EW. “We were smiling at each other, and there was just a lot of kindness.”