A regular fixture onscreen for six decades, Jessica Walter had a varied career that included TV roles on everything from Dinosaurs to a two-part crossover between Magnum, P.I. and Murder, She Wrote as well as acclaimed performances in films like The Group and The Grand Prix. But it was her acid-tongued turns as Lucille Bluth on Arrested Development and Malory Archer on FXX’s long-running adult animated series that made her an icon of both the screen and internet memes.

Although the appeal of Lucille, who angrily air-quoted her disdain while spilling martinis, has lived on longer than the short-lived Fox-turned-Netflix comedy, it was Malory who struck a chord among fans who found her helicopter mothering all too familiar and too funny not to watch over the course of 11 seasons of Archer.

As The Ringer put it, following Walter’s death at 80 years old in March, “Malory would become the go-to source for the lewdest, funniest lines on an already over-the-top show. Freed from the strictures of network TV, Walter could lean even further into her newfound specialty,” which was first spawned by Lucille and forever cemented by Malory.

And what set the role apart for Walter was the fact that “she was a classy, elegant gal,” she told ET in 2016. And at the time, Archer had already become the longest-running series of her career. “I’ve never been in a show that’s lasted that long,” she happily noted, adding, with much appreciation, that Malory “has a lot of great moments.”

After she died, the actress was honored with her first Emmy nomination for her work on Archer. And the recognition comes ahead of the series’ return with season 12, marking her last original performance as the woman who both delighted and terrorized many.

Over several heartfelt, laugh-filled conversations with ET, creator Adam Reed, executive producer Casey Willis as well as stars H. Jon Benjamin (Sterling Archer), Aisha Tyler (Lana Kane) and Judy Greer (Cheryl Tunt) reflect on casting Walter as Malory, what she brought to the role, her long overdue nomination and how the series will pay tribute to her.

When Reed was developing the series, it was Judi Dench’s turn as M in the James Bond films that inspired what Archer would eventually become. “I was like, ‘Oh, what if M was James Bond’s mom? That could be really weird,’” he recalls. “That’s when the show sort of clicked for me, and started becoming something that wasn’t just a James Bond knockoff.”

Soon after the pilot episode was written, the series sent out casting calls for the role of Malory, the overbearing owner of the top spy agency where her son, Sterling, also worked as a secret agent. The four-sentence character description ended with, “Think Jessica Walter,” who Reed was a fan of ever since he saw her in Clint Eastwood’s 1971 thriller, Play Misty for Me.

The next day, her agent called and asked, “How about the actual Jessica Walter?”

From then on, Walter’s presence played an integral part in the development of the series. Reed recalls having “long talks about Malory’s motivation” with Walter and eventually evolving the matriarch from being Archer’s main villain to the complicated mother figure and boss that fans have come to know and love over the past 11 seasons.

“The more time we spent with Malory, we got to peek behind the curtain and see how, in her long and dangerous life, she had really lived a lot. And that had informed her relationships with other people, especially her screw-up son,” Reed says.

One particular suggestion Walter had in the beginning that proved just as important was in her vocal performance. “I wrote the characters yelling a lot and she said early on, ‘I’m yelling at Sterling in this scene. Could I try one a little differently?’” Reed says. “And then she did it just very quietly and it was so menacing. We all were on the phone at the other end in Atlanta and everybody just got goosebumps because she sounded just, like, deadly. So we started having her yell less.”

He adds, “Jessica could really stop you in your tracks without yelling.” 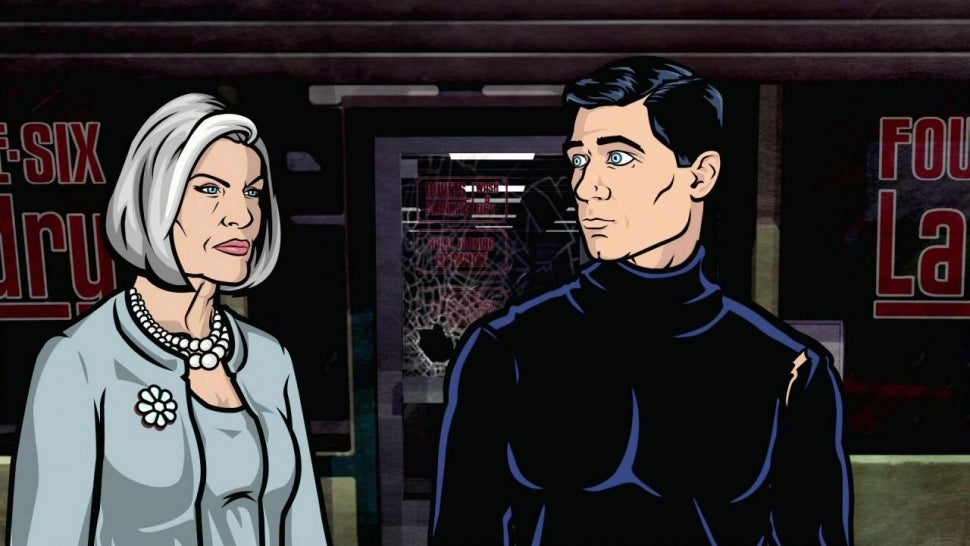 If anything, that request just exemplified how prepared and a dedicated performer Walter was when it came to recording Malory’s parts. “She always had a couple different takes ready for you,” Willis says, noting how she made him a better director.

As one of the team members who would record with her, Willis recalls how she enjoyed the collaborative nature of the process. “She was already ready for a note or always accepting of something,” he says. “So somebody might say, ‘What if we try it as if you were very jealous of Archer on this line?’ And she’d be like, ‘That’s great,’ and then give you three variations on that right away. It really helped me understand how to direct.”

Upon watching the pilot episode, Benjamin says that Jessica just embodied the role. “She was obviously so perfect for it,” he says. “She was so well cast and she nailed every line.”

The actor who voices Sterling notes that “she just carried the show,” especially in the beginning, when the series was more about that core dynamic between a narcissistic spy and his acid-tongued mother, who cared more than she let on — unless she was three drinks in.

“She was supposed to be an overweening mother, but she had all kinds of delicious fragilities,” adds Tyler, who voices Sterling’s on-and-off romantic partner/co-worker and often has to deflect Malory’s overly familiar tone. Despite “her mercenary behavior, she really loved her son.”

Archer “really pivoted on the relationship between Sterling and Malory Archer and this strange, moderately inappropriate closeness that they had and her controlling personality, which then really branched out to kind of touch every single member of the team there,” she continues. 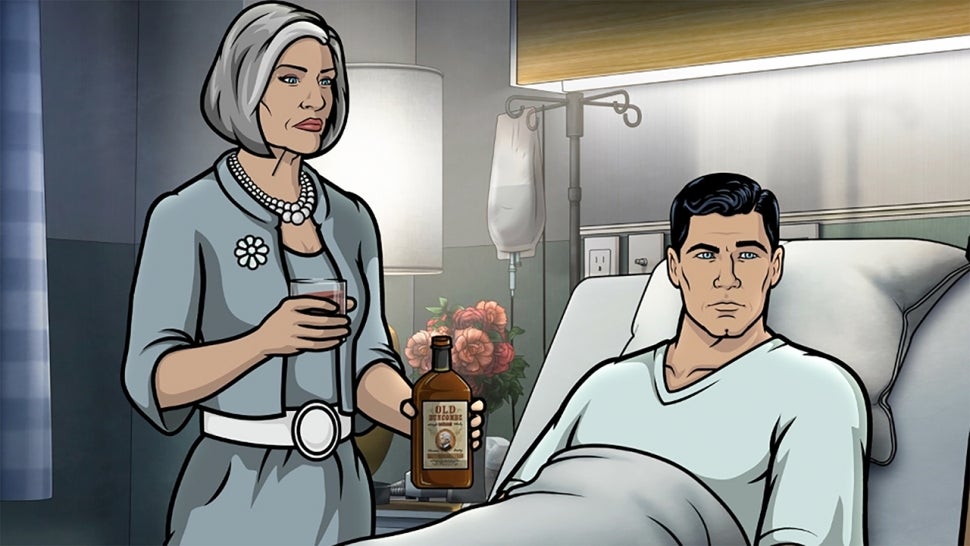 While the series has since expanded into an ensemble that follows the exploits of several secret agents and the agency’s support staff, the mother-son relationship was never lost on Walter. Ahead of season 11, which sees Sterling returning to spy work after five seasons of alternate realities, Walter made a request to Reed and Willis. “Can Malory go back to being Archer’s mother?” she asked.

“When we went back to reality, that was very important to her,” Willis reveals. “And so at the end of season 10, Adam wrote a scene where Archer wakes up in the hospital and Malory’s there — and she’s been there the entire time and she explains to him how it has always been about that.”

He adds, “I thought that was really great. And it explained that the heart of the show is the relationship between the characters but also this mother-son relationship, as dysfunctional as it was.”

After starring in 118 episodes over the course of the first 11 seasons, there are plenty of options to choose from when it comes to a favorite line, scene or even episode involving Malory. But for many in the Archer family, it’s those first three seasons when Walter delivered some of her most standout moments.

“Do you want ants? Because that’s how you get ants!” Malory shouts as she scolds Sterling over a pile of doughnuts spilled on the office floor. First said in the closing scene of the pilot episode, the line has become one of Malory’s most quotable lines and has since launched countless memes.