The movie Shubh Mangal Zyada Saavdhaan was slated to release on March 13, however, now the film has got a new release date. Instead of the earlier March date, the film will hit the theatres on February 21. 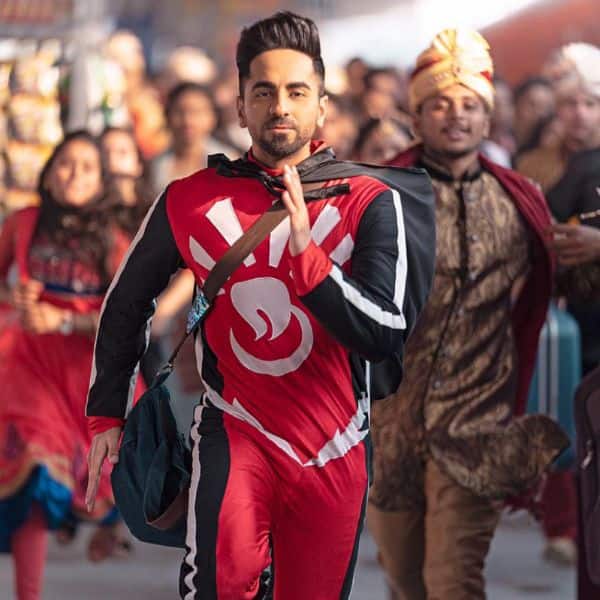 Actor Ayushmann Khurrana’s next Shubh Mangal Zyada Saavdhaan has already created a lot of buzz with its fantastic cast announcement video. The animated video introducing Ayushmann Khurrana and Jeetendra Kumar as love interests had already gone viral. BollywoodLife was the first to report that Jeetendra Kumar will be romancing Ayushmann in the movie back in June. The movie which is a joint venture between Bhushan Kumar and Aanand L Rai was slated to release on March 13, however, now the film has got a new release date. Instead of the earlier March date, the film will hit the theatres on February 21. And the whole idea is to release the movie close to Valentine’s Day.

The makers announced the new release date with an intriguing first look of Ayushmann Khurrana. The actor himself announced the news on Instagram, by writing, ‘Bhaagte Bhagate aa rahe hain hum’

The film’s cast is the most happening and anticipated one, with prolific actors such as Neena Gupta, Gajraj Rao and Maanvi Gagroo also playing vital characters.

The film, which carries the franchise to the 2017 film Shubh Mangal Saavdhan forward, is helmed by Hitesh Kewalya.

Talking about the same, producer Aanand L Rai said, “It’s a complete family film and we want to meet the audience soon. We have now decided to release the film in the month of February, which is also the month of love.” Adding to that, producer Bhushan Kumar said, “We are interchanging both the release dates of our films – Shubh Mangal Zyada Saavdhan and Anurag Basu’s next. Aanandji and Anurag both have been very supportive with the change. both our films are interesting and cater to families across all ages. We are ready to give our audiences a complete adventurous ride with both these films.