Big Brother’s highly-anticipated return is set to be announced by ITV soon, after the channel finally struck a deal to air the show, according to a new report.

It was previously alleged producers were in talks for it to be shown on ITV2 in 2023 after Love Island and now The Mirror is claiming an iteration of the programme for a ‘young audience’ is in the works.

A source told the publication that the ‘back to basics’ format will include less challenges and will feature civilians and not celebrities. 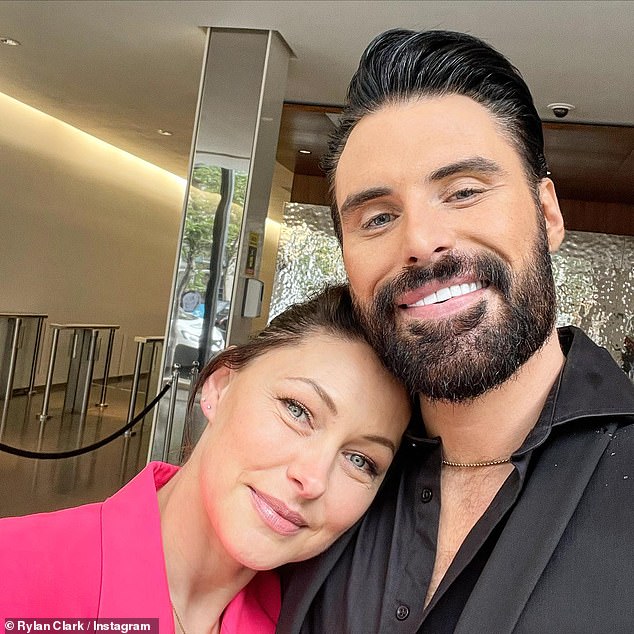 Coming soon? Big Brother’s ‘return’ is set to be announced as ‘ITV has inked a new deal’ – however it’s ‘unlikely’ Rylan Clark, Davina McCall or Emma Willis (left) will host

The insider said that the deal with rights-owner Banijay has finally been inked after months of talks and that the house will be in a brand new UK location.

Former hosts Davina McCall and Emma Willis, along with Bit On The Side presenter Rylan Clark are unlikely to be involved, it has been claimed.

Despite this, the insider went on to allege that it’s probable the eye-logo will return while fans hope that narrator Marcus Bentley will too. 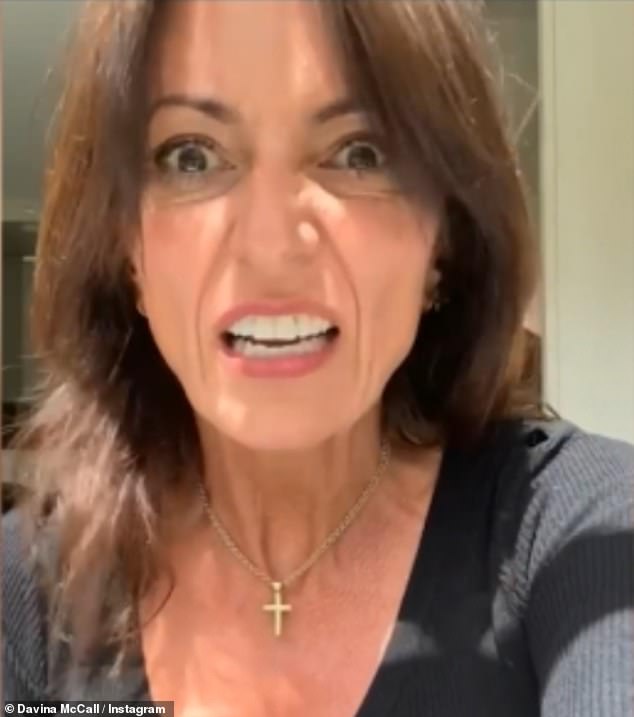 Exciting: It was previously alleged producers were in talks for it to be shown on ITV2 in 2023 after Love Island and an iteration of the show for a ‘young audience’ is reportedly in the works (Davina is pictured)

The reality juggernaut originally aired on Channel 4 from 2000 to 2010 and was hosted by Davina before it moved to Channel 5 until 2018 where it was presented by series two winner Brian and later Emma.

A TV source told The Sun in April: ‘ITV is the home of big appointment telly. They know better than anyone how to put on big live events.

‘They think putting it on ITV2 will open it up to a new audience and legion of younger fans. They are really keen on getting the deal done on Big Brother, and hope to have something firm to announce soon.

‘The talks are still at an early, and delicate, stage and the next few weeks will be key. 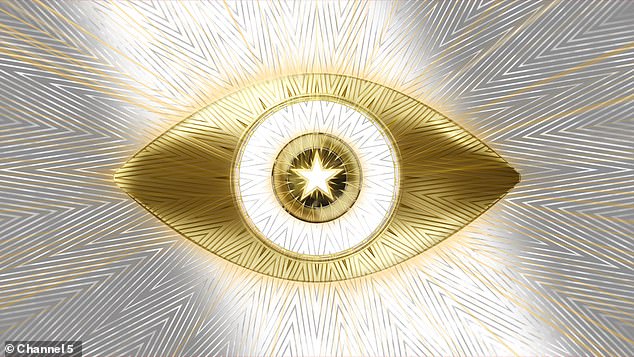 Iconic: An insider claimed it’s probable the eye-logo will return while fans hope that narrator Marcus Bentley will too (stock image)

‘It needs the full treatment and they’re confident they are the ones who can return it to its legendary former glory. It has millions of fans and is one of the most iconic TV shows of its generation.’

The show started as a social experiment in 2000 and went on to become a firm fixture of popular culture.

While ordinary members of the public were rocketed to fame the moment they stepped foot inside the house, a celebrity version of the show with famous housemates also ran from 2000.

The show featured some iconic moments air over the years, with a staggering 3.5million people voting for Liverpudlian builder Craig Phillips from Seaforth, Merseyside to win the £70,000 prize in 2000 at the end of the first series. 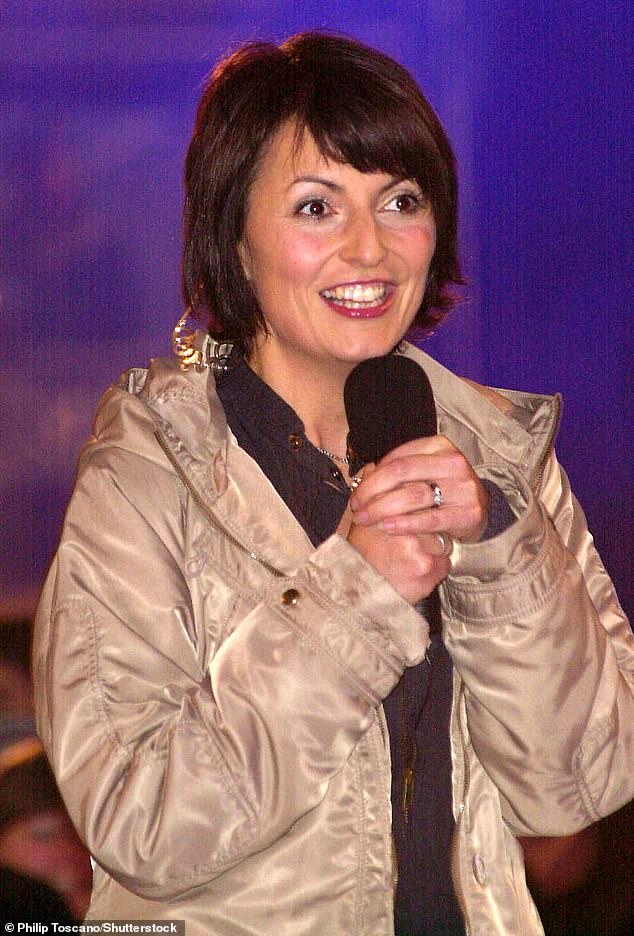 Comeback: The reality juggernaut originally aired on Channel 4 from 2000 to 2010 and was hosted by Davina before it moved to Channel 5 until 2018 where it was presented by series two winner Brian and later Emma (Davina is pictured in 2002)

Big Brother’s inaugural series captivated the nation due to the then-unheard of ‘social experiment’ style compound.

As viewers continued to be enthralled with the season, the behaviour of Nick Bateman was the most shocking.

The city broker won the nickname Nasty Nick after he attempted to cheat in the game and pass notes between contestants to sway nominations. He was confronted by eventual winner Craig.

Kate Lawler became the first female winner of the show in series three with 58.05% of the vote but it was the introduction of the late Jade Goody to UK TV screens was undoubtedly the height of drama in 2002. 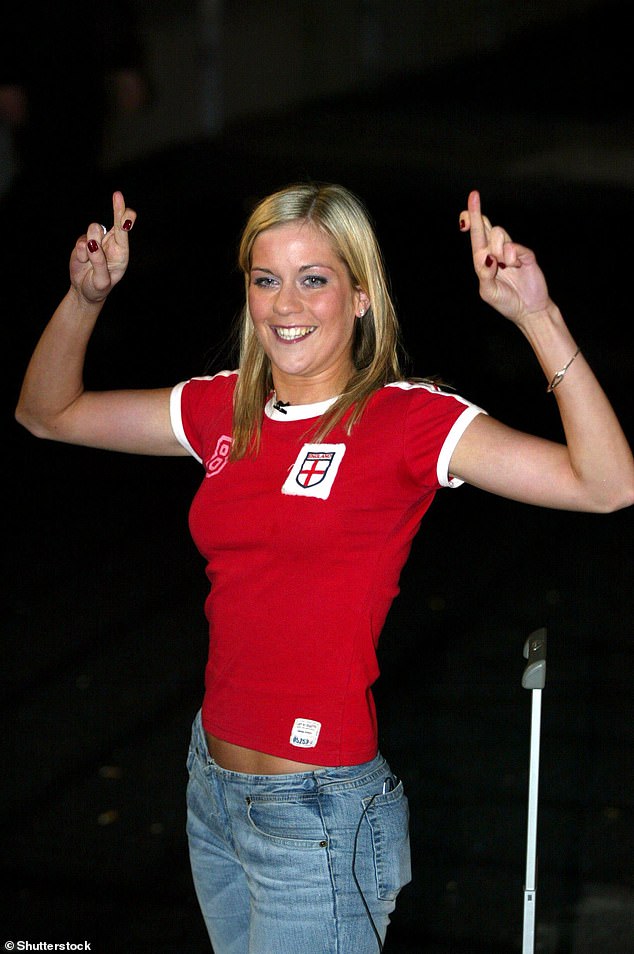 Fame game: Producers are apparently in talks for it to be shown on ITV2 in 2023 after Love Island (Davina seen with the late Jade Goody during her eviction in the 2002 final)

Other big names include the only ever transgender winner Nadia Almada, Anthony Hutton and Makosi Musambasi who shared a controversial moment in the swimming pool, the outrageous late Nikki Grahame who became one of the most temperamental stars to ever grace the show.

Meanwhile, the likes of ditzy Essex boy Brian Belo and This Morning presenters Alison Hammond and Josie Gibson also rose to fame on the show.

The programme, which was seen as a ground-breaking social experiment when it first aired in 2000, was initially a roaring success, with the final of the first series bringing in 9.45 million viewers but it was axed in September 2018 after 18 years on air across both Channel 4 and Channel 5.

It averaged at 5.8million viewers an episode by its third season – but figures dropped to just 2.9million an episode in 2009 thanks to competitions inspired by the very shows it spawned, such as The Only Way Is Essex.

Its move from Channel 4 to Channel 5 saw the show hit an all-time low, with viewership dropping to 1.2million last season.

Celebrity Big Brother also suffered a blow to its viewership as early as season six, which followed the race row of season five. Contestant Jade Goody referred to Indian actress Shilpa Shetty as ‘Shilpa Poppadom’, resulting in 10,000 complaints to Ofcom and 2,000 to Channel 4.

Average viewership per episode dropped from 4.6million to 3.1million by season six.

As 2010 loomed, the people began switching off and over to The X Factor and Strictly Come Dancing. 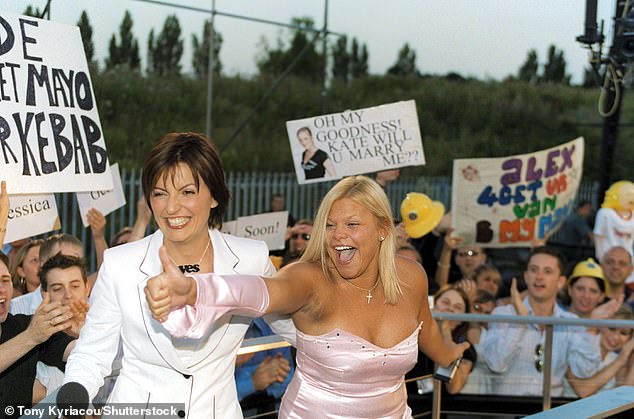 Fresh: A source said: ‘They think putting it on ITV2 will open it up to a new audience and legion of younger fans’ (series three winner Kate Lawler seen on show final in 2002)