Bigg Boss 14 saw a lot of people fighting for petty reasons, but we hardly saw people fighting during the tasks. However, of late, the contestants are picking up their game though not by much. When the three toofani Seniors were locked inside the house, the game was a lot more interesting. The senior kept the contestants on their toes and helped them with their strategies as well. However, it was the seniors’ decision whom they wanted to help and it looks like people termed that as favouritism. And during one such occasion, Pavitra Punia had gone on an abusive rant against toofani senior Gauahar Khan. She used cusswords that were beeped out during the episode.

Nikki Tamboli was sitting with Pavitra when she was continuously abusing Gauahar. This gesture of Pavitra did not sit well with the audience and celebs who watched the show outside. They had slammed the Naagin 3 actress for the same. Gauahar had tweeted after leaving the house, writing that she would wait for the Weekend Ka Vaar episode and see if host Salman Khan would school Pavitra for what she had done. However, that did not happen. Salman did not take up the topic. 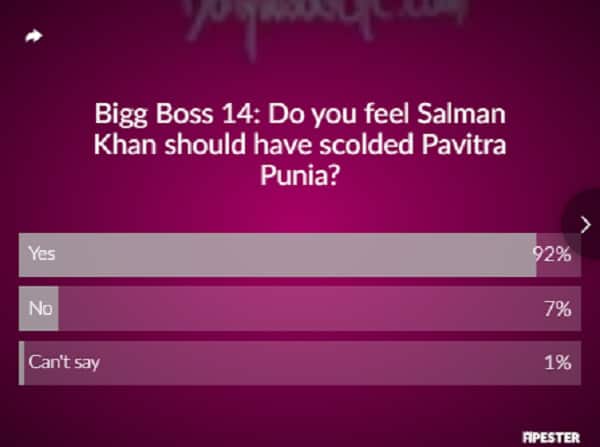 Kavita Kaushik, who entered the house recently, had also spoken on the matter. While talking to Pinkvilla before entering the house, Kavita said, “There was no reason for Pavitra to abuse Gauahar. Gauahar had done nothing major for her to deserve that disrespect. Gauahar is a big celebrity in her own right. Forget, big or small, for a game you disrespecting anyone, it shows your character not others, Gauahar has made a name for herself already, she has a fan following.” She added, “By abusing her, it reflects bad on her and not Gauahar. It pulls your character down and not hers. In fact, I started liking Gauahar more after that.”