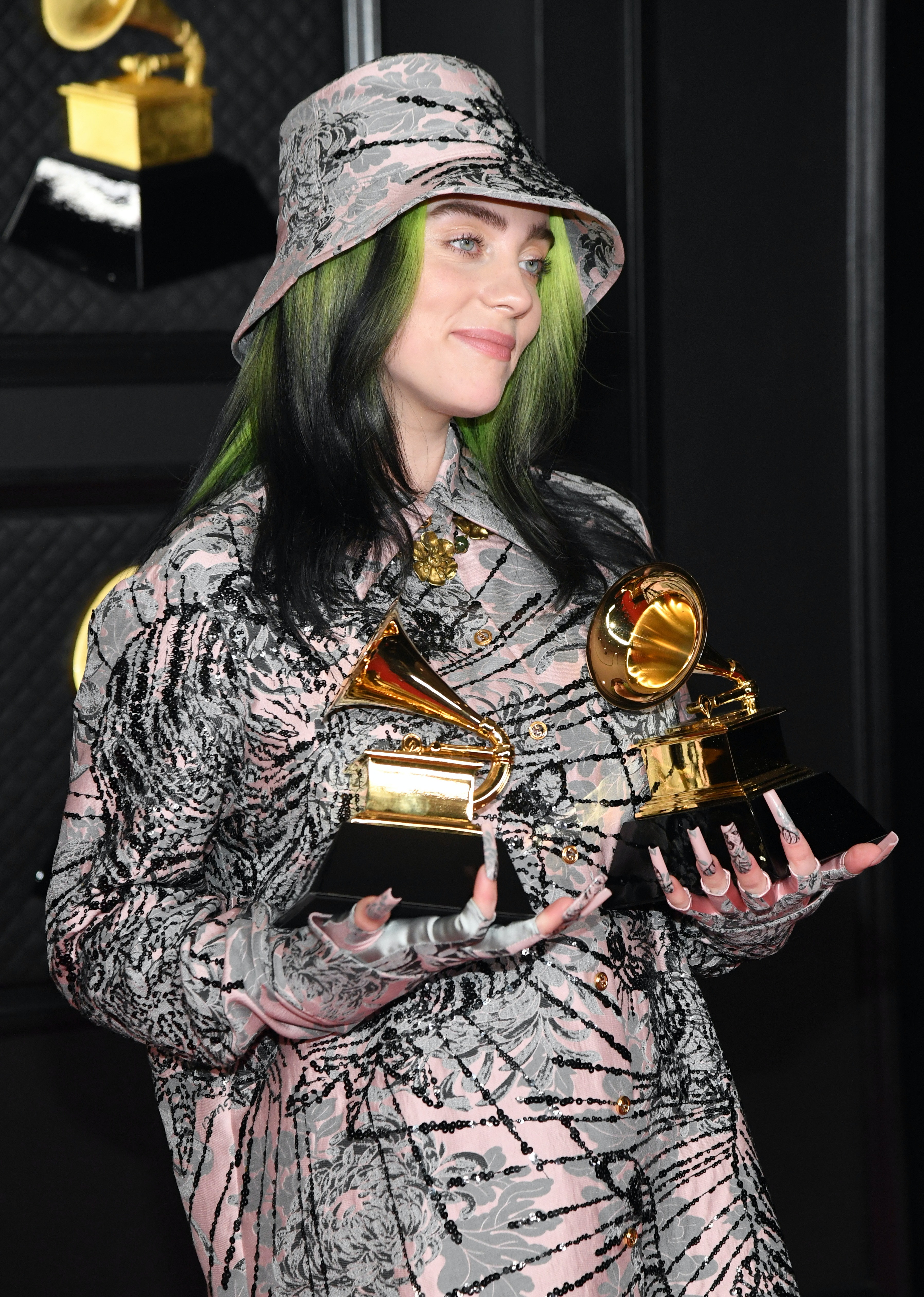 Billie Eilish is speaking out after the release of her British Vogue cover that nearly broke the internet. Eilish graced the magazine’s June 2021 cover, sporting a look drastically different from her usual day to day style. Eilish’s new look caught fans so off-guard, it wound up breaking records. Billie Eilish’s reaction to her sexy Vogue cover breaking Instagram records will catch you off-guard as much as the photo.

As soon as Eilish’s cover photo dropped, it snapped fans to attention in record time. The singer re-posted the cover and it soon became the fastest Instagram photo to reach one million likes. Eilish hit the one million mark in less than six minutes (not casual at all) and she’s since spoken out about the attention she’s been getting. During an appearance on Stephen Colbert’s Late Show, she admitted it’s all a bit overwhelming.

"I think it more just makes me never want to post again," Billie admitted. "I feel like I wanted to post more when less people cared, and now that more people care, it’s scary to me."

She went on to recall the day the cover dropped, and what it was like seeing the photos go viral right before her eyes.

"It was so weird, the day that all those pictures came out… because I’d post one and then I’d see, ‘Billie Eilish has broken the record for the fastest picture ever liked!’" she said. "And then I would post another one, and it would say, ‘Billie Eilish just broke the other record she just broke with the new fastest picture ever liked!’ "It’s been crazy."

Seeing as the shoot was so off-brand for her, some internet trolls accused Eilish of "selling out." But the singer made it known the creative direction was actually her idea, and she simply wanted to try something new.

"I’ve literally never done anything in this realm at all," she told British Vogue in the accompanying interview. "Y’know, besides when I’m alone and shit."

Eilish’s music tends to go viral at record speed, but having her image do the same is going to take some getting used to.