BRIAN VINER reviews Once Upon A Time In… Hollywood: Tarantino’s ode to Tinseltown is his finest film since Pulp Fiction

Once Upon A Time In… Hollywood

Any new movie by Quentin Tarantino is a cinematic event, but when it is as festooned with stars as Once Upon A Time In… Hollywood, with its writer-director turning his idiosyncratic eye on his own industry, no wonder there was such a buzz leading up to its world premiere at the Cannes film festival last night.

But at the end of a Cannes buzz, there is often an anti-climax. Not last night. With this wildly enjoyable black comedy, Tarantino really delivers.

For me, his masterpiece will always be 1994’s Pulp Fiction, but this isn’t far behind, with Leonardo DiCaprio and Brad Pitt both on thumpingly fine form. 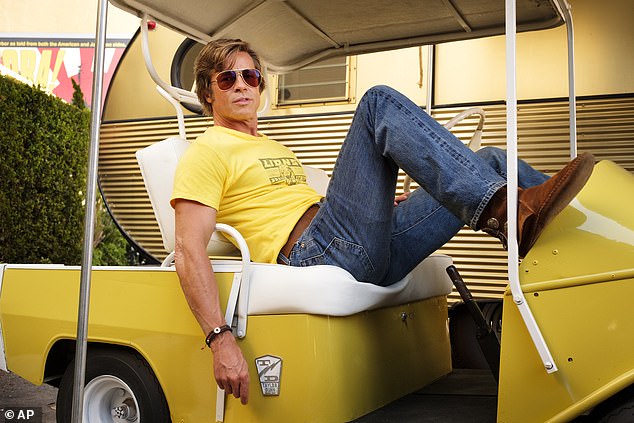 DiCaprio plays Rick Dalton, a self-pitying TV actor, worried that his career is on the slide and aware that his excessive drinking might be accelerating his decline, but unable to stop.

The story is set in 1969 and although it unfolds episodically, with a series of absorbing and sometimes very funny set-pieces that don’t particularly connect with each other, the narrative is driven by one simple, compelling, ominous fact – Rick’s new next-door neighbours in the swanky Benedict Canyon area of Los Angeles are the film director Roman Polanski and his young actress wife Sharon Tate, played here very sweetly by Margot Robbie.

In August it will be 50 years since the heavily-pregnant Tate and four others were brutally murdered in her home by indoctrinated members of Charles Manson’s so-called ‘family’.

The film takes us on a journey towards that terrible night, but on the way Tarantino is in incorrigibly playful mood and has enormous fun depicting certain fixtures of 60s Hollywood. 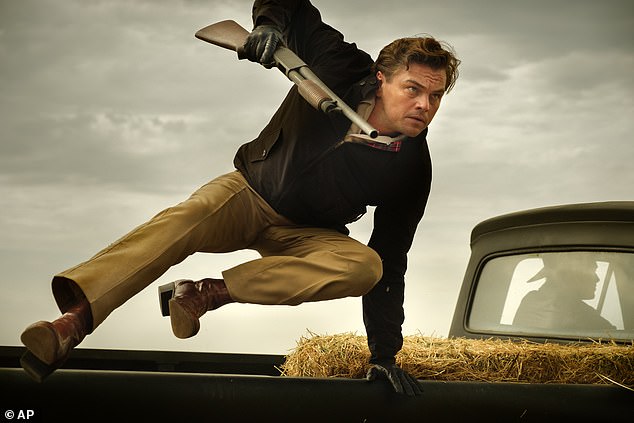 Leonardo DiCaprio stars as a self-pitying TV actor in Tarantino’s new movie, which takes viewers back to Hollywood’s Golden Era

For example, he sweeps us off to a party at Hugh Hefner’s Playboy Mansion, where we find a stoned Steve McQueen (Damian Lewis) running an appreciative eye over the female guests.

Tarantino recreates the era exquisitely and in a way has made the film a love-letter to his own square-eyed childhood, with lots of references to the movies of the time and to TV shows such as Bonanza.

Rick himself has been the star of a Bonanza-type series called Bounty Law, but a hotshot agent-producer (played with typical swagger by Al Pacino) tells him that his career is going nowhere – that he needs to get some film roles.

Rick duly lands one, a Western, with Sam Wanamaker (Nicholas Hammond) directing, enabling Tarantino to indulge himself with a movie-camera version of a hall-of-mirrors – DiCaprio playing a baddie being directed by Wanamaker, being directed by Tarantino.

Rick has a great scene with a little girl, who tells him afterwards that she’s never seen such excellent acting. He is absurdly chuffed. 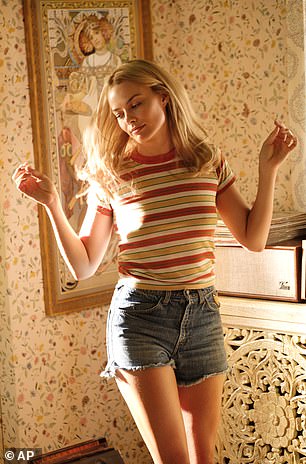 Really, he is a self-absorbed wreck of a man, and owes far more than he realises to the staunch Cliff who, after driving Rick back to his handsome bungalow, goes home each night to his humble trailer and devoted dog.

In so far as this film has a hero, Cliff is it, even though he has a major skeleton in his closet with which Tarantino naughtily tantalises us.

There are so many memorable sequences – admirers of the martial arts legend Bruce Lee (Mike Moh) might have to avert their gaze during one of them – and a clutch of eye-catching turns in little more than cameos from stars such as Kurt Russell, Dakota Fanning and Bruce Dern.

There is also, this being a Tarantino film, a full repertoire of tricks – voiceovers, split-screens, slow-mo, flashbacks. But they all add to the fun.

Dern plays George Spahn, who owned the ranch where Manson and his disciples hatched their evil.

So behind that fun there is genuine tension as the story inexorably (though not, it has to be said, concisely) moves towards a bloody ending that we all already know – or think we do. Let’s not dwell on the Tate murders. Let’s just say, to use the vernacular of 1969, that Once Upon A Time In… Hollywood is a trip.