The ‘Toxic’ singer has been having some fun with photography, and she showed off some of her first shots on Instagram.

Britney Spears has taken up photography, and she’s shown some of the fun she’s been having with a new pair of photos that she posted on her Instagram on Monday November 8. The 39-year-old popstar posted two photos that she got of herself from behind, using a timer, where she showed off her butt in a bright yellow thong. Britney seemed pretty happy about the two photos taken from her bedroom.

Both photos seemed to be mirror images of each other, and they showed Britney’s slender physique, as she had her back facing towards the camera. It seemed like the only lighting was coming from a lamp in the corner of the bedroom, and it seemed like she took the photos with a camera rather than a phone. “I used real photography camera in my room yesterday for the first time,” she wrote in the caption. “I put it on the stand and put it on a timer and got this.” She also made a joke about the fact that she was only wearing the thong, and it appeared that she had a plush, stuffed animal sitting on her bed. “It’s the yellow thong and Minnie Mouse on the bed for me.”

While the photo may be the star’s first with a “real photography camera,” Britney has shown off her love for Instagram and photos on plenty of occasions, giving fans glimpses into her life and keeping them updated with what’s going on with her. She shared a rare photo with her sons Sean, 16, and Jayden, 15, on November 4, where the family went to the Original Immersive  Van Gogh Exhibit together in Los Angeles. She also took to the photo-sharing app to post a video of herself “dancing [her] little heart out” along to Whitney Houston’s “I’m Your Baby Tonight” at the end of October. 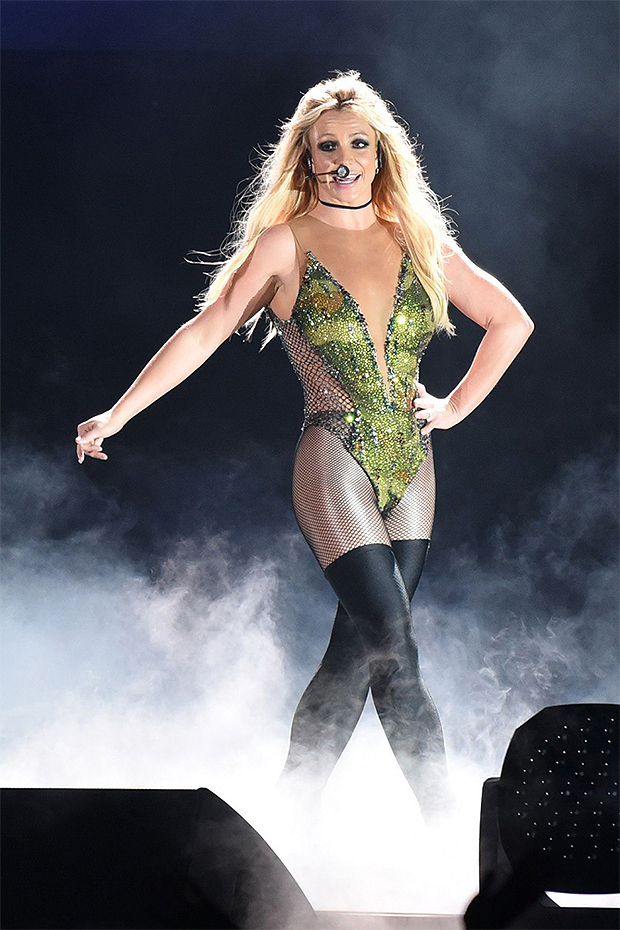 Britney is also days away from her November 12 court date, where a judge will legally determine whether to end her conservatorship. Her dad Jamie Spears filed documents on November 1, asking for the conservatorship to be terminated immediately. “Britney isn’t really doing anything to prepare for her upcoming court date. She’s just relaxing, spending time with [her fiancé] Sam [Asghari]. She’s praying a lot,” a source close to Britney revealed to HollywoodLife.