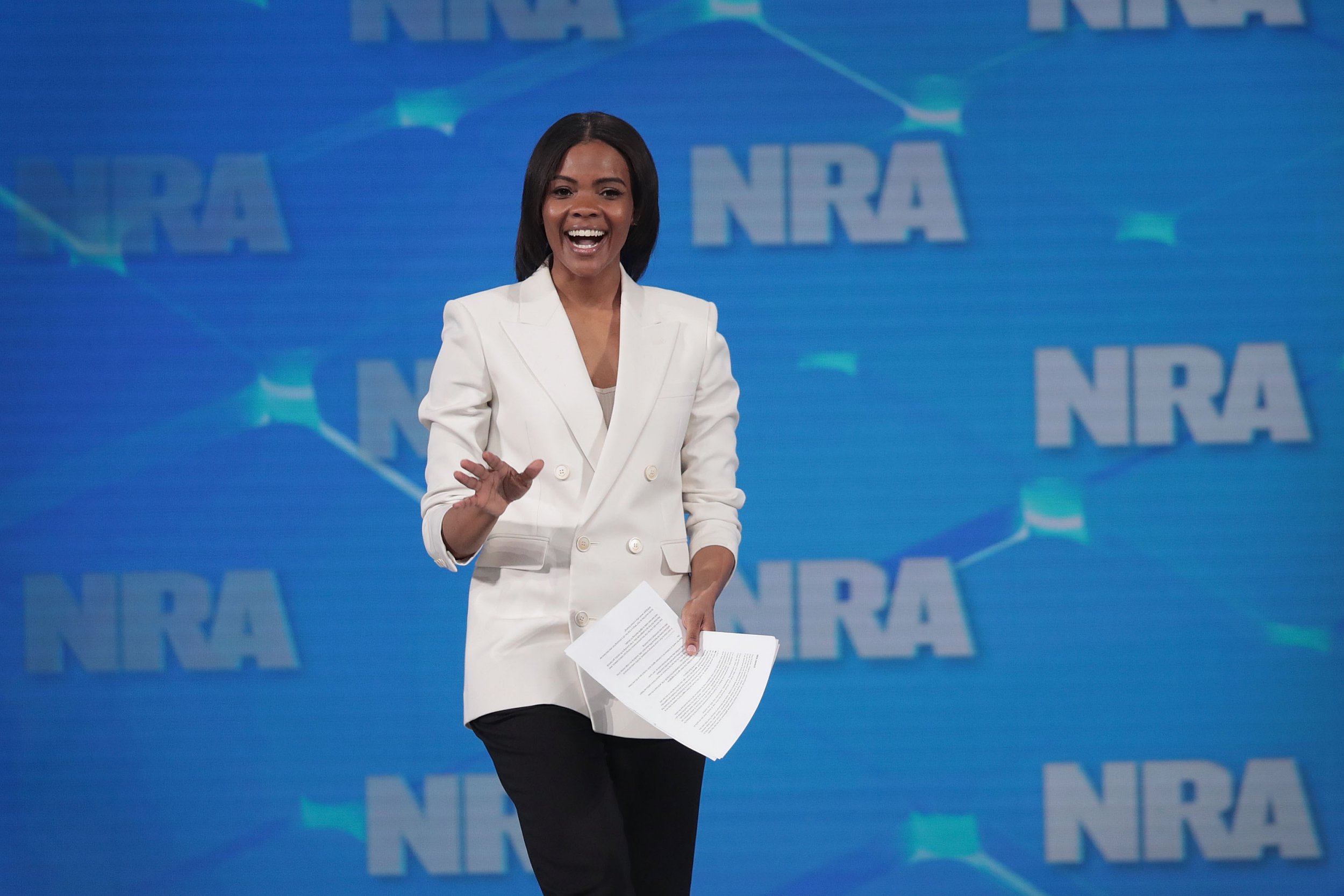 Candace Owens has blasted Chrissy Teigen over her tweets concerning Courtney Stodden – and has called on Macy’s to stop selling her products.

Earlier this week, Courtney, who recently came out as non-binary, alleged the cookbook author trolled them on Twitter when they were a teenager.

In a candid chat with Daily Beast, they claimed that Chrissy would DM them vile messages, in addition to tweeting posts like ‘I hate you’ at them.

Taking to Twitter, the author posted that ‘Chrissy Teigen has been platformed despite publicly victimising women for over a decade. Hollywood protects predators’.

She followed this up with the hashtag: ‘#SurvivingChrissyTeigen’.

Candace also urged her followers to reach out to Macy’s, where some of Chrissy’s products are on the shelves, and ask bosses to remove them.

‘They are still selling her products!! Unacceptable!!’

Her words come after Courtney opened up about the messages they allegedly got from John Legend’s wife, when they were a teenager.

The reality star hit headlines a decade ago when, at the age of 16, they married The Green Mile star Doug Hutchison, who was 50-years-old at the time.

Chrissy trolled Courtney on social media over the relationship, with the star telling the Daily Beast some of the private DMs they allegedly received.

‘People came out of the woodwork to beat up on a kid because she was in a situation that she shouldn’t have been in. There were a lot of celebrities acting like playground bullies,’ they said.

‘Some of the worst treatment I got was from women, and we’re not going to get anywhere if we keep holding each other back.’

While the alleged DMs remain unsubstantiated, now-deleted tweets which Courtney claims Chrissy sent in 2011 and 2012, when Courtney was 16 or 17, have surfaced.

Chrissy tweeted: ‘I hate you’ at the teenager in 2012 while in another tweet, she mocked: ‘What drug makes you do that with your mouth? Asking for a friend who really wants to know how to look like an idiot.’

Taking to Twitter on Wednesday to respond to the allegations, Chrissy wrote: ‘Not a lot of people are lucky enough to be held accountable for all their past bulls**t in front of the entire world. I’m mortified and sad at who I used to be.

‘I was an insecure, attention seeking troll. I am ashamed and completely embarrassed at my behaviour but that is nothing compared to how I made Courtney feel.

‘I have worked so hard to give you guys joy and be beloved and the feeling of letting you down is nearly unbearable, truly. These were not my only mistakes and surely won’t be my last as hard as I try but god I will try!!’

‘I have tried to connect with Courtney privately but since I publicly fuelled all this, I want to also publicly apologise. I’m so sorry, Courtney. I hope you can heal now knowing how deeply sorry I am,’ she added.

‘And I am so sorry I let you guys down. I will forever work on being better than I was 10 years ago, 1 year ago, 6 months ago.’

If you’ve got a celebrity story, video or pictures get in touch with the Metro.co.uk entertainment team by emailing us [email protected], calling 020 3615 2145 or by visiting our Submit Stuff page we’d love to hear from you.