In her new book No One Asked For This, Cazzie David’s description of her breakup with Pete Davidson offers some never-before-seen insight into one of the most surprising celebrity splits of 2018. The Los Angeles Times shared excerpts from the book, which is set to be released Nov. 17, and, in them, David got super honest about what it was like watching her ex publicly move on with Ariana Grande.

The Times reports that David and Davidson dated for two and a half years. They were so "infatuated" that he even "got a tattoo of her cartoon likeness on his arm, a tattoo of her name on his ring finger and a tattoo of her favorite emoji on his neck." The Times reported David "says she struggled to convince him that she really loved him, and she was fearful of ending things, because ‘previously, self-harm and suicide threats had come about from trivial circumstances.’" (Davidson has been open about his experience with Borderline Personality Disorder.)

When she finally did muster up the courage to ask for a break from the relationship, she reportedly wound up calling Davidson a few days later saying she realized she had made a mistake and wanted him back. But, in that timeframe, Davidson had apparently moved on. He reportedly told David that he was “the happiest he had ever been,” and officially dumped her via text two days later. 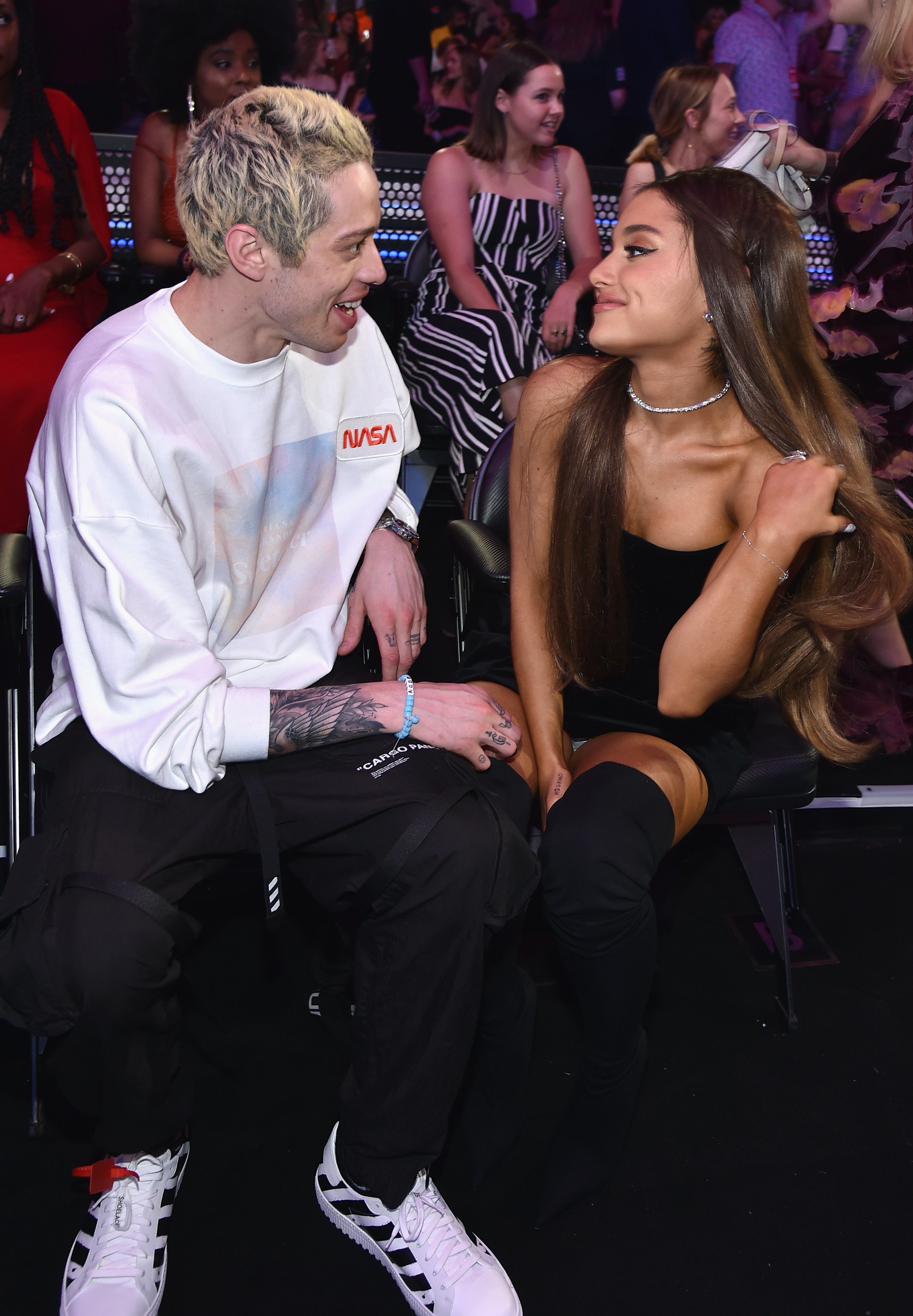 Social media only made things worse for David. On Instagram, she saw that he covered up the tattoos he’d gotten in her honor, and Grande fans left cruel comments on her photos. David told the Times her mind was flooded with images of Grande and Davidson “immediately falling in love, accompanied by audio of her baby voice whispering sweet nothings in his ear, dubbed over his past declarations of love and trust to me.”

David was so rocked by the situation that she spent the plane ride to her sister’s graduation being held by her dad as she “shook uncontrollably in his arms for the entire flight.” Even once they got to the graduation, David says she would wake up in the hotel “screaming in agony." The Times reports her dad pulled her out of bed and shouted, "CAZZIE, COME ON! YOUR ANCESTORS SURVIVED THE HOLOCAUST!” 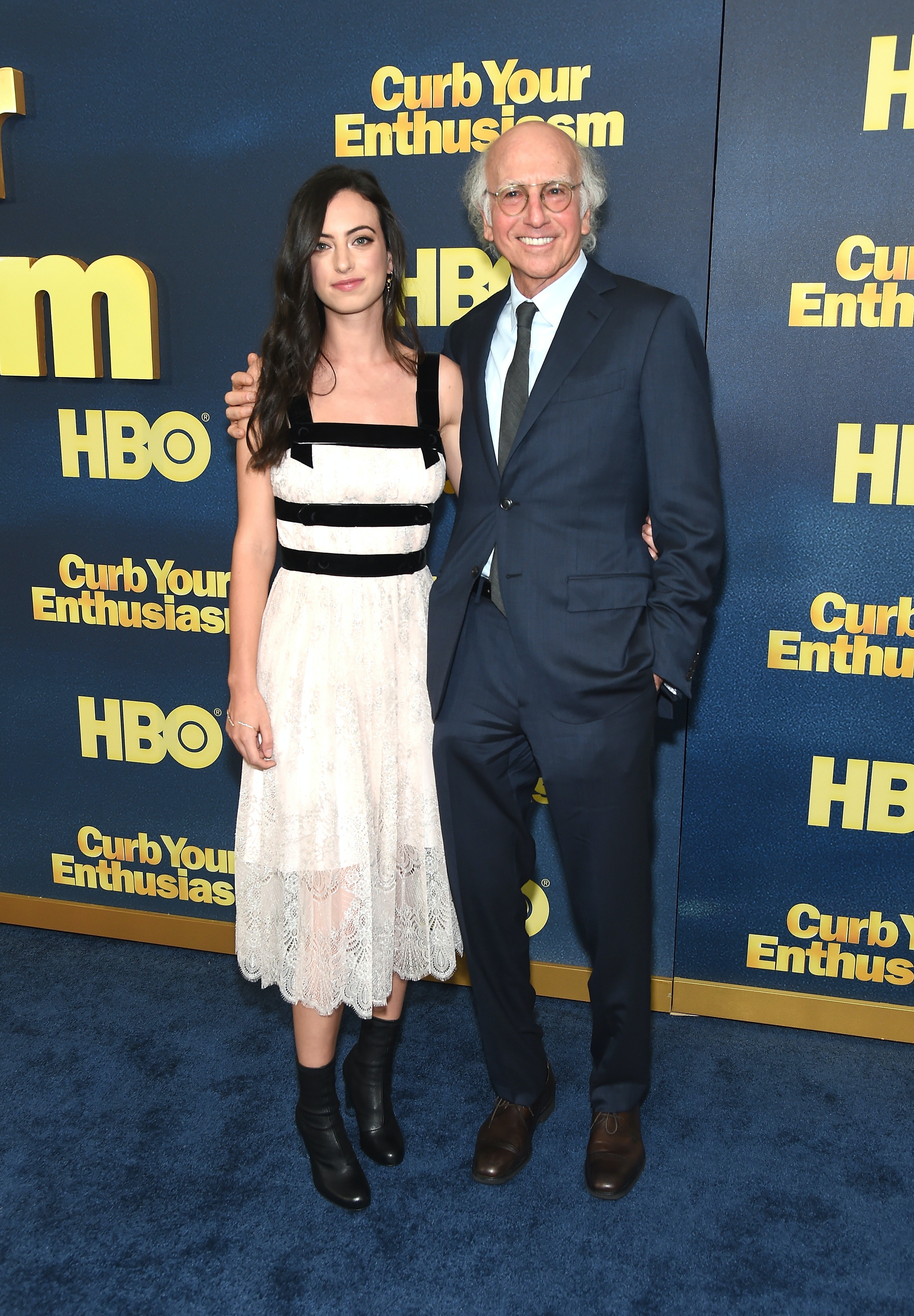 “It was a really pivotal moment in my life,” she told the Times. “And writing about it has caused me a ton of anxiety, especially because I talk so much about hating the attention it brought me. Why would I bring more attention to myself by writing about it? But there’s nothing that’s gonna be worse than what I already experienced with that.”

That said, the Times notes that David and Davidson have a come long way since that period. She even thanked him in the acknowledgments of her book, writing, “Pete. I love you … Your bravery inspires me and your friendship means the world to me.”

If you or someone you know is seeking help for mental health concerns, visit the National Alliance on Mental Health (NAMI) website, or call 1-800-950-NAMI(6264). For confidential treatment referrals, visit the Substance Abuse and Mental Health Services Administration (SAMHSA) website, or call the National Helpline at 1-800-662-HELP(4357). In an emergency, contact the National Suicide Prevention Lifeline at 1-800-273-TALK(8255) or call 911.