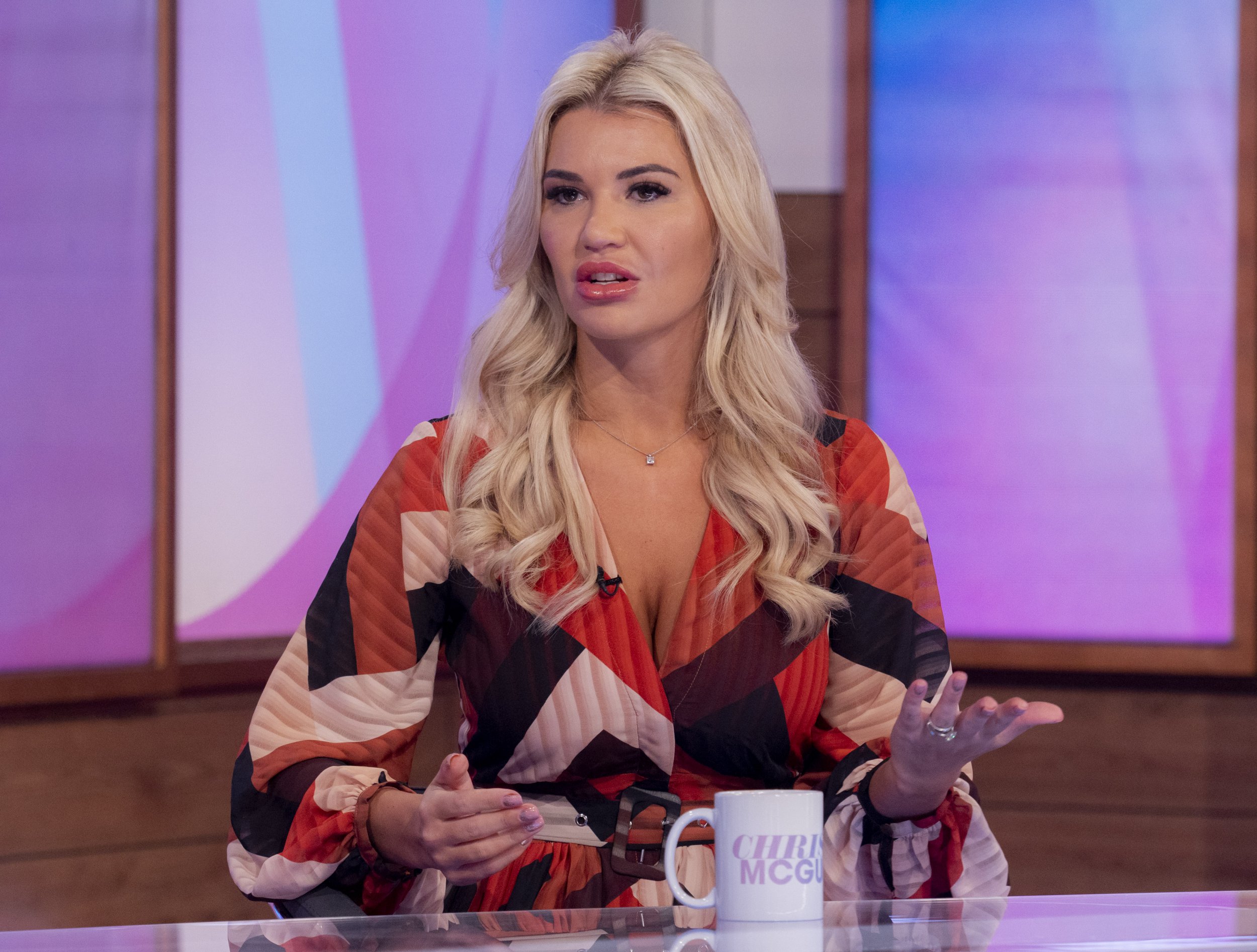 Christine McGuiness has revealed how she ‘broke down in floods of tears’ after being diagnosed with autism.

The 33-year-old model – who has twins Leo and Penelope, eight, and daughter Felicity, five, with husband Paddy McGuinness – admitted it is a ‘relief’ to have been told as an adult that she has the developmental condition, but it wasn’t something that surprised her as there have always been ‘little hints’.

Christine revealed her diagnosis, which is shared by all three of her children, in her memoir Christine McGuinness: A Beautiful Nightmare as she wrote in an extract published by the Daily Mirror: ‘I have been confirmed as autistic.

‘It’s strange, but I’ve noticed there are little hints throughout my life that I’m autistic and more like my children than I ever could have imagined. My issues with food, my social ­struggles, how hard I find it to make friends and stay focused, and my indecisiveness.

‘The way I float through life reminds me of how my eldest daughter Penelope is. It all makes sense now. And as much as I’m not totally surprised, it’s still been emotional for me to accept, but it’s a relief as well.’

Christine’s diagnosis was confirmed in August by expert Sir Simon Baron-Cohen at Cambridge University and she was overwhelmed by the news, which prompted memories about struggling at school – leaving with no GCSEs – because of her ‘inability to concentrate’.

She said: ‘It was a lot to take in and once my appointment was over, I broke down in floods of tears. I think it’s because the news conjured up a mixture of emotions and while I’m not totally shocked and it’s a relief, I’m just really sad for my younger self.

Because of my inability to concentrate and my hatred for my school, I left with no GCSEs. I was more than capable of sitting the exams, but I just couldn’t be in that exam hall.’

Christine revealed that it’s ‘normal’ for her to not go on nights out because she finds it ‘much easier to stay in and not have to deal with the real world’.

And she outlined that she was ‘trying to see [her] diagnosis as a positive thing, adding: ‘At least I know for definite.’

Christine explained how she and Paddy filled out an AQ questionnaire, which tests for symptoms of autism.

‘While lots of people might carry a few traits, to actually be classed as autistic you’re required to score a high number, and I did. The scale goes from zero to 50 and the average ­neurotypical person would score up to 15,’ she explained.

The star went to say that her score of 36 was ‘high’ while Paddy’s was ‘bang-on average’ as she called the period between the test and the diagnosis a ‘turbulent whirlwind’.

She continued: ‘Those two weeks between finding out I’d scored high on the test and my official ­diagnosis from Simon were a turbulent ­whirlwind of upset and trying to process the idea I could be autistic.

‘Sir Simon quickly put me out of my misery and confirmed I’m autistic. And not just mildly – I’m quite high up the spectrum.’