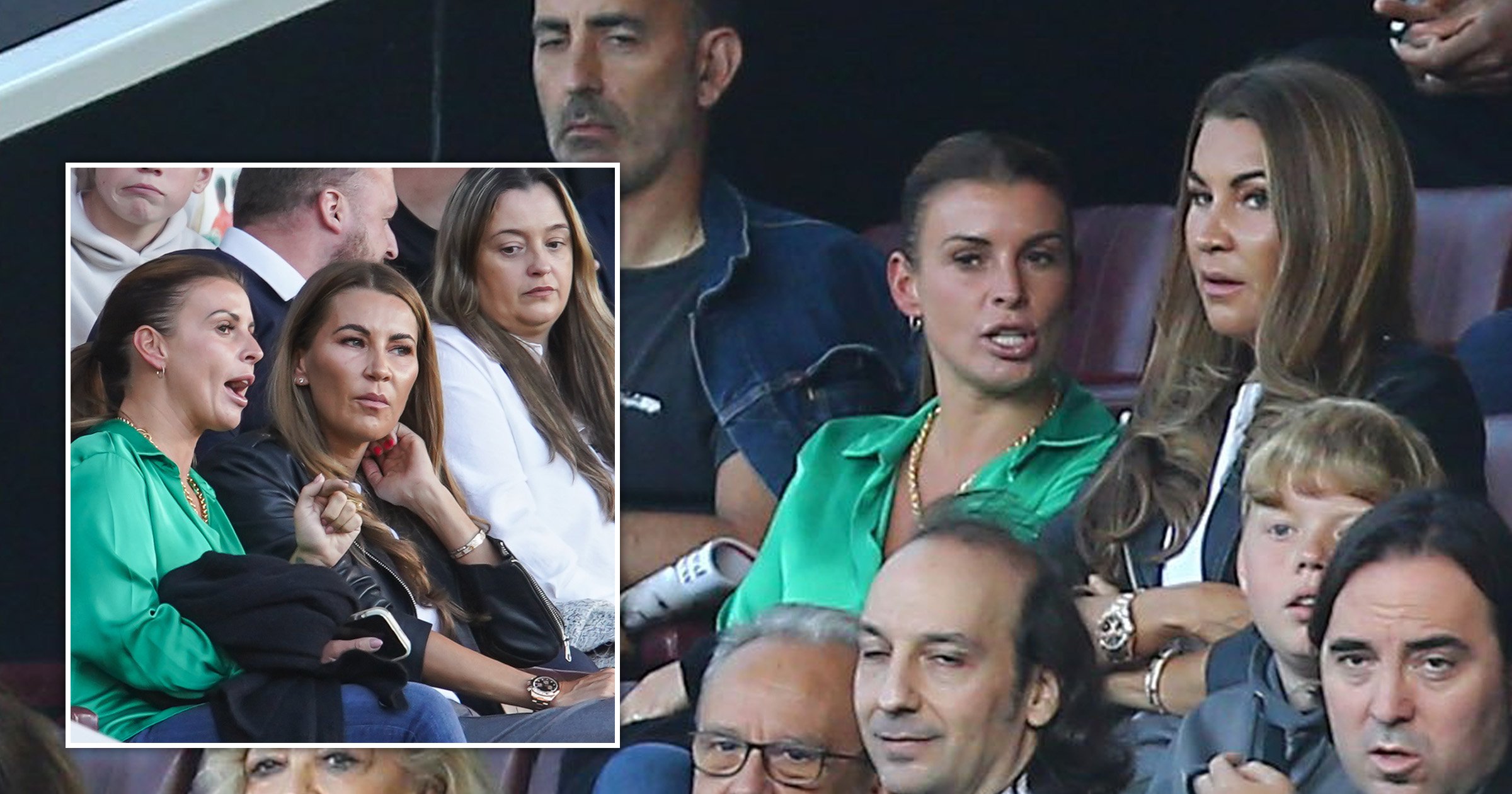 Coleen Rooney has made her first public appearance following her sensational victory against Rebekah Vardy in the ‘Wagatha Christie’ trial.

The mum-of-four, who is married to former footballer Wayne Rooney, was spotted arriving at Manchester’s Old Trafford to watch the pre-season friendly match between Manchester United v Rayo Vallecano.

Dressed casually in a green shirt and jeans, Coleen, 36, was joined by her two eldest sons Kai, 12, and Klay, nine, for the afternoon game, leaving her and Wayne’s smallest boys, Kit, six, and Cass, four, at home.

Kai,who plays for Manchester United under 12s side, is still recovering from his foot injuries as he was seen striding along wearing two medical boots.

Once sat in the stands in front of Manchester United’s Marcus Rashford, Coleen was in cheerful spirits and was seen chatting away to a friend.

Earlier in the afternoon, Coleen showed her support for the Lionesses by posting a message to the team ahead of the Women’s Euro final at Wembley Stadium. She wrote in her Instagram stories: ‘Good luck @lionesses You’ve got this.’

It’s the first time Coleen has been seen in public since she won her libel trial against Rebekah, dubbed Wagatha Christie.

The trial centred on Coleen’s claims that Rebekah, who is married to footballer Jamie Vardy, 40, had leaked false stories about her to the press.

Following the verdict, Coleen released a statement celebrating the result, saying: ‘Naturally, I am pleased that the judge has found in my favour with her judgment today.

‘It was not a case I ever sought or wanted. I never believed it should have gone to court at such expense in times of hardship for so many people when the money could have been far better spent helping others.’

However, Rebekah said she was ‘extremely sad and disappointed at the decision that the judge has reached’.

‘It is not the result that I had expected, nor believe was just. I brought this action to vindicate my reputation and am devastated by the judge’s finding.’

Rebekah has since returned to social media, posting a photo of herself with her back to the camera and flashing a peace sign. She is wearing a leather jacket with the slogan ‘normal is boring’ splattered across it.