Gigi Hadid and Zayn are giving hope ZiGi fans hope as they have reportedly got back in touch.

The pair went their separate ways earlier this year, a few months after they rekindled their romance following their original split in 2018.

But now it seems these two could try again as E! News reports they have started talking again. 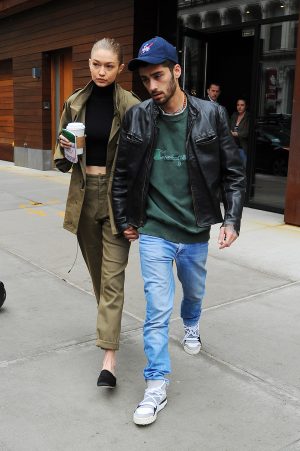 A source told the publication, “Gigi has always had a soft spot for Zayn and they have a lot of history together. They are definitely not getting back together but are on good terms right now.”

While it seems romance is not a priority at the moment, nothing can be ruled out when there’s history – something these two have a lot of.

“They went through a phase where they took time apart and weren’t communicating at all, but they have been in touch recently. She is supportive of him. They chat here and there but it’s been casual’, the source added.

The news comes just a few weeks after Gigi and The Bachelorette star Tyler Cameron ended their two-month romance.
After their amicable split, Tyler had nothing but great things to say about the Victoria’s Secret supermodel.

“I took it as I met a great person, a great friend. It wasn’t like a bad breakup or anything like that. It was just, we’re at different parts of our lives right now. We’re still friends.”

Gigi and Zayn first started dating in 2015, and officially announced their split in March 2018. Just a few months later they seemed to be back on, but later split again.

Could the on and off turned to on again? We’ll have to wait and see…