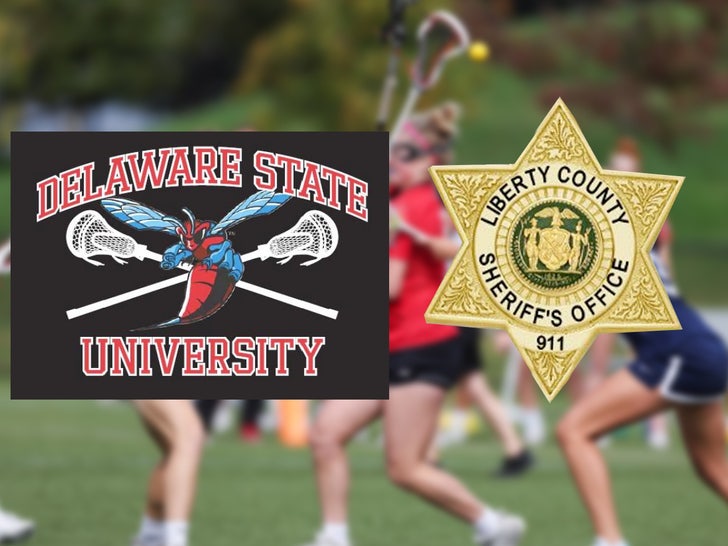 Members of the Delaware State University women’s lacrosse team claim they were racially profiled by police during a traffic stop last month … but law enforcement is insisting that’s simply not the case.

The HBCU’s lacrosse team was traveling back to campus after a game in Florida on April 20 … when their bus was pulled over for a minor traffic violation.

The school says the belongings of the student-athletes — including suitcases located in the luggage racks beneath the bus — were searched by police and drug-sniffing dogs.

Video footage of the police interaction with everyone on the bus was uploaded to a YouTube channel by Sydney Anderson, a player on the DSU squad.

In addition to the video, Anderson wrote a lengthy piece for the Hornet Newspaper, detailing what she describes as a traumatic experience, explaining she believes cops only did the thorough search because they were black.

DSU’s lacrosse coach Pamella Jenkins told Andscape she felt “angry” and “helpless” during the traffic stop because she sees her players as her own children and wants to protect them.

DSU President Tony Allen said in a statement that nothing illegal was discovered during the officers’ search … and that all of the school’s coaches and student-athletes comported themselves with dignity throughout a trying and humiliating process.

“I am proud of our student-athletes, their coaches, the athletic department, the leadership and the reporters and staff of the school newspaper. Our mission is a critical one and as much a part of the American story as any.”

Sheriff William Bowman of the Liberty County Police force held a press conference on Tuesday … where he addressed the incident.

The bus, according to the sheriff, was pulled over for driving in the left lane on the highway … when any bus or motor coach must drive in the 2 far right lanes.

As for the thorough search, Sherriff Bowman says deputies stopped a bus earlier that day and located contraband on board … and contends the stop of DSU’s bus was not racially motivated based on the information he has available to him.

Sherriff Bowman said the agency will be reviewing the case to see if there were any policy violations or laws broken.