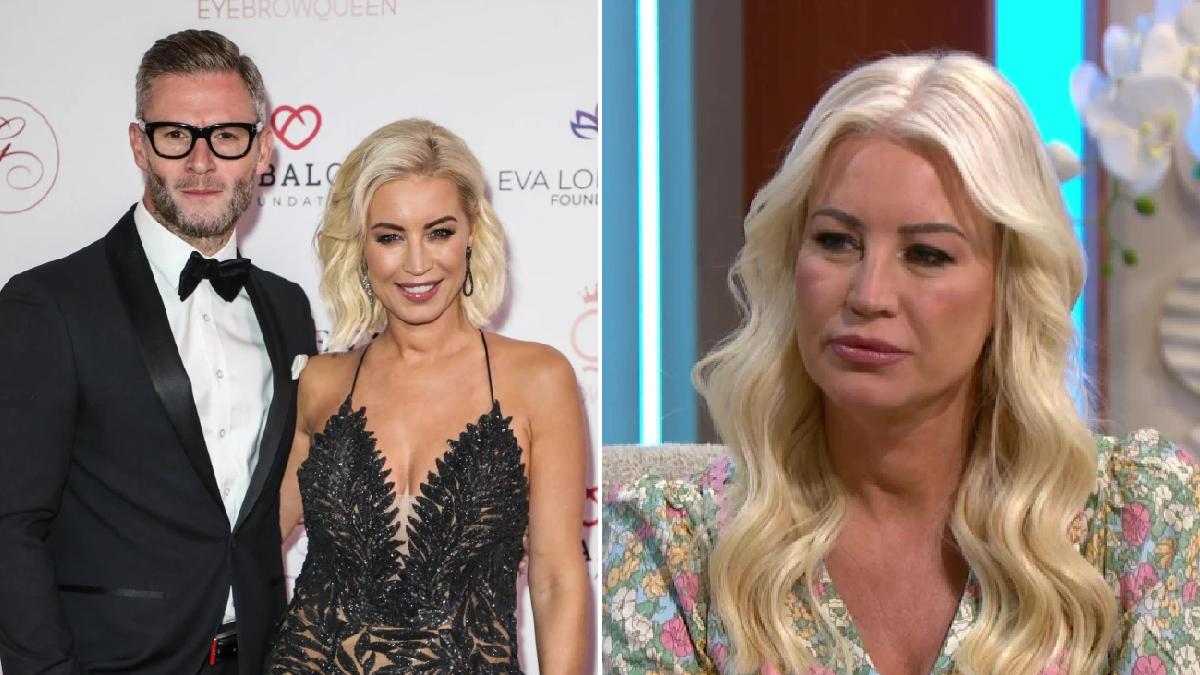 Denise Van Outen has revealed why she refused to stay in her relationship with ex-fiance Eddie Boxshall after she allegedly caught him sexting other women.

The Gogglebox stars split in January after seven years together and Denise, 47, later claimed she found messages and photos from other women on Eddie’s iPad.

Despite the public revelations, Eddie, 48, has not directly addressed the allegations but has alluded to wanting to ‘move on’ from the controversy.

In her new memoir A Bit Of Me: From Basildon to Broadway and Back, Denise divulges further on their shock split and asks herself if she could forgive Eddie for his alleged behaviour.

However, she realised: ‘I’ve got too much self-respect and I just can’t live like that. I felt like, in a few selfish moments, he’d ruined it. I couldn’t imagine it ever feeling the same,’ the presenter told OK! Magazine.

Denise said that opening up about the break-up in her book was ‘cathartic’ and an ‘opportunity to be open about certain things’.

‘Some of it is difficult to talk about but I think that after writing it and now it’s out there, I feel better,’ she said, adding: ‘It gave me an opportunity to really appreciate some of the things that I’ve done.’

The Towie narrator recalled how she used to deal with heartbreak in the past and now looks back at her decision to end the relationship as an ‘incredible thing to do’.

She explained: ‘I believe everything happens for a reason, so I don’t really have any regrets at all. It just shapes you for the next part of your life.

‘If anything, I wish I’d known how to get myself out of heartbreak a little bit more. It’s a horrible thing to be stuck in it, and I think when I was younger I didn’t do the right things.’

Denise now exercises self-care and keeps her work schedule busy rather than ‘moping around’.

The actress also revealed what it was like to break the news of her split from Eddie to her 11-year-old daughter Besty, who she shares with ex-husband Lee Mead.

‘It tore me apart watching her cry while I tried to make her understand,’ she admitted.

Martha Stewart on If Pete Davidson and Kim Kardashian Will Last: "No, Of Course Not"