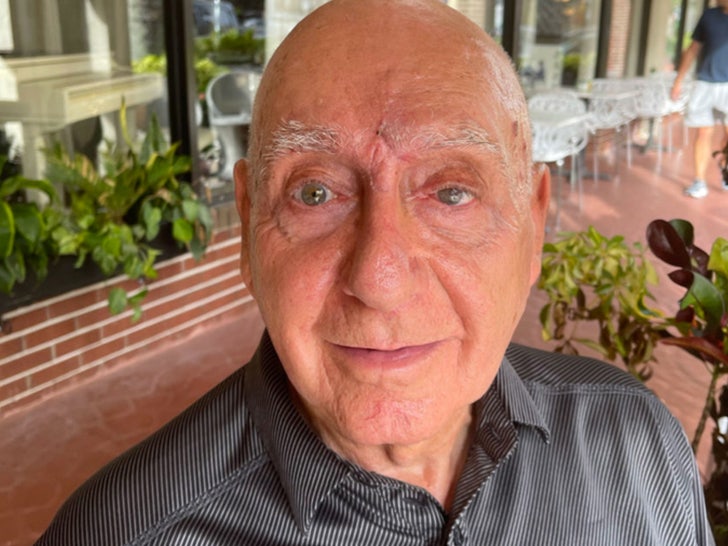 Scary news from legendary hoops announcer Dick Vitale … who’s opening up on his battle with melanoma this year — but thankfully, he caught it early and is cancer-free!!

82-year-old Dickie V revealed he first heard the news this summer after having a growth removed from above his nose … which later came back positive for skin cancer.

But fortunately, the timing couldn’t have been better … with Vitale explaining, “It helped that we caught it early, and I was thrilled to learn it hadn’t spread.”

“The bottom line is they removed all cancer cells, and I was relieved, big time, to be cancer clear.”

Dickie V says he underwent 4 procedures to help clean up the area above his nose … but jokes, “We all know I’m never going to look like Tom Cruise. I’ve got no hair on my dome and I’ve got a body by linguini.”

“Fortunately, I continue to heal from those cosmetic surgeries and it’s working out fine.”

Vitale gives credit to the V Foundation for getting checked early … saying, “Because of early detection, something the V Foundation constantly emphasizes, thankfully we were more prepared.”

The college hoops legend says he continues to heal, but will be back calling NCAA games for his 43rd(!!!) season — and hopes this story inspires folks to get checked!

“Luckily, I took care of it when I did and I can’t stress enough that you all should do the same!”

“That’s how I’m going to achieve my goal of sitting courtside calling a game when I’m 100 years old!”