Trump showed up at A.G. Letitia James‘ office Wednesday morning, fist raised and defiant. He issued a long statement, saying, “We cannot permit a renegade and out-of-control prosecutor to use this investigation as a means of advancing her political career.” 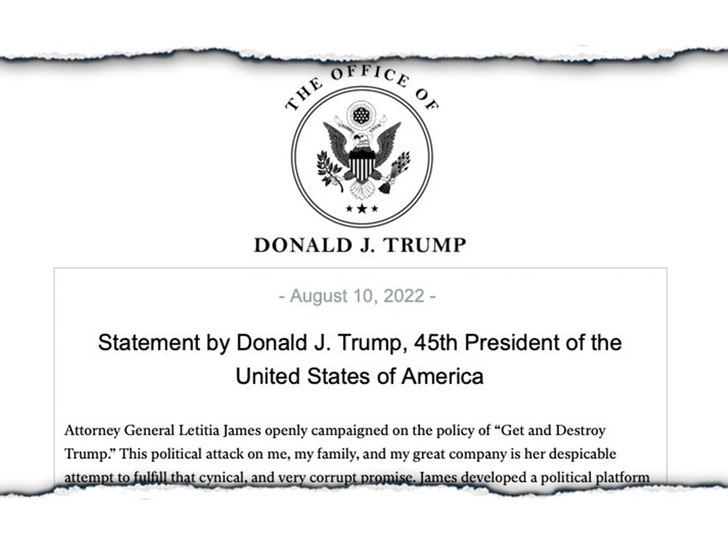 Trump went on to claim James has campaigned on the promise … “Get and Destroy Trump.”

As for taking the Fifth, Trump said, “I once asked, ‘If you’re innocent, why are you taking the Fifth Amendment?’ Now I know the answer to that question. When your family, your company, and all the people in your orbit have become the targets of an unfounded, politically motivated Witch Hunt supported by lawyers, prosecutors, and the Fake News Media, you have no choice.” 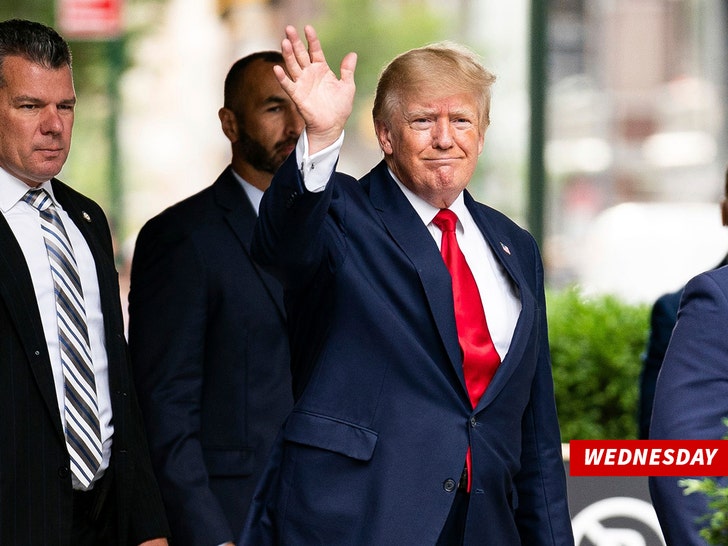 Trump added, “I did nothing wrong, which is why, after five years of looking, the Federal, State and local governments, together with the Fake News Media, have found nothing.”

Trump has also blasted the feds for the Mar-a-Lago raid, claiming they ransacked Melania‘s wardrobe in their search for documents.