“Beautiful boy,” Emily Ratajkowski captioned her Mar. 24 Instagram Photo, and no one could disagree. In the picture, the 29-year-old model was feeding her and Sebastian Bear-McClard’s newborn baby boy, Sylvester Apollo Bear. The photo could have been from one of Emily’s editorial shoots. With the sun behind her hair, the new mom held her baby to her breast, allowing him to drink up. It was a serene picture of motherhood, one that melted the hearts of Emily’s 27.2 million followers.

“*ovary explosion*,” added model/socialite Poppy Delevingne. Lily Aldridge, Irina Shayk, Carolyn Murphy, and others left strings of heart emojis. Chantel Jeffries left a trio of happy faces, while Halsey – who is pregnant herself – left a ‘Pleading’ face, meaning that she was completely overwhelmed by the beauty she was looking at. “With a beautiful mama,” added artist Laetitia Ky.

This moment of motherly love comes two weeks after Emily gave birth. “Sylvester Apollo Bear has joined us earth side,” she wrote on Mar. 11, adding that Sly “arrived 3/8/21 on the most surreal, beautiful, and love-filled morning of my life.” In the birth announcement, Emily was seen breastfeeding her boy, gazing lovingly at the child she carried for nine months. 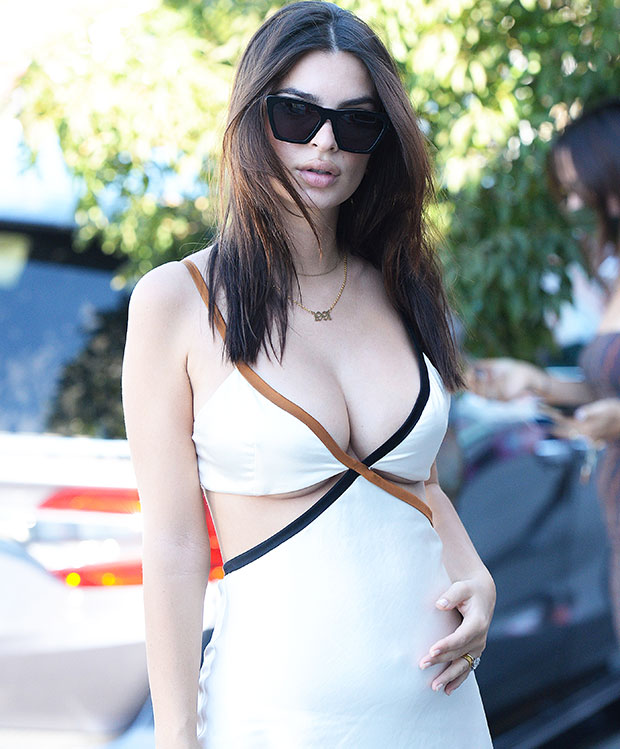 Though Emily called her baby a “beautiful boy” in this latest Instagram offering, she’s going to try and raise Sly without feeling any pressure to conform to a certain gender. “I like the idea of forcing as few gender stereotypes on my child as possible,” she wrote in Vogue. Before Sly’s arrival, Emily made the decision not to find out the sex of her baby, just to help her get into a better mindset. “But no matter how progressive I may hope to be, I understand the desire to know the gender of our fetus; it feels like the first real opportunity to glimpse who they might be.” 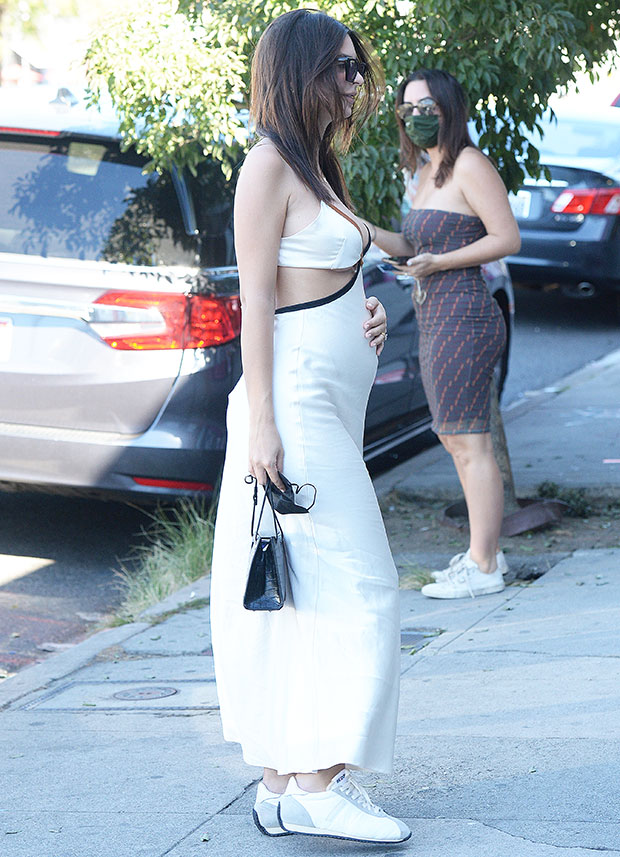 Emily also noted that she had “apprehensions about having a boy” because she’s known “far too many white men who move through the world unaware of their privilege, and I’ve been traumatized by many of my experiences with them. And boys too; it’s shocking to realize how early young boys gain a sense of entitlement—to girls’ bodies and to the world in general. I’m not scared of raising a “bad guy,” as many of the men I’ve known who abuse their power do so unintentionally. But I’m terrified of inadvertently cultivating the carelessness and the lack of awareness that are so convenient for men.”

“How do I raise a child who learns to like themself while also teaching them about their position of power in the world?” she asked. According to the essay, Emily was approaching motherhood with an open and aware eye, but judging by the latest photo, she’s not above allowing her these quiet moments of joy with her child.