The pregnant model, who is expecting her first child with indie film producer Sebastian Bear-McClard, snapped a straight-faced mirror selfie and wrote lengthy captions about her changing face and body.

“For anyone saying ‘you need to stop w/ the lip injections’: I’ve never had lip injections (no judging folks who do—y’all look great!) but you can’t even get injection when you’re pregnant!” Ratajkowski, 29, wrote. “A woman’s blood volume increases 50% which is why ladies can get a little puffy in the face and lips during pregnancy.”

Although Ratajkowski is adamant that dermal fillers cannot be done while pregnant, it is not against the law to do so. Moreover, the long-term effects of fillers or Botox-like substances on pregnant or breastfeeding women is currently not known, according to a report from Sistine Plastic Surgery – a Pittsburgh-based plastic surgery clinic. 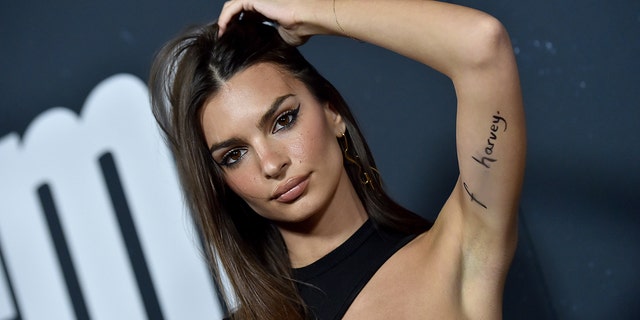 Emily Ratajkowski addressed the people who have accused her of getting lip injections while pregnant. She adamantly denied the suggestion. (Axelle/Bauer-Griffin/FilmMagic)

The lack of available research is a big reason why most aesthetic physicians and certified injectors refrain from working with patients in this life stage. However, it’s not impossible to find a practitioner who can provide an injectable service.

Fellow model Chrissy Teigen, 35, shared with her 13 million Twitter followers that she was “cleared to do neck muscle botox along with a crazy combo of beta blocker shots and radio wave frequency” to help with her migraines in September.

CHRISSY TEIGEN EXPLAINS WHY SHE’S GETTING BOTOX DONE WHILE PREGNANT

Teigen elaborated that she gets jaw Botox done to help with teeth grinding rather than for cosmetic reasons.

Aside from Teigen’s transparency with her followers, other celebrities have been accused of getting dermal fillers or Botox while pregnant.

8 CELEBRITIES WHO HAVE CHANGED THEIR MINDS ABOUT COSMETIC PROCEDURES

In a situation similar to Ratajkowski, Beyoncé’s team spoke out against unfounded lip injection rumors in 2017, according to Harper’s Bazaar.

That same year, TV personality Dr. Mehmet Oz sparked discourse during an appearance with “Watch What Happens Live with Andy Cohen” when he suggested that Kylie Jenner should be OK if she continued to get lip injections while pregnant.

Multiple medical professionals spoke out against the sound bite saying the cosmetic procedure is ill-advised.

“I recommend that women stop getting lip fillers as soon as they learn they are pregnant,” Ourian told Page Six at the time. “No one knows the implications of lip fillers on pregnant patients since dermal fillers haven’t been tested on pregnant women.”