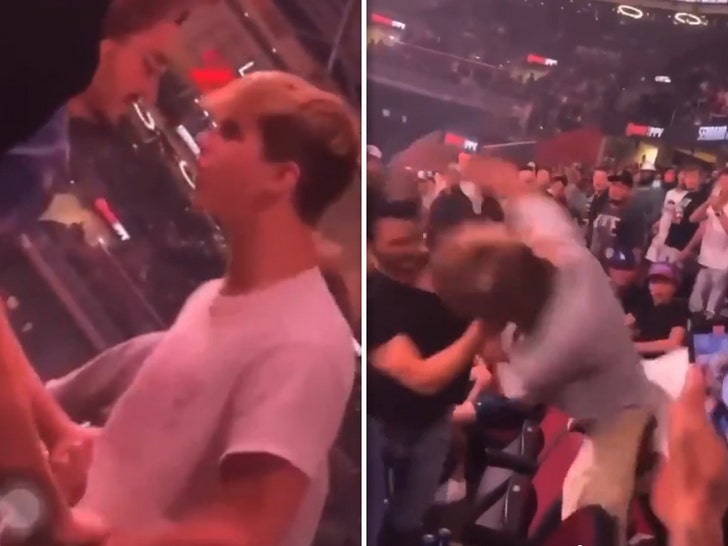 Just before Jake Paul won his boxing match over Tyron Woodley on Sunday … several fans beat the hell out of each other in the stands at the arena — and the scrap was VIOLENT.

The melee took place just prior to Paul and Woodley’s walkouts … when a fan in a white T-shirt could be seen screaming at another — appearing to yell, “f*** you.”

Footage from the scene shows the screaming guy was then punched in the face … and then all hell broke loose.

You can see in the video, two other fans joined the fracas … with everybody throwing — and landing — wild haymakers.

It’s unclear what started the fight or how it ended … but we’re guessing security was ultimately called to the scene to break it up.

Not clear if any arrests were made … we’ve reached out to cops — but so far, no word back yet.

As for the fighting IN the stands … Paul was very impressive in his fourth-ever boxing match, beating Woodley via a split decision.

The two fighters seemed to agree to a rematch afterward … with Paul giving Woodley another shot if the former UFC champ got the “I Love Jake Paul” tattoo done.

Here’s to hoping the fighting actually stays in the ring in their next bout.