We’d asked you to send us pictures about how you are celebrating the Tiranga this 75th Independence Day. Arindam Chanda from New Jersey writes: “We live in Voorhees, New Jersey, USA.
“Every year on August 15 we fly the Indian flag from our flag pole in the house.
“We are the only Indian family that does so. Our neighbours do not mind as I also fly the USA flag on July 4, America’s Independence day.
“This time my 9 yr old daughter Elaina Chanda and myself drew the Indian flag on paper and had it fly outside from a pole.” Urmila Joshi, who lives in Modesto, California, shows us how her son celebrated the spirit of the Tiranga. 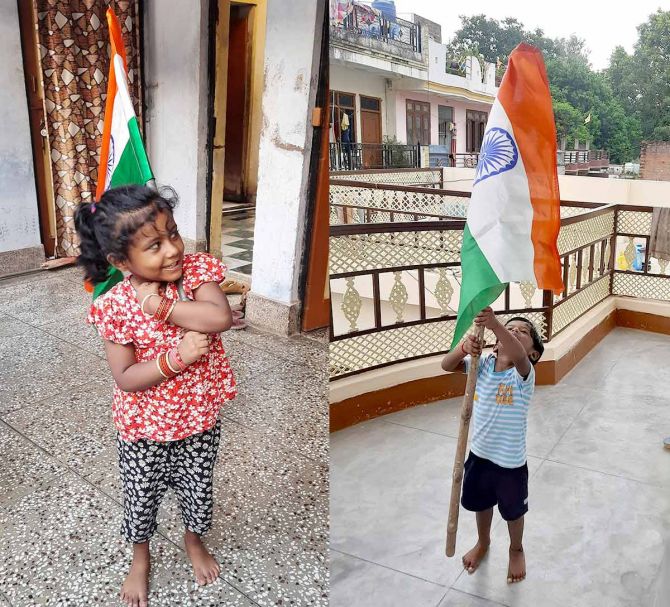 On Independence Day this year, Ajay Pratap Singh‘s four-year-old daughter Adrija (left, above) and two-and-half-year-old son Kushagra were in two different cities. But their love for the Tiranga unites them in these pictures clicked at Prayagraj and Mirzapur respectively. 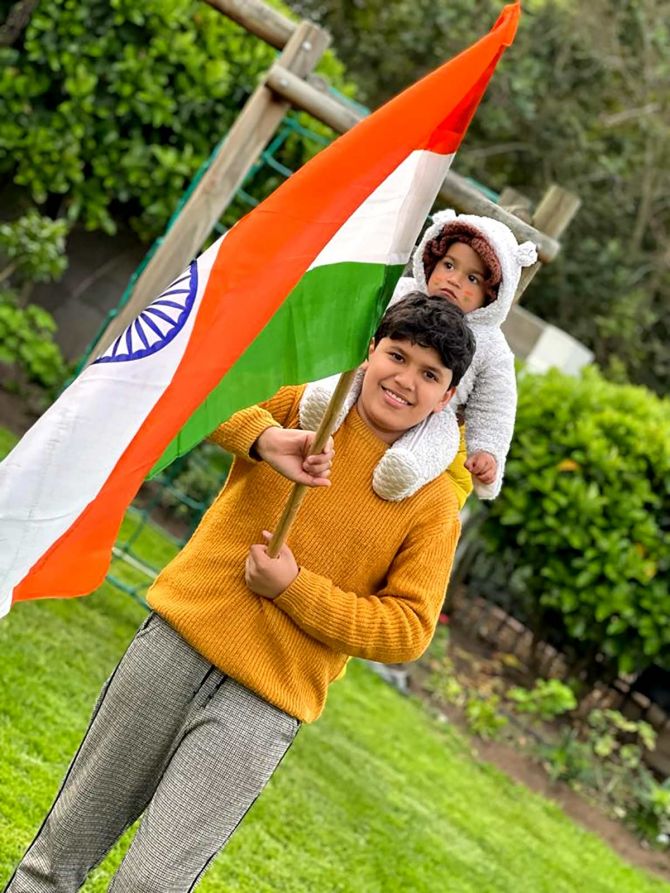 Sujata Sharma from New Delhi sent us this Tiranga selfie. Delhi couple Pallavi Chintal and Vikas Chintal with the Tiranga.