Geri Halliwell is backing Liz Truss in the Tory leadership contest after she reportedly told the politician to “go for it”. It comes as the wife of F1 boss Christian Horner faced backlash over a snap of herself hugging Tory minister Nadine Dorries at the Lionesses’ match, which was posted on social media by the minister.

She said “go for it”, she was very positive

However, Dorries wasn’t the only Tory MP who Halliwell was seen brushing shoulders with as she posed for a snap with Liz Truss at Wembley Stadium.

Truss revealed the encouraging words the singer gave her amid her running to become the next prime Minister.

The Foreign Secretary told MailPlus: “She said “go for it”, she was very positive.” 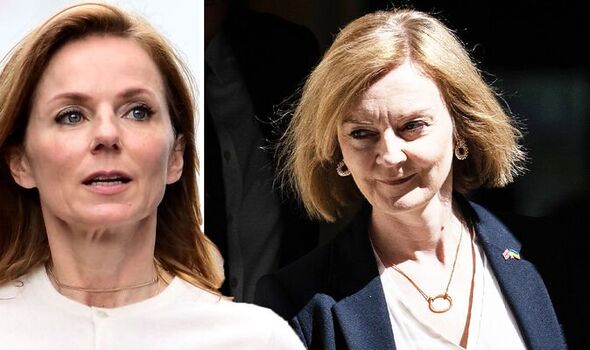 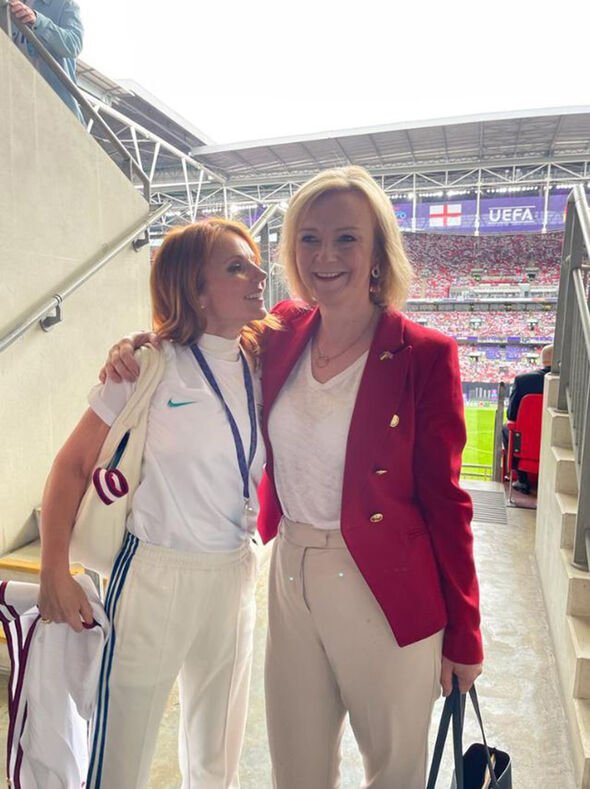 Following the Lionesses’ game, the Secretary of State for Digital, Culture, Media and Sport shared an elated snap of herself and the Spice Girl star in the stands of Wembley.

Looking elated, Halliwell hugged Dorries from behind as the minister grinned ecstatically for the picture.

She captioned the snap: “Girl power radiating from Wembley tonight.”

Halliwell previously referred to former PM Margaret Thatcher as “our 1st lady of girl power” following her death in 2013. 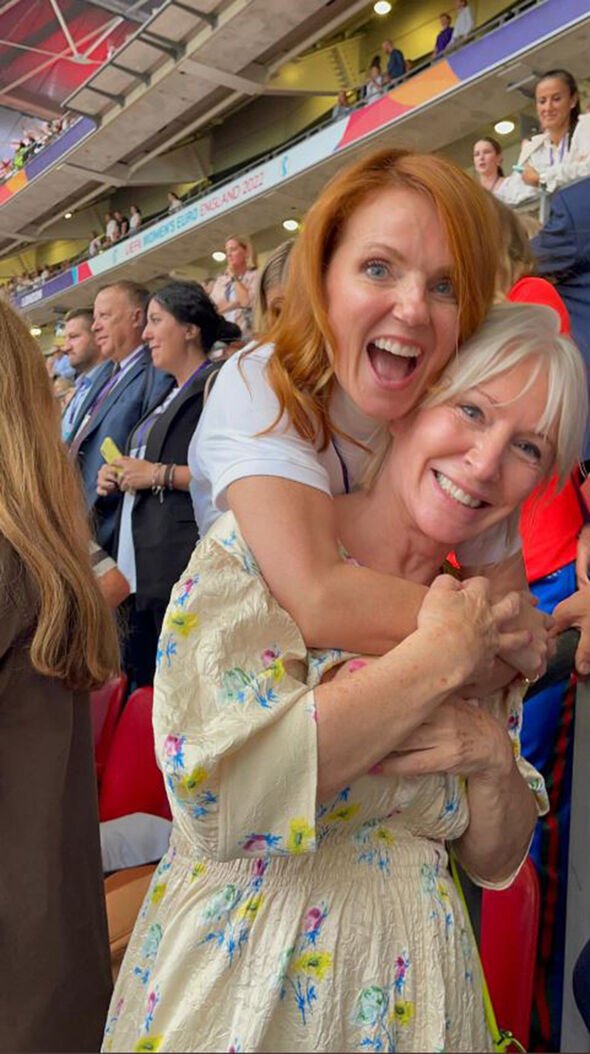 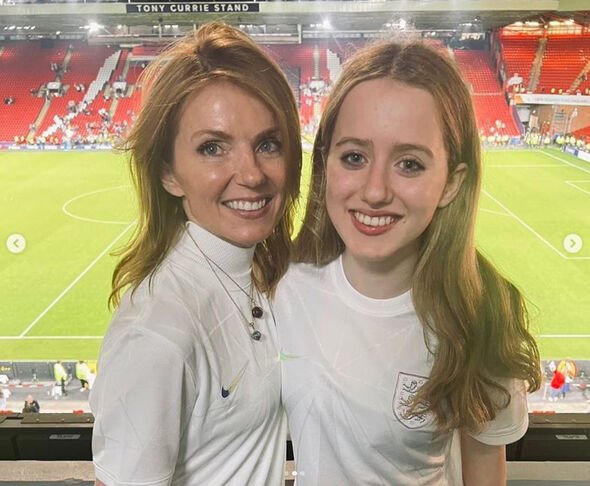 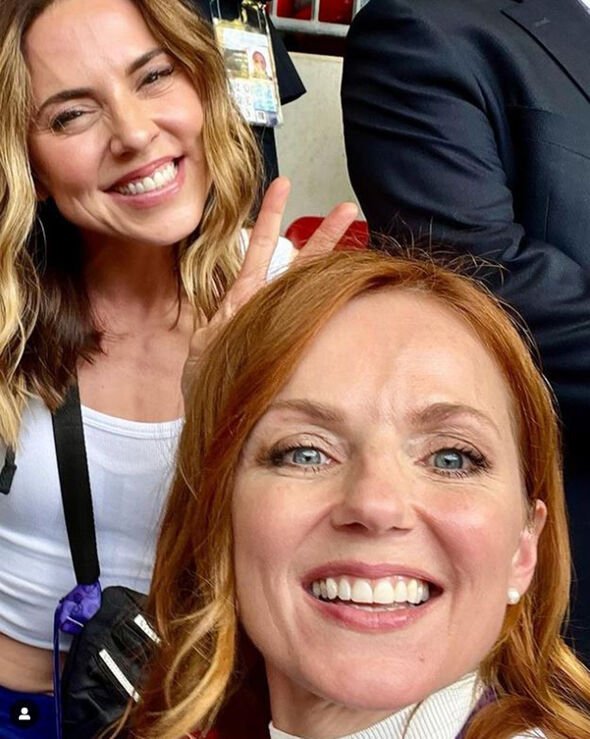 Attending the match on Sunday, Halliwell sparked a frenzy on social media after sharing a snap of herself with fellow Spice Girl, Mel C.

The pair looked amazing as they watched England vs Germany at Wembley Stadium in the Euros Women’s finale.

Geri looked very youthful in white and wore her hair in a light wave, similar to Mel C.

This comes as Geri’s husband Christian Horner, 48, is currently celebrating after winning the Hungarian Grand Prix with Max Verstappen.

Verstappen won despite a spin costing the lead, with the driver even passing rival Charles Leclerc twice.

Geri also shared a series of sweet snaps of herself with daughter Bluebell ahead of the game.

In the first, the singer could be seen with her arm around her daughter’s neck as she hugged her mum around the waist.

They both wore matching England football shirts with their names on.

In the second, the pair grinned at the camera with Bluebell striking an uncanny resemblance to her famous mum.

The last saw Geri planting an affectionate kiss on her daughter’s cheek as they waited for the same to start.

Geri sparked a frenzy in the comments, with nicolascordellis writing: “What lovely photos, Bluebell is a mini version of you!”

While p_pinsent added: “Aaaaw. How adorable. Mum and daughter sharing the moment together!!”