Gogglebox stars have taken to social media to pay tribute to Prince Philip after Buckingham Palace confirmed the death of the Royal Family member earlier today, aged 99. The sad news comes after the Duke of Edinburgh had been shielding with the Queen at Windsor Castle during the pandemic and was released from hospital in March following a month-long stay.

Stars of the Channel 4 series came together on Instagram to mourn the loss of the Queen’s husband.

Leeds based Ellie Warner, who stars on Gogglebox with her sister Izzi, posted a black and white picture of the Duke of Edinburgh to her Instagram stories, which had come from the Royal Family’s official account.

She then went on to comment on her co-stars’, Jenny and Lee’s post, which they had shared in tribute to the duke.

They wrote: “Such sad news RIP Prince Phillip Duke of Edinburgh GOD SAVE THE QUEEN.”(sic) 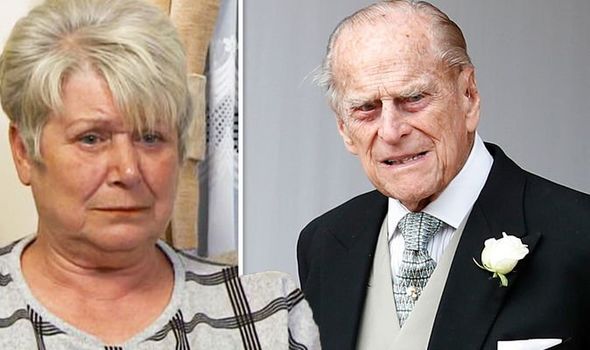 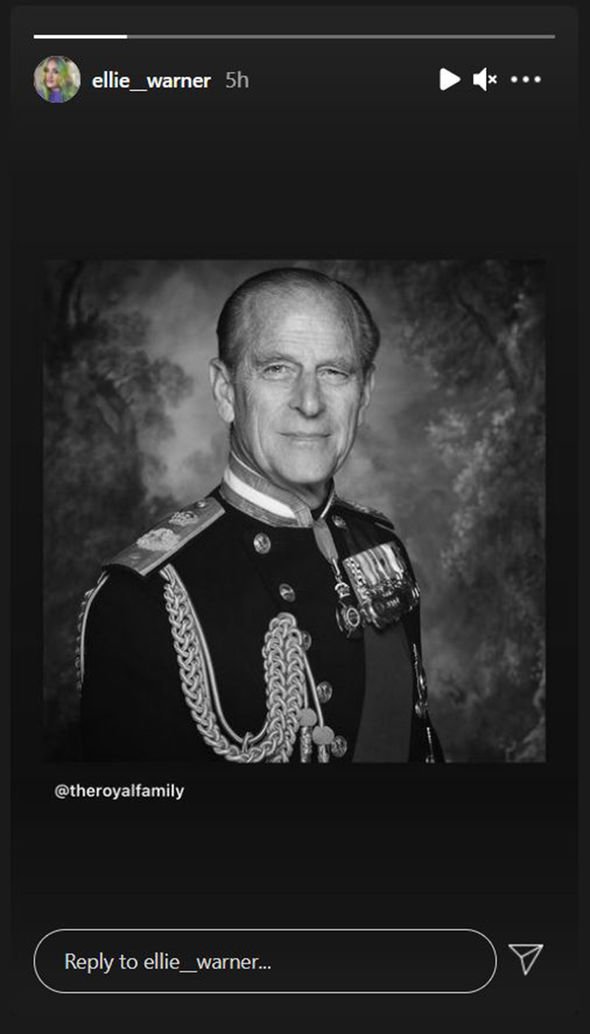 Ellie replied to the duo: “Can’t believe it so close to his centenary year,” followed by a crying face and broken heart emoji.

Prince Philip would have turned 100 in June, and was married to Queen Elizabeth for 73 years.

Buckingham Palace announced earlier today that The Duke of Edinburgh had passed away peacefully at Windsor Castle.

The official statement read: “It is with deep sorrow that Her Majesty The Queen announces the death of her beloved husband, His Royal Highness The Prince Philip, Duke of Edinburgh. 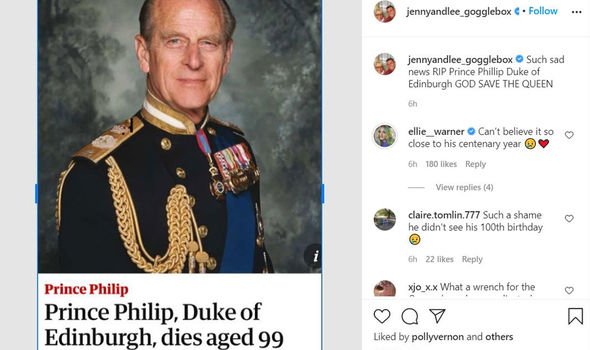 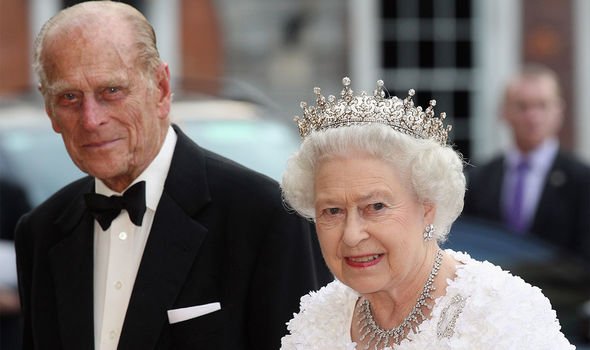 “His Royal Highness passed away peacefully this morning at Windsor Castle.

“Further announcements will be made in due course.

It ended: “The Royal Family join with people around the world in mourning his loss.”

Channel 4 have confirmed that Gogglebox and The Circle will still be aired as planned this evening.

Their confirmation comes amid TV schedules being altered following the news of Prince Phillip’s death.

They announced: “In light of the sad news of the death of HRH The Duke of Edinburgh we can confirm the following changes have been made to tonight’s Channel 4 schedule.

“Gogglebox and The Circle will also be broadcast tonight as planned.

“Any further changes tonight or over the coming days to be confirmed.”

BBC have stated that Gardeners’ World and The One Show will not go ahead as usual, as they run News Specials dedicated to Prince Philip instead.

ITV’s daytime show Loose Women and BBC’s Bargain Hunt were both taken off air and replaced with shows remembering the Royal.

Following the breaking news, the country has entered a state of mourning, which includes all political campaigning to be suspended.

Gogglebox will be aired this evening on Channel 4 at 9pm.