Gwen Stefani has upgraded! The No Doubt alum is Mrs. Shelton now, and she’s making that abundantly clear to everyone — including husband Blake Shelton.

Gwen Stefani who? The 51-year-old No Doubt front woman outright told her new husband Blake Shelton, 45, that she would like to be called ‘Gwen Shelton’ now in an adorable exchange that’s gone viral. On Thursday, July 15, the married stars were performing together for the first time since tying the knot at the Ole Red bar when Blake — who was sitting beside his wife — said to the crowd, “We have Gwen Stefani singing in Tishomingo, Oklahoma,” which earned a big applause from the audience.

But Gwen had a quick correction for her husband. “I thought it was Gwen Shelton,” she said with a laugh, which earned an even larger roar from the attendees. After the couple’s performance, Blake finally got his wife’s new moniker right. “Goodbye Gwen Shelton,” he said as Gwen left the bar, according to E! News.

Gwen and Blake said “I do” on July 3 after nearly six years together. They exchanged vows in an intimate ceremony officiated by close friend Carson Daly on their 1,500-acre Oklahoma ranch. The bride wore a white tulle dress and veil — adorned with the names of Blake and Gwen’s children Kingston, 15, Zuma, 12, and Apollo, 7, sewn on — by designer Vera Wang. 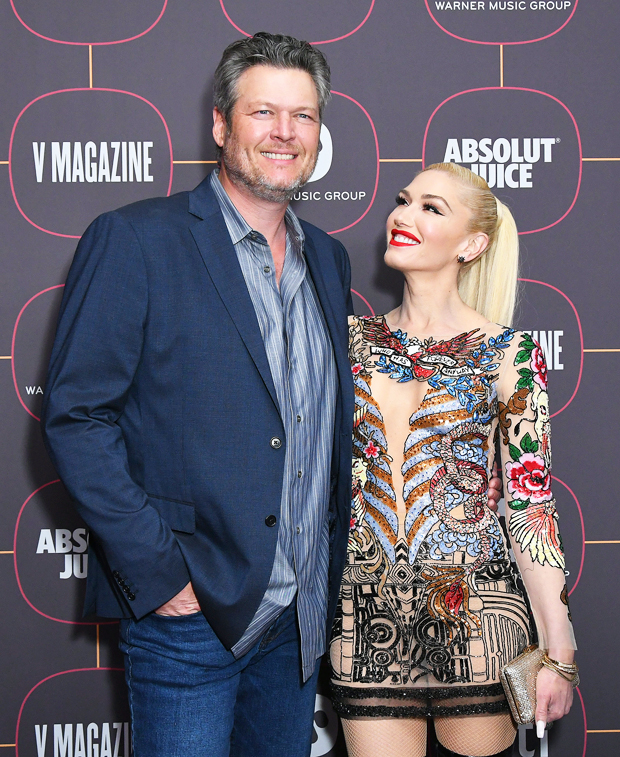 Gwen shared snapshots of the happy day on her Instagram two days after the ceremony, writing that “dreams do come true” in the caption. This is the “Sweet Escape” singer’s second marriage: she was married to Gavin Rossdale between 2002 and 2016, and they share children Kingston, Zuma, and Apollo together. Meanwhile, Blake was previously married to country singer Miranda Lambert and high school sweetheart Kaynette Williams.

The newlyweds met as coaches on the NBC competition show The Voice. They went public with their the relationship in November 2015,  After years of being asked when their big engagement would come, Blake finally proposed to Gwen in Oct. 2020 after five years of dating. Due to the pandemic, the couple was not able to have as big of a wedding as they wanted to. However, the nuptials looked like they were absolutely beautiful, and we’re thrilled that Gwen and Blake are finally hitched!