With the help of her stylist Lindsay Flores, Berry has chosen power suits, including a sexy and feminine edge, for screenings of her directorial debut Bruised. The star continued her press tour for the upcoming MMA film with a screening at the 92nd Street Y in NYC Friday night. For the event, she wore a floral velvet pantsuit by Veronica Beard, a softer follow-up to the metallic Pamella Roland suit she wore at the film’s premiere in LA last week.

Berry paired the dark brown velvet suit, an oversized blazer and flared trousers decorated with green and blue florals, with a plunging top that featured laces crossing over her chest. She accessorized the look with platform open-toe pumps and minimal jewelry. 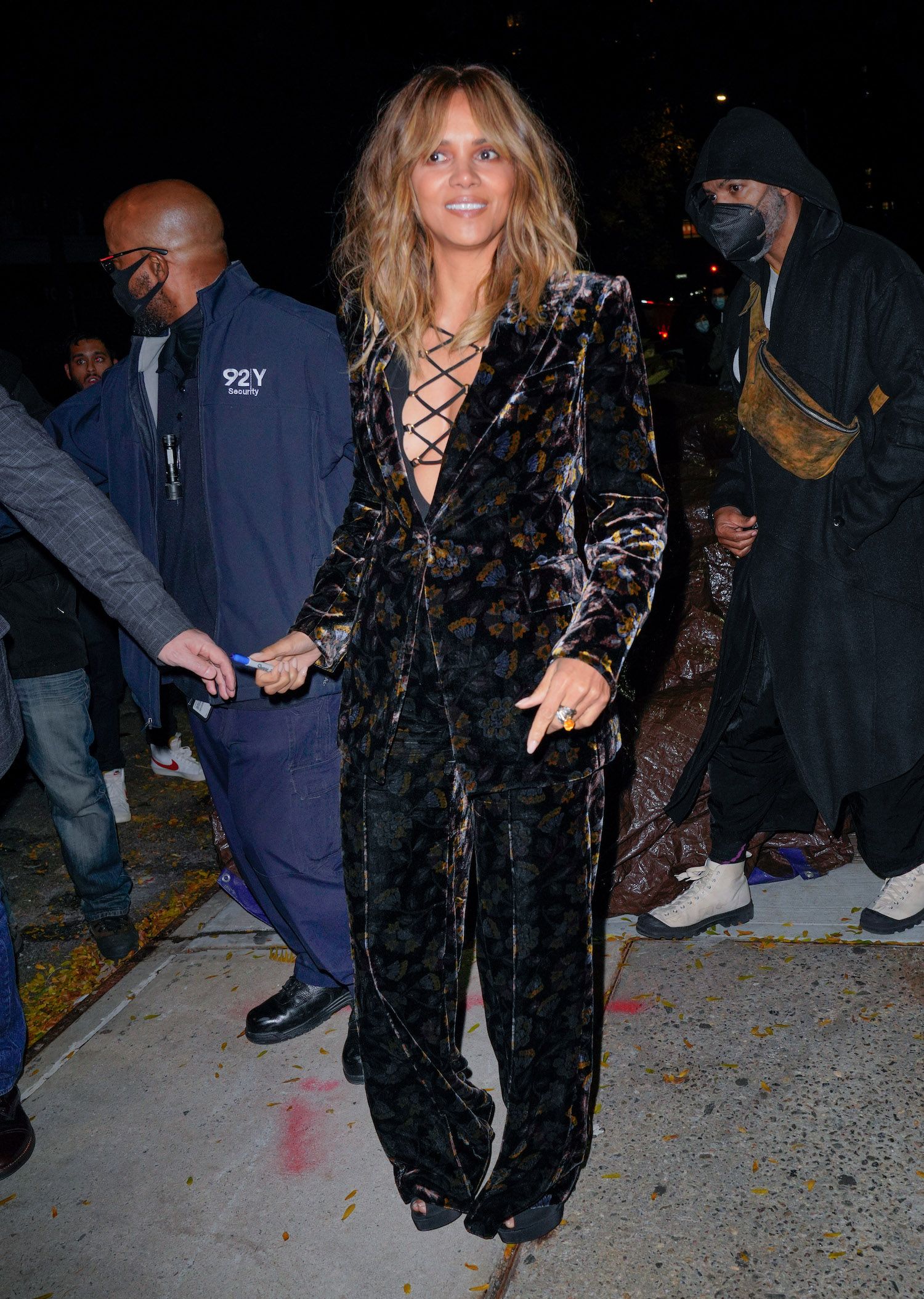 The Monster’s Ball actor has been in a celebratory mood leading up to her film’s Netflix release this week. Yesterday she shared several throwback pics of herself on Instagram. “who would have thought this girl would be directing her own movie… #grateful,” she wrote.

The Academy Award winner has also been on cloud nine in her personal life with her boyfriend, Van Hunt. In a new interview with Women’s Health, the star said that being with Hunt has helped her become “a much better mother” to her two children—Nahla Ariela Aubry, 13, and Maceo Robert Martinez, 8—in comparison to her previous relationships.

Berry also said she is excited about “my life with my new love. I wish I had met him sooner so I could have loved him longer. I just feel fulfilled.”