These two steamy new photos show a shirtless Harry Styles and bikini-clad Olivia Wilde living it up in Italy and engaging in hot PDA.

Newly released photos of Harry Styles and Olivia Wilde will make you want to take a cold shower. Just days after a number of images showed the couple kissing on a yacht off the Island of Giglio near Tuscany, new pictures, which you can see below, show them doing the same. But this time around, they have less clothes on. 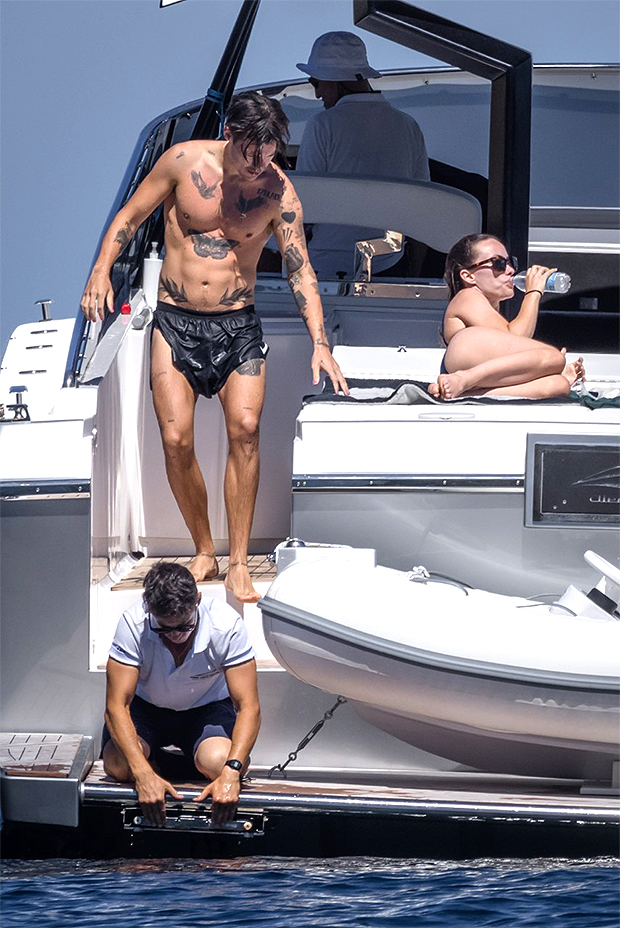 Harry, 27, went shirtless and showed off his abs in a tiny pair of Nike gym shorts with super high slits on each side, while Olivia, 37, wore a nave blue bikini as the duo laid out to catch some rays, do some reading and lock lips.

Olivia and Harry later engaged in some sexy snorkeling in the Tyrrhenian Sea before they took off their goggles and cuddled in the water. They even snuck in a few kisses before getting back on the boat. 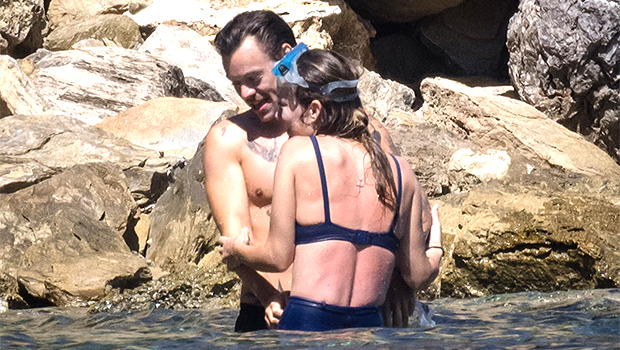 These never-before-seen photos were actually taken on July 1 — four days before the July 5th photos of Harry and Olivia kissing off the nearby promontory of Monte Argentario, according to Page Six. And before that, they were seen wrapping their arms around each other as they took a walk through the seaside town of Porto Ercole on Monte Argentario on June 30. So we think it’s safe to say Harry and Olivia are having the time of their lives in Italy.

Harry and Olivia, who met on the set of Don’t Worry Darling, went public with their romance in January 2021, when they were pictured engaging in hot PDA at a friend’s wedding. And as you can see, they’ve since gotten pretty serious.

Meanwhile, Olivia’s ex Jason Sudeikis, who’s currently dating model Keeley Hazell, was pictured throwing the first pitch at a Cubs game on July 9. And the kids he shares with Olivia — son Otis, 7, and daughter Daisy, 4 — helped him do it, according to Us Weekly. We suppose Jason had to do something to keep the kids entertained while mommy’s away and enjoying an Italian getaway with her hunky new boyfriend. Everyone wins!