Canada has emerged as the most preferred country for Indian students abroad.
Vinay Umarji reports.

Even as the number of Indian students opting for higher education overseas grows annually, their abroad spending is set to grow from current annual $28 billion to $80 billion by 2024, the latest Higher Education Abroad report by consulting firm RedSeer estimates.

According to the report, the number of Indian students opting for higher education abroad grew from 440,000 in 2016 to 770,000 in 2019 and is set to grow further to roughly 1.8 million by 2024, resulting in an increased overseas spending on higher education.

Compared to this, the number of students domestically increased from 37 million to roughly 40 million between 2016 and 2019.

Commenting on the trend, Anil Kumar, founder and CEO at RedSeer said, “Student outflow abroad for higher education is expected to grow at an accelerated pace. The current journey of these students remains fairly fragmented. Thus, there exists a white space for online first players to provide an integrated solution at scale.”

The report adds that most of the students are opting for postgraduate courses in English speaking or Anglophone destinations and are expected to maintain the trend in the near future.

Notably, Canada has emerged as the most preferred country for Indian students abroad replacing the USA over the last 3 to 5 years.

Furthermore, destinations such as Australia, Canada, UK and US have a higher concentration of institutions, which attract students from across the world.

The US, which has over 4,000 universities across the country, offers the highest average salary levels followed by the UK and then Canada.

The specialised courses include computer application, nursing, engineering and technology, among others.

In terms of states of origin from within India, the report finds that the majority of the student outflow is from states like Andhra Pradesh, Punjab and Maharashtra which are amongst the richest states in India with possibly high awareness of the educational benefits.

The significant increase in outflow of students from India over the recent years are driven by factors like better educational quality and outcomes abroad, higher standards of living, gaps in the Indian education system leading to supply-demand imbalance, and upward income mobility of Indian households, among others.

For instance, superior educational outcomes related to aspects like placements and salaries serve as a strong motivator for Indian students opting for overseas education.

A comparison of select institutions by the RedSeer report found that as against certain Indian universities yielding an annual salary after placements of $5,000 to $10,000, those from the UK and the UK yield between $80,000 and $100,000 annually.

The report found that online channels emerged as the most popular mode for availing external support, driven partly by Covid-induced lockdowns.

Additionally, there is a growing interest from students in the Tier 2 and 3 cities with the rise in incomes and aspirations.

“With the advent of Covid many online companies have reported 5 to 10X in user base and revenues for their services.

However, online platforms have room for improvement in providing better quality services.

As the ecosystem evolves with more integrated offerings, online is expected to dominate in the forecast period with higher quality services and greater student awareness of their outcomes,” the report stated. 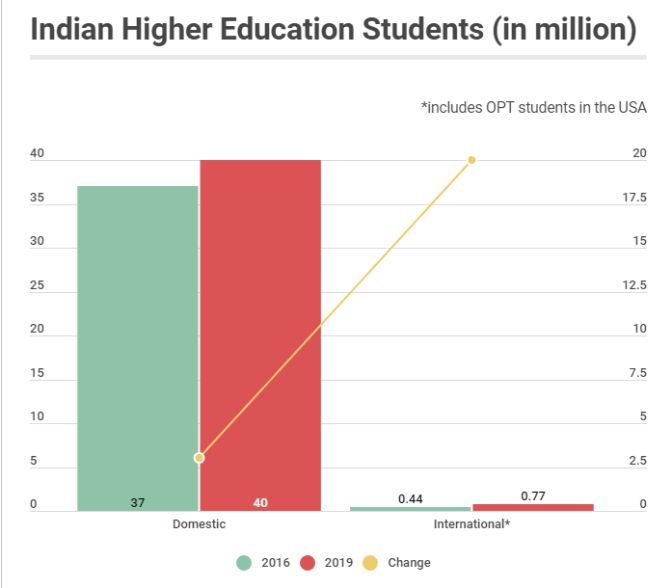 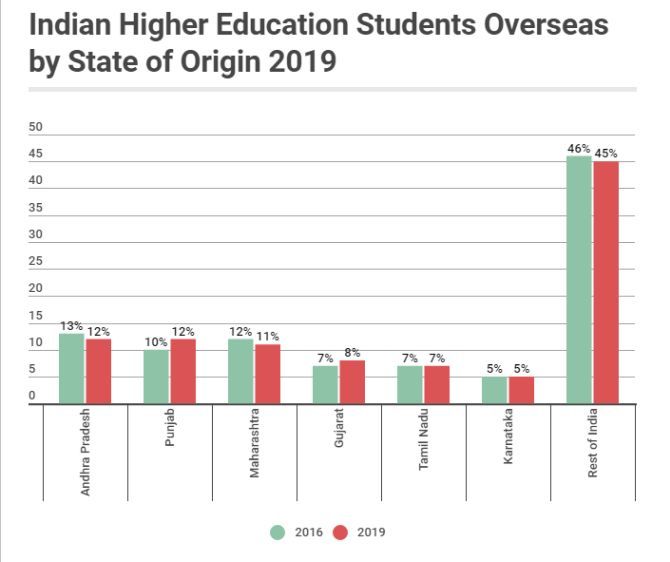 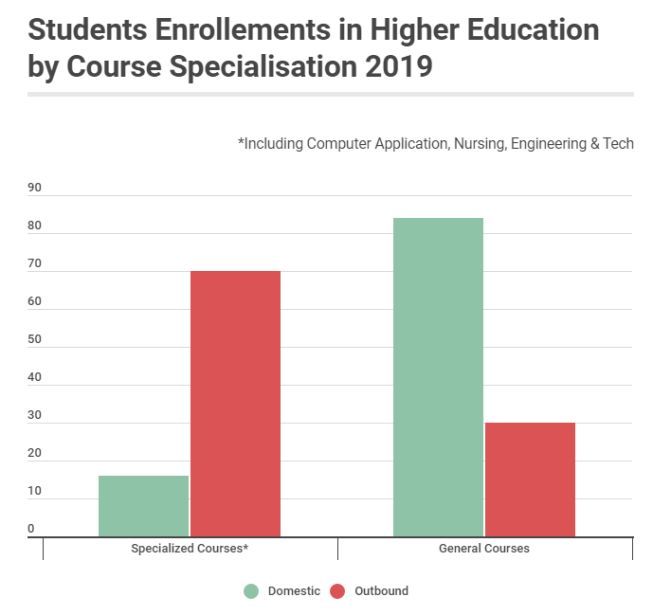