Christina Haack and Ant Anstead finalized their divorce in June after announcing their split in September 2020. “Ant and I have made the difficult decision to separate,” Haack wrote at the time (via People). “We are grateful for each other and as always, our children will remain our priority.” The former couple shares joint custody of their son, and Haack has since moved on with Josh Hall. “I felt immediately crazy protective over him and wanted to keep him for myself and get to know each other before the tornado (media attention) hit,” she wrote on Instagram. “We’ve had a few solid months of just us getting to know each other and I’ve loved every second of it.”

Ant doesn’t seem to be holding onto the past either and feels grateful to start a new chapter in a new home. “It’s amazing,” he told People in June. “I’m in this kind of real space where I don’t have any stuff. So everything is new. I’m not carrying anything over.” Ant’s also making headlines for his relationship with actor Renée Zellweger. Keep reading for more details on his love life.

Ant Anstead and Renée Zellweger are on the love train 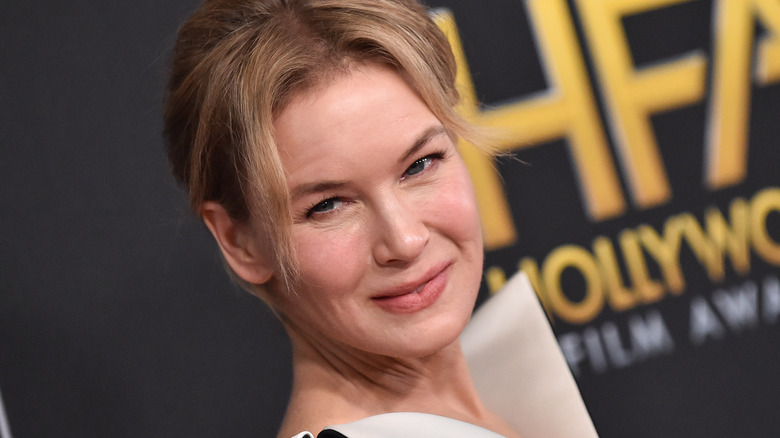 Ant Anstead and Renée Zellweger are happier than ever and it seems fans will get a preview of their chemistry on an episode of “Celebrity IOU Joyride” on Discovery+, according to Us Weekly. Ant is a co-host and Zellweger will make an appearance.

Ant seems to have a pep in his step thanks to the new lady in his life. “He’s excited about life and excited in general,” a source told the outlet. “Part of it can be because he’s dating Renée, but he definitely was excited about doing this project and he seems excited to do all the various projects he’s working on.” The couple reportedly met on the set of “Celebrity IOU Joyride” and were rumored to be an item in June. It appears Zellweger has had quite an effect on Ant. “You can tell he’s in a good spot in his life — he’s super happy,” the source claimed. “He seems like he’s on fire. He’s where he wants to be and is making things happen.”

Ant and Zellweger do not seem to care about PDA – they were spotted on a cozy bike ride in Laguna Beach, California, according to Page Six. Ant apparently kissed Zellweger’s neck as they pedaled on the sunny streets and even held hands at one point. Is this just a summer fling, or something more? We’ll just have to wait and see.