Britney Spears’ conservatorship battle continues. In a court hearing last month, the 39-year-old pop star initially revealed some of the disturbing details of the conservatorship she’s been under since 2008, which took fans and fellow celebrities by surprise. The “Baby One More Time” singer appeared by phone and gave a heartfelt speech pleading with the judge to end her conservatorship. In 2019, her father Jamie Spears stepped down as her sole conservator, but remained in control of her finances, per USA Today. However, Jodi Montgomery was appointed by the court to replace him, and she still had control over her security, visitors, and medical treatment.

Among the bombshell revelations, the “Toxic” singer told the judge she has an IUD that she is not allowed to remove, despite her desire to have more children. She was also forced to tour against her will, and couldn’t even repaint the color of her kitchen cabinets, per BBC. “I feel ganged up on, I feel bullied and I feel left out and alone,” Spears said (via NPR). “And I’m tired of feeling alone.”

The June hearing ended without a resolution and the judge told the “Circus” singer that she’d have to file a formal petition to end the conservatorship. The mom of two appeared in court again via phone on July 14 and revealed even more harrowing details about what her life has been like under her father’s control over the last 13 years.

Britney Spears was "extremely scared" of her father Jamie 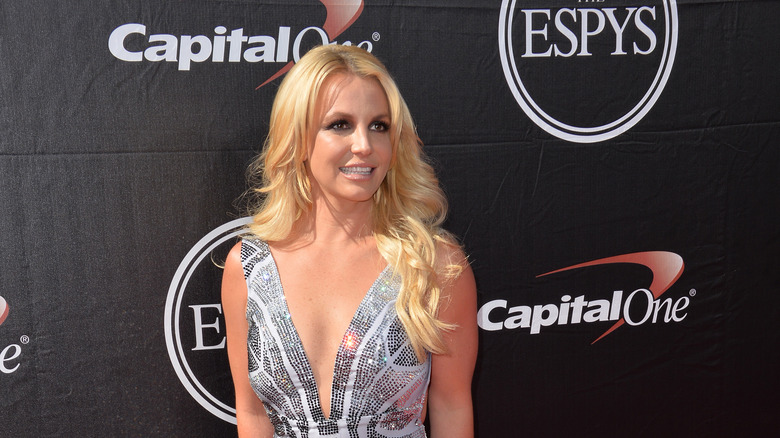 During another court hearing regarding Britney Spears’ conservatorship, the Grammy winner appeared via phone to divulge more details of the abuse she’s suffered over the last 13 years. The “Lucky” singer explained that she’d been forced to work 70-hour weeks against her will and wasn’t in charge of her own diet. She recalled a time when her father took her license away for eight months after she got a warning for speeding.

“I’m here to get rid of my dad and charge him with conservatorship abuse,” she pleaded to the court, per E! News. “I want him investigated … This conservatorship has allowed my dad to ruin my life.” The pop star also asked for a restraining order against her father. “I was always extremely scared of my dad,” Spears divulged, per The Guardian.

Spears had a small victory in the court hearing: her court-appointed lawyer Sam Ingham was given approval to step down and the “Womanizer” singer was given the green light to hire her own private attorney, Mathew Rosengart, a former federal prosecutor. “There’s a real question as to why Mr. Spears does not voluntarily step aside today. Today. Does anybody really believe that Mr. Spears’s involvement in the case is in the best interest of Ms Spears?” Ingham questioned. “If he loves his daughter, it is time to step aside, so she can move forward.”

The next hearing is set to take place on September 29.