Iggy Azalea is celebrating 2021 like the queen she is! The Australian singer shared a clip of herself living her best life on the set of a photoshoot.

New mom Iggy Azalea is so ready for 2021! The Australian-born rapper, 30, who has been in the headlines since giving birth to her baby son Onyx, shared a short clip of herself on the set of a photoshoot. “Hey 2021… not tryna be dramatic but ur 365 days late, what took u so long,” she captioned her New Year’s Day Instagram post. In the short video, Iggy rocked a black bra and rolled her tongue as she positioned her hands to look like a crown on her head. Her long blonde tresses were styled in loose waves, and she rocked a glam makeup look with silver, shimmery eye shadow and long lashes.

“keep that crown held up high,” one fan commented, while another wrote, ‘have a happy new year girl, full of joy and success!” Some followers also addressed her recent drama, with one noting, “let’s hope that 2021 won’t be like 2020.” Of course, the past year saw millions affected by the COVID-19 pandemic, but it was a particularly tough year for Iggy, who welcomed a child with her ex Playboi Carti. She recently accused him of not spending Christmas Day with their son.

“Too bad you got an album out but can’t even come to Christmas with your own son,” Iggy claimed in her first tweet. “And I was gonna keep it cute and let you live but nah, Not after I just peeped that trifling sh-t. TRIFLING!” She went on to claim that the “Whole Lotta Red” rapper was allegedly refusing to sign their son’s birth certificate, and that she wasn’t “allowed back” into the home she once lived in with Carti. 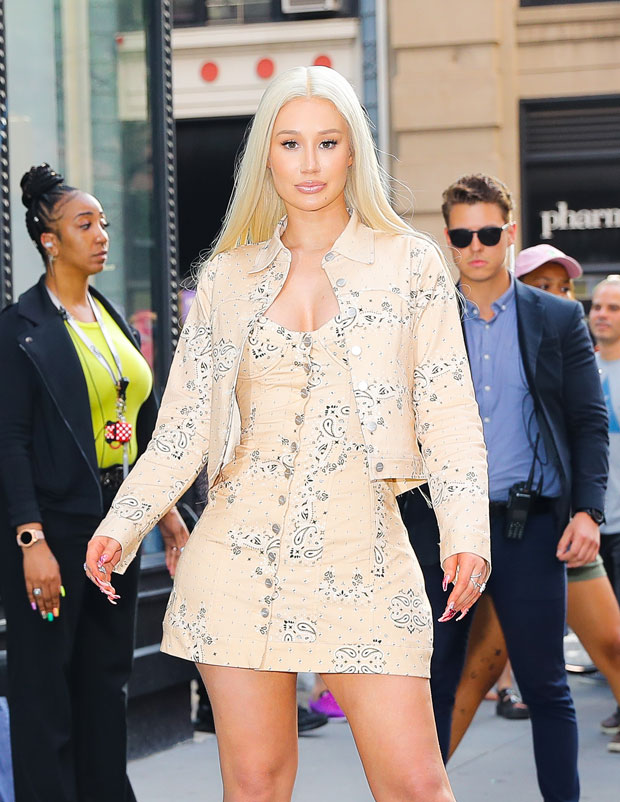 “This man was in philly playing PS5 mid pandemic the day my son was born even tho it was a scheduled c section. I had onyx alone completely cause he was my only visitor approved with Covid. We lived together at that time,” Iggy tweeted. “And even tho onyx was a PLANNED baby, that we both wanted. On some weirdo sh-t he has still refused to sign his birth certificate. He’s 9months old. Won’t even give his son he claims to care so much about his own last name.”

Disha Patani turns up the heat

Pause or repeal farm laws: Govt may have to go back to SC or Parliament
Lifestyle