They said “I do!” Elizabeth Olsen is married to Milo Greene singer Robbie Arnett, multiple sources confirm to Us Weekly exclusively.

The WandaVision star, 32, and the musician, 29, quietly tied the knot in 2020. News of their low-key nuptials comes shortly after the Avengers actress sparked speculation that she and her fiancé had taken the next step in their relationship.

Olsen recently sat down for a conversation with Kaley Cuoco for Variety‘s Actors on Actors series, which she filmed from a bathroom to avoid hearing her neighbor’s construction during the interview. “I also just noticed that my husband put Little Miss Magic — you know, the Little Miss books?” Olsen remarked. “They’re these classic books, but magic because of WandaVision, because he’s such a f–king cutie.” 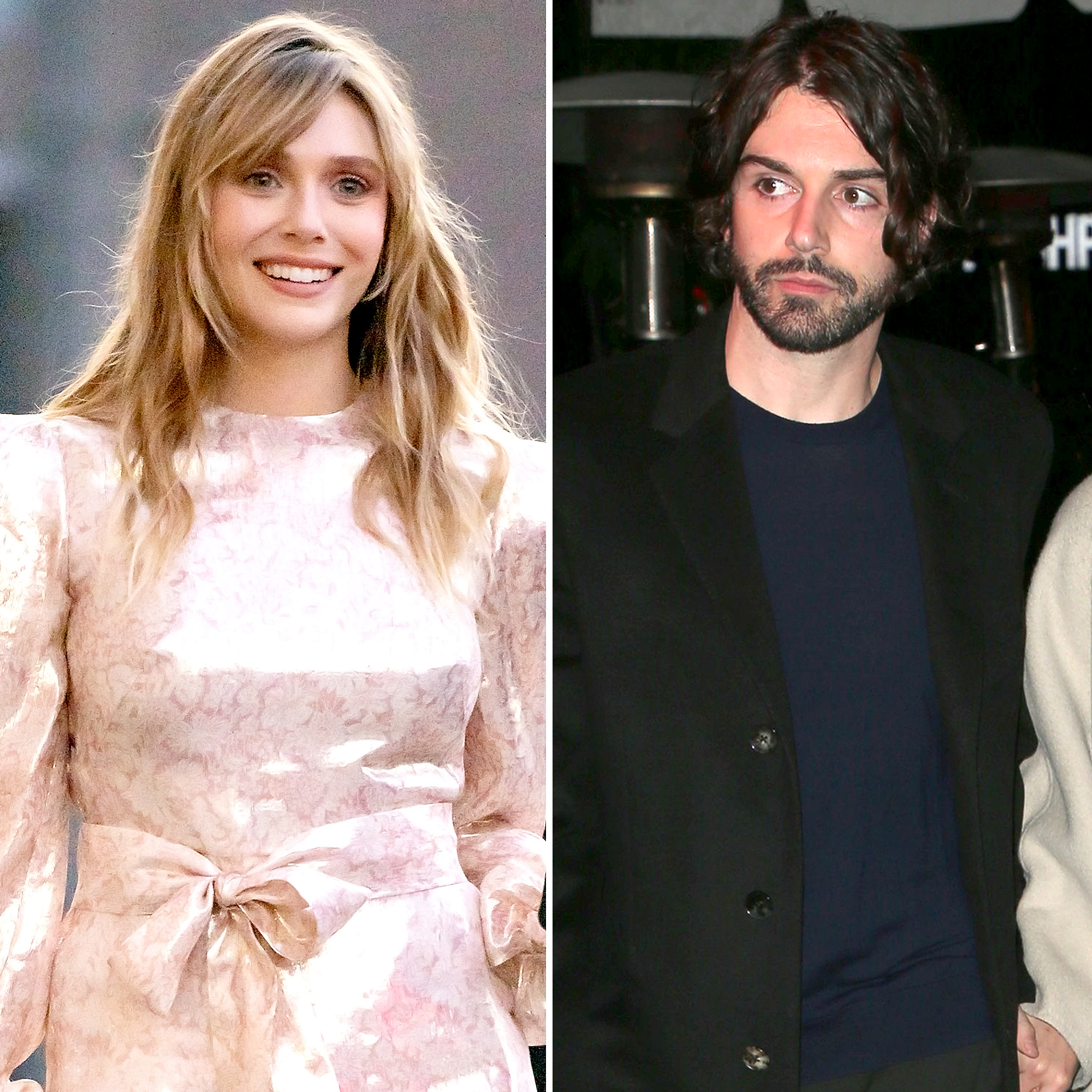 Shortly after the Ingrid Goes West star’s comment raised eyebrows about her relationship status, the couple were spotted wearing matching gold bands on their left ring fingers while strolling through New York City.

The newlyweds were first linked in March 2017 and Arnett popped the question two years later.

Before sparking her romance with the “1957” crooner, the younger sister of Mary-Kate and Ashley Olsen was previously engaged to Narcos star Boyd Holbrook from March 2014 to January 2015. Six months later, Elizabeth moved on with Marvel costar Tom Hiddleston.

“They’ve been talking constantly. It’s been good for the both of them, they really care for each other,” a source told Us in July 2015. “Neither of them are looking to jump into a large commitment, but it’s getting more serious.”

Elizabeth was later rumored to be romancing fellow onscreen superhero Chris Evans, but she laughed off the hopeful fan theories. “Well, we’ve been dating secretly for the last three years,” she teased during an interview on The Ellen DeGeneres Show in May 2016. “We’re actually engaged. We were about to move in with each other, but we’re still trying to figure out if we’re dating or not.” 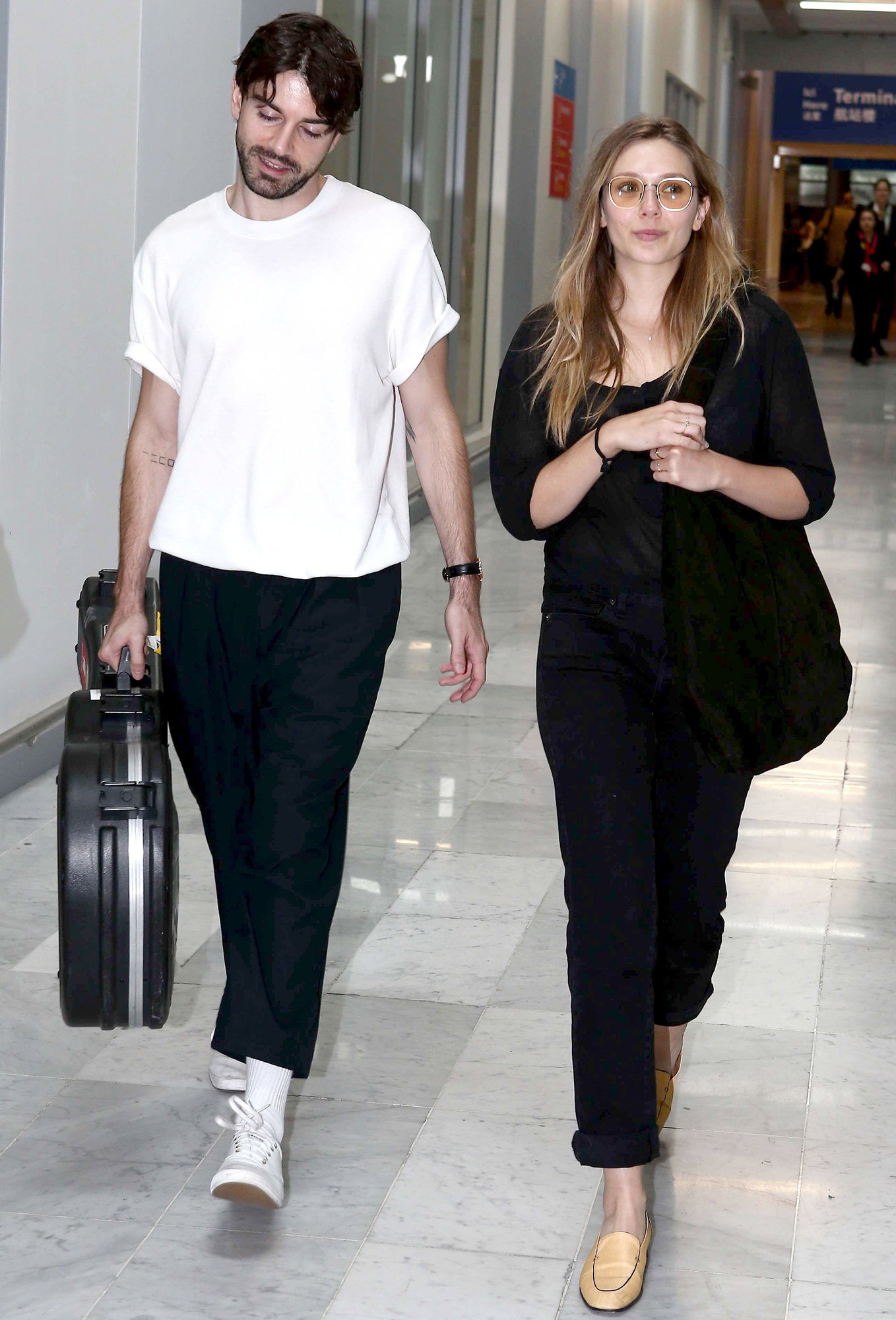 Throughout her time in the spotlight, the Critics’ Choice Television Awards nominee has valued her privacy and has attempted to keep her love life under wraps. Growing up in a famous family came with its challenges — and Elizabeth even considered distancing herself from her older sisters’ legacies.

“I guess I understood what nepotism was like inherently as a 10-year-old,” she told Glamour UK in April 2021, reflecting on what it was like to have celebrity siblings. “I don’t know if I knew the word, but there is some sort of association of not earning something that I think bothered me at a very young age.”

Two months prior, she told Grazia that she’d “always wanted” to take ownership over her career. While it wasn’t easy to follow in the Full House alums’ footsteps, Elizabeth is grateful for the advice they shared with her along the way.

“There are always ways you can be private — my sisters are intimately private and I respect that. They showed me that you can be private, but also accessible to journalists, for those reasons,” she told Harper’s Bazaar in an April 2018 profile. “It’s helpful that I [learned] my value system from them.”