James Jordan, 41, and his pregnant wife Ola Jordan, 37, regularly take to social media to spill on the all the latest details surrounding Strictly Come Dancing 2019. It was no different when the duo divulged all in their latest column.

The former Strictly professional dancer spoke out about the moment Motsi Mabuse, 38, described Neil Jones, 37 and Alex Scott, 35, Jive routine as an “affair” between a couple.

Speaking in Hello! James said: “Maybe she didn’t know what was happening! We had to rewind it and I nearly peed myself! It was so awkward.

He continued: It was just Neil’s face for me! He was trying not to laugh. 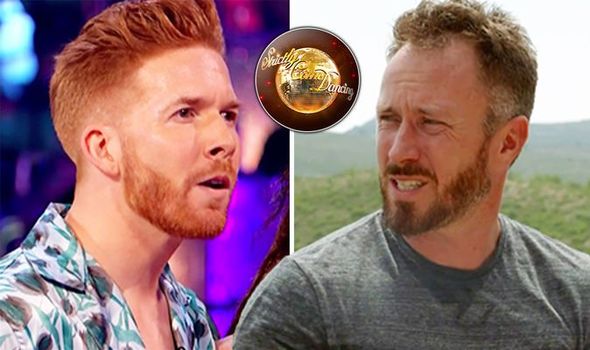 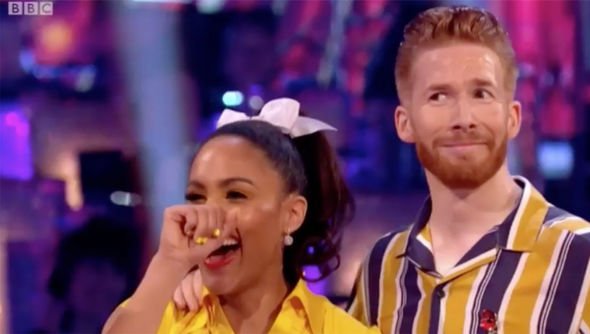 “I’ve known him for over 20 years and I know inside he was laughing. He’s got a great sense of humour, Neil is a very funny guy. He wouldn’t take it as a diss from Motsi. I think it’s funny!”

It comes after Strictly judge Motsi Mabuse praised Alex and Neil for their performance but compared the two partners routine as an “affair”.

She gushed: “I feel like we’re seeing a new couple that we knew but then somebody had an affair but now the light is back on. 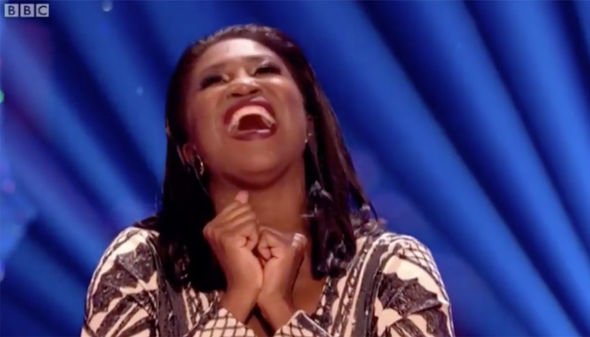 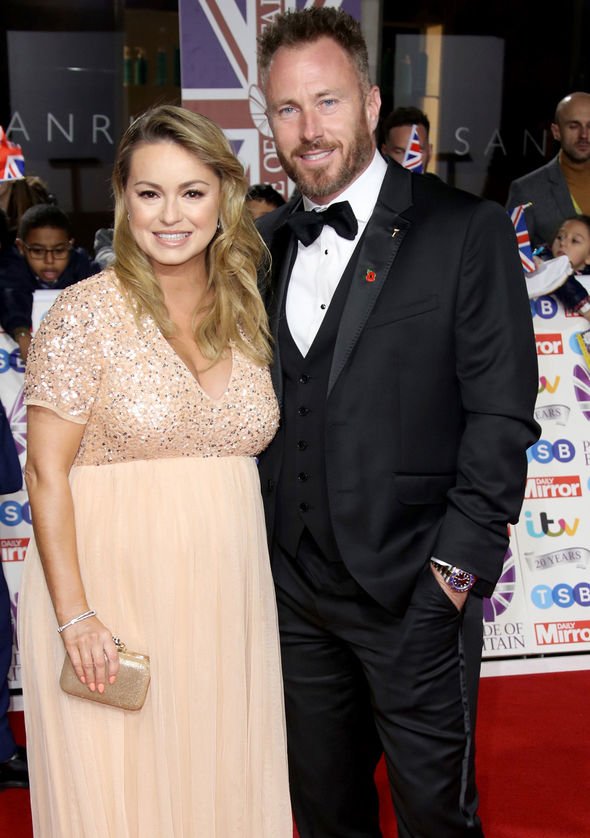 “You guys feel fresh, young, jolly, you know what I mean so actually, I love the improvement in your body I felt it was very compact. No awkward moments you were always in the dance. It’s happening.”

The dancing duo recently addressed romance rumours on the Strictly spin-off show It Takes Two, where the pair confirmed they are too “immersed” in the competition to consider otherwise.

The professional dancer said he is content being single after announcing his split from his wife and co-star Katya Jones.

Alex started: “It’s great that everyone can see how well me and Neil get on, and that we do have this great partnership and it’s not just for TV.

“But we’re not thinking anything about that. We’re together all the time training, and we’re so immersed in Strictly and doing everything for the show, so that stuff hasn’t even entered our thoughts.”

Meanwhile, Alex hit back at claims she was “fuming” at being reunited with Neil following his injury.

The former England footballer allegedly “made it clear” to BBC bosses that she wanted to pursue the competition with her new partner Kevin Clifton who was standing in for Neil.

However, Alex took to Twitter and dismissed the claims, saying: “Got to admit it though, I do feel like the luckiest girl alive. Not everyone gets to dance with two amazing people on @bbcstrictly. Who would ever want to complain about that, lol @keviclifton is part of #teamred.”(sic)

She accompanied the post with her snap of herself standing in between both Neil and Kevin.

In an earlier post, Alex tweeted: “Just woke up to this news. Contrary to reports – I think you can see the joy on our face last night as we danced our Jive #teamred is very happy to be back together @Mr_NJones.”

Strictly Come Dancing the results show airs tonight on BBC One at 7.20pm