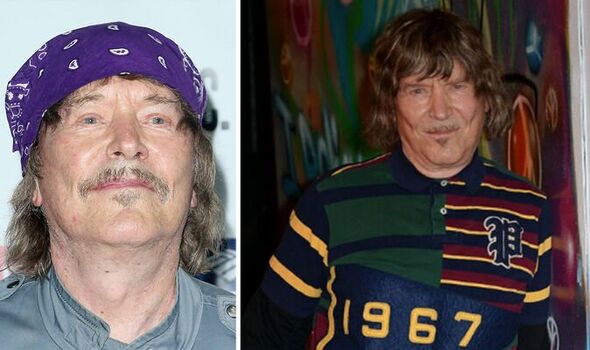 Co-creator of Broadway’s hit musical Hair James Rado has died at the age of 90. The star died following a cardio-respiratory arrest in hospital in Manhattan on Tuesday.

The playwright, actor and composer’s death was confirmed by his publicist and longtime friend Merle Frimark.

Merle shared the sad news of his friend’s death via The New York Times today.

The pair met while acting together in off-Broadway play Hang Down Your Head and Die.

Hair first premiered off-Broadway in 1967 and opened on Broadway a year later.

Before he died in 1991, Gerome opened up about his friendship with James.

He said at the time: “We were great friends. It was a passionate kind of relationship that we directed into creativity, into writing, into creating this piece.

“We put the drama between us on stage.

“There was so much excitement in the streets and the parks and the hippie areas, and we thought if we could transmit this excitement to the stage it would be wonderful….

“We hung out with them and went to their Be-Ins [and] let our hair grow.”

Tributes for the late writer and musician have come pouring in over social media.

Merle tweeted: “I’m heart-broken to announce the passing of my dear friend #JimRado co-creator of #HAIRmusical.

“The kindest most loving, generous & passionate spirit w a big heart. A privilege to be by his side all these decades. I adored him.” (sic)

Jeremy Wein wrote: “The 2009 revival of HAIR is the first show I saw on Broadway, it honestly changed my life, crushed to hear James Rado has died.” (sic)

Tamika Katon-Donegal penned: “James Rado had stepped in as a director and producer for a production of Hair I was in.

“He was nothing but gracious and kind. I am so grateful to have worked with him and been a part of its history. It was a life changing experience. #RIP.” (sic)

Del Bigtree added: “Jim Rado is one of the most beautiful people to walk this earth. His heart, his vision, and his optimism changed the world.

“I would not be the man I am today had I not played the role of Berger in the European Tour of HAIR. Love you Jim. #LetTheSunshineIn.” (sic)

Marra Gad wrote: “Being in HAIR will forever be one of the greatest theatre moments of my life.

“Thank you for creating such an enduring masterpiece, James Rado. May we let the sun shine in…. And may his memory be a blessing.”