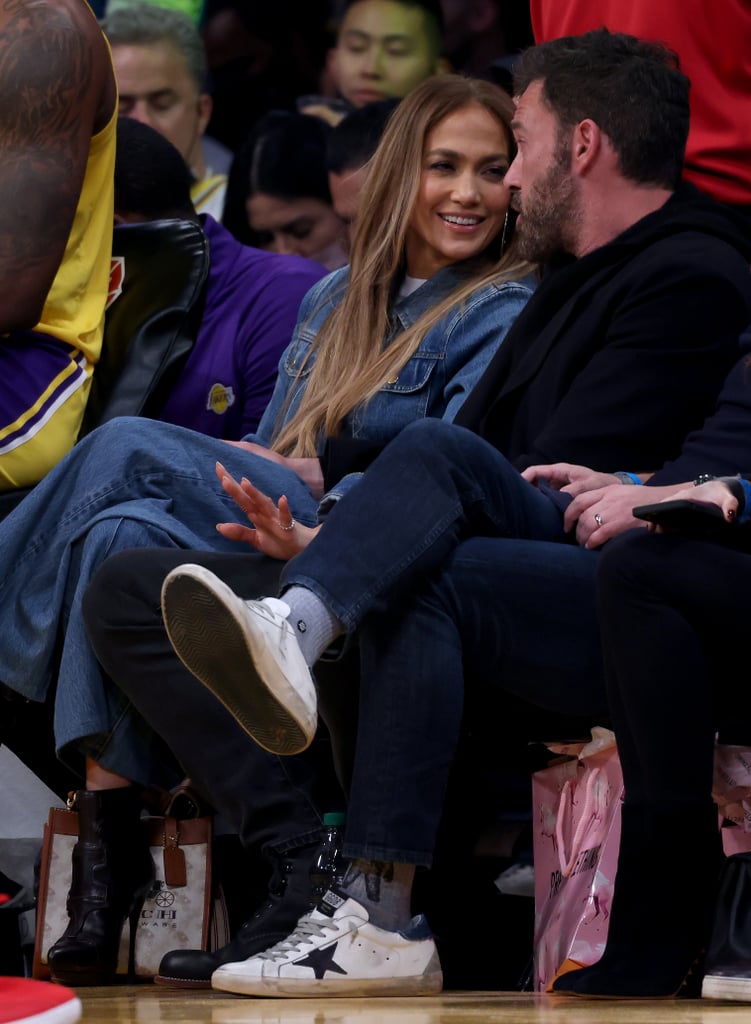 Jennifer Lopez and Ben Affleck Appeared Courtside Together — and Suddenly, It’s 2003 All Over Again

Um, excuse me, what year is it? We’re only asking because Jennifer Lopez and Ben Affleck’s recent courtside appearance is giving us flashbacks to 2003. The reunited couple were all smiles as they cozied up together at the Lakers-Celtics game at the Staples Center in Los Angeles on Dec. 7. They even appeared on the Jumbotron for a few moments, giving fans a front seat to their love story. Jennifer turned heads in an all-denim look, while Ben kept it simple in head-to-toe black. “They were whispering to each other, smiling and talking during the game, and Jennifer looked at Ben lovingly,” a source told Entertainment Tonight. “They seemed like they were in their own little world and so happy to be there with each other and comfortable together.”

Fans of the couple will recall that 2003 was one of the last times they sat courtside together . . . and it was at a Lakers game! Ben was wearing the watch Lopez gifted him, which he seemed to wear again in the early stages of their reunion. Earlier this month, Ben opened up to WSJ magazine about his rekindled romance with Jennifer, telling the outlet, “I can say that it’s definitely beautiful to me. And, you know, one of the things I really value across all facets of my life now is that it was handled in a way that reflected that.” Ahead, check out photos of Bennifer 2.0’s courtside date night, and see how it compares to their iconic courtside appearance from 2003.