Jeremy Clarkson, 62, has told how he has rented a “magnificent” bull named Break-Heart Maestro to impregnate his cows on Diddly Squat Farm. In a new column, the Clarkson’s Farm star lamented how his attempts to have his herd of cows impregnated has failed, leading him to rent a bull in the hopes that he gets the job done.

Break-Heart didn’t appear to be up for sex with anything… unlike Wayne Rooney, Leonardo DiCaprio and my rams, he didn’t get on with the job straight away

Jeremy admitted he’d been nervous when the day came for the enormous creature to arrive, writing: “They are a tonne and a half of pure, undiluted testosterone”.

However, having an eligible four-year-old male in the herd still didn’t result in his all-white heifer, Pepper, getting pregnant.

Jeremy wrote: “Break-Heart didn’t appear to be up for sex with anything… unlike Wayne Rooney, Leonardo DiCaprio and my rams, he didn’t get on with the job straight away.”

According to the star, the females seemed to be showing interest, but Break-Heart Maestro was playing it cool and getting to know his new surroundings instead. 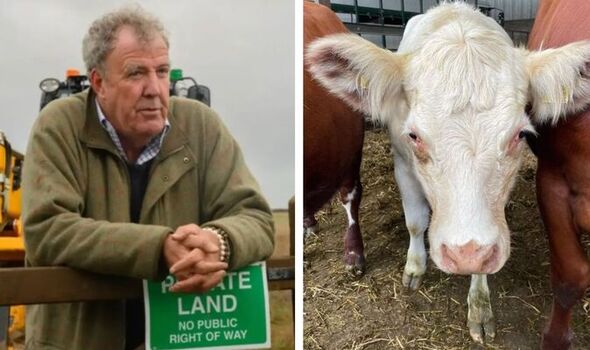 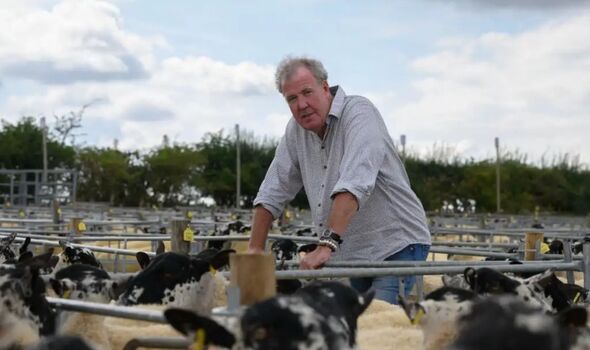 He noticed with amusement that when one of the cows could wait no longer, she rushed over to mount him with her two month old calf looking on.

Later that evening, Pepper was approached by the bull, but before he could go any further, another cow very graphically interrupted their foreplay.

“Just as the mighty bull was positioning himself, another cow reversed over to him and issued a mighty stream of urine,” Jeremy continued in his column for The Times.

Break-Heart Maestro’s attention was diverted from Pepper and he spent the remainder of the time licking the other cow’s back instead. 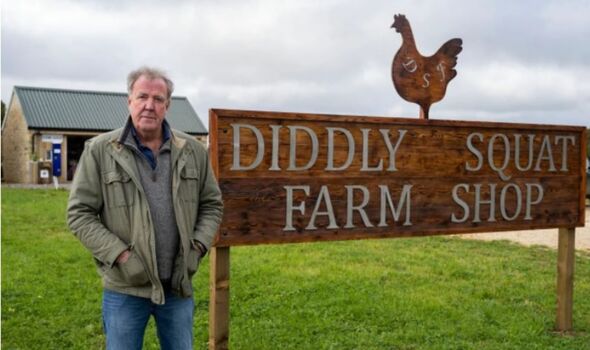 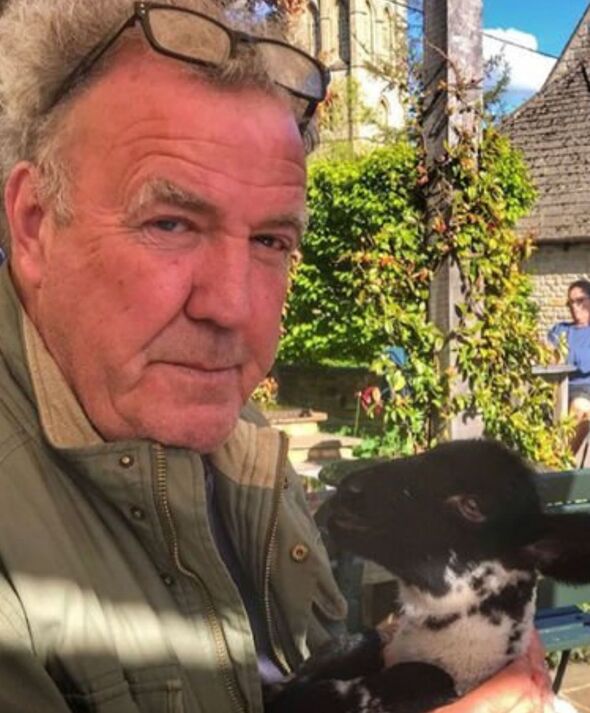 Jeremy told how Break-Heart will only be around for a couple of months, adding that he hopes he’ll get the job done in that time.

He will then be tested for diseases and sent on to impregnate a flock on a different farm, which Jeremy has joked isn’t such a bad job for the fierce animal.

In another previous column for The Times, Jeremy told of how he had been having trouble with his female cows on the farm too, recalling one who “smashed” him in the testicles and seemed to be interested in “killing” him.

Plus on Instagram, Jeremy’s girlfriend Lisa Hogan panicked a little when his herd of cows suddenly advanced towards her, with seemingly no intention of ‘moo-ving’ back.

“Stop it!” she screamed at them in video footage uploaded to the Diddly Squat Farm account earlier in the year.

It prompted a debate by Instagram fans as to whether the leader of the herd was charging menacingly, or just being playful on the farm.

One viewer, @skogsmaskinsforarn, joked: “A cow is all fun and games until it decides to stomp you into the ground!”

It’s safe to say Jeremy and Lisa’s previous experience with cattle has been eventful.

Jeremy’s other concerns include the prospect of a cow “snapping” one of the calves on his farm, which are so young they are still being milked by their mothers, or mauling an unsuspecting rambler nearby.

The problem will no doubt be accentuated now that there is a huge bull in town.

The TV star has also had to contend with Clarkson’s Farm co-star Kaleb Cooper mocking him for his mistakes as he gets to grips with the world of agriculture.

Kaleb has on occasion been forced to drag Jeremy’s £40,000 Lamborghini tractor out of ditches, before scoffing that to Jeremy, the valuable equipment is just an “ornament”.

The pair have playfully sparred back and forth on screen with Kaleb calling Jeremy an “idiot”, but there’s no hostility between the pair.