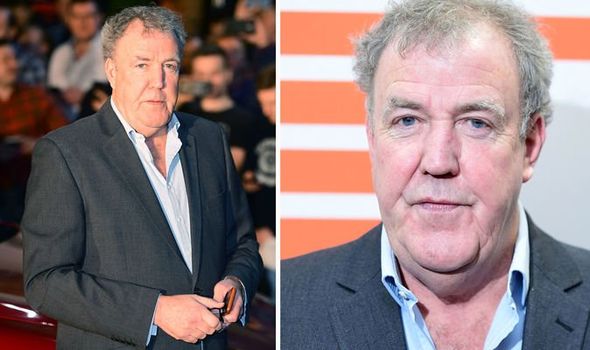 “The BBC has just decided that a trailer for The Wall is more important than the new Covid measures,” Jeremy wrote online, in view of his 7.2 million followers.

He spoke out after the coverage of the Prime Minister’s live press conference cutaway abruptly and informed viewers to turn over to BBC Parliament to continue watching the coronavirus update.

“Perhaps watching BBC News channel would suit you better?” one user remarked in the comment section of the post.

“No, because sadly they ended their coverage and went back to the studio. Now watching @SkyNews instead,” a second follower added following a similar thought. 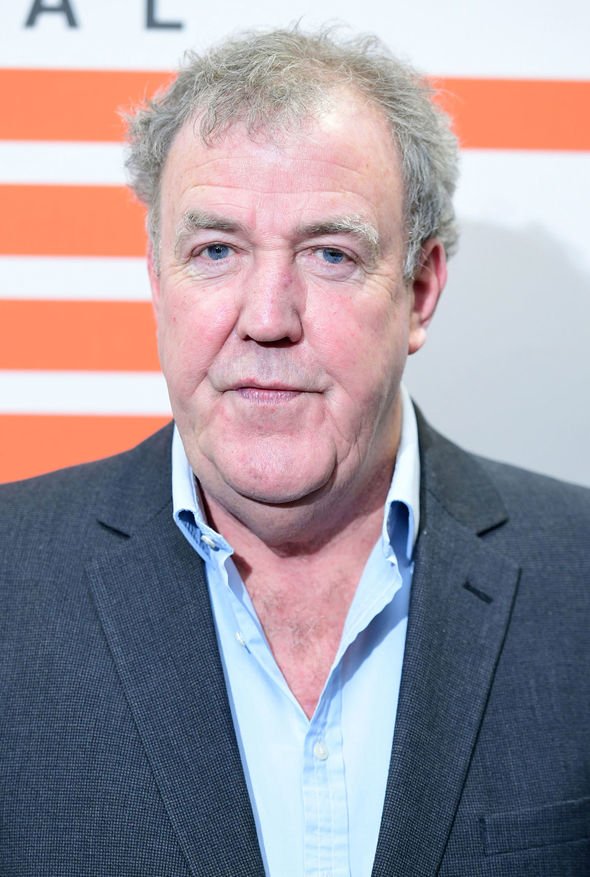 Earlier in the broadcast and ahead of Boris’ address, Jeremy criticised the BBC’s reporting on the subject.

“BBC News. You are doing it again,” the frustrated star tweeted.

“I know it’s a cheap way of filling the time but we are NOT interested in what people in the street think,” he remarked.

However, Jeremy’s comment divided opinion with some pointing out that the presenter often uses a similar practise in his TV shows. 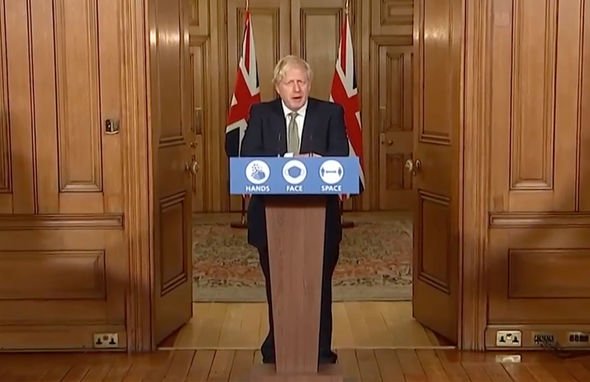 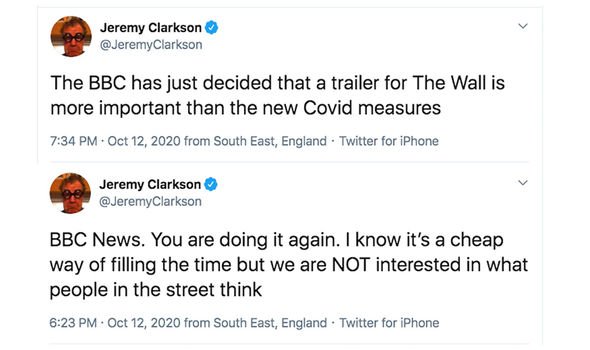 One follower wrote online: “Do you not interview your audience to canvass opinions on the cars you drive, it’s exactly the same… called a vox pop in case you had forgotten.. oddly doing a tweet and getting replies is almost the same·”

“No. I did it for comedic effect,” Jeremy responded, before adding: “I had no interest at all in what they had to say.”

Agreeing with his earlier comment another social media used remarked: “Spot on. Constant vox pops. How is this news?”