Joe Calzaghe convinced that McGregor will lose to Mayweather

Joe, 49, has been cited for replacement as administrator in High Court papers by Sonia Prosser. Larger-than-life boxing trainer Enzo was credited with the success that brought his only son world titles in two weight classes. After Enzo’s death at the age of 69 three years ago, his widow Jacqueline was made executor of the legacy. But she died last year, aged 66, and the role passed to Joe.

Court papers show Sonia, 46, has taken out a Section 50 claim under the Administration of Justice Act 1985 against Joe and their sister Melissa Calzaghe, 45.

Legal sources say the clause allows claimants to remove an executor and appoint a replacement if there is evidence that the will’s beneficiaries might be harmed.

No supporting documents have yet been filed to the central London court.

Enzo lived in Gwent, South Wales, after moving to Britain from his native Sardinia while in his teens in the 1960s.

He married local woman Jacqueline and they had three children.

Enzo trained Joe at the local gym in Newbridge, using selftaught unorthodox methods. Joe, who was unbeaten in 46 bouts and ruled the supermiddleweight and light heavyweight classes, said Enzo would “kick me up the a*** and keep pushing me”. 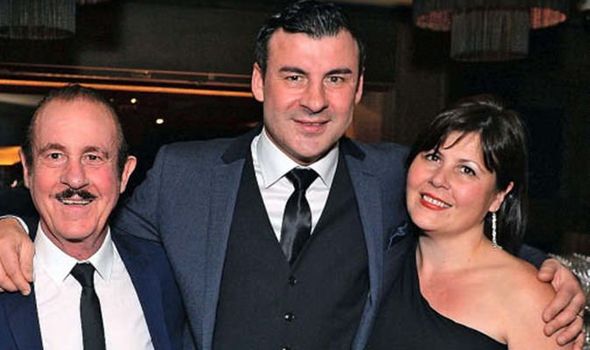 He added: “If it wasn’t for him I would never have laced up the gloves in the first place.

“We stuck together through the ups and the downs, even when people were saying I should get rid of him because he had never boxed. But he knew exactly what to say at the right time.”

Probate documents show that after Enzo died of undisclosed causes, Jacqueline, known as Jackie, was left in charge of their £1.5million estate. After her death last April, Joe, whose personal wealth is estimated at £15million, was made administrator.

The father-of-two boys by his former wife Mandy took part in the 2009 Strictly Come Dancing series and for a time dated his professional dance partner Kristina Rihanoff.

Sonia, who lives in a threebed semi in Pontllanfraith, Caerphilly, three miles from her brother, said last week: “It’s a private family matter.”

A woman at Joe’s luxury home behind security gates said he was not available for comment.