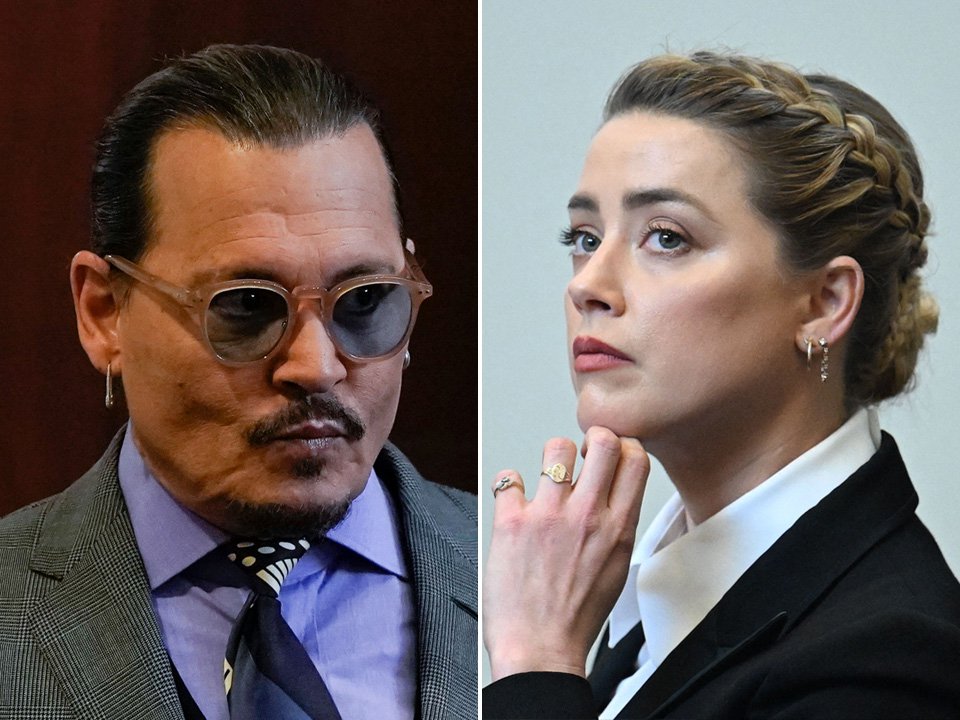 Johnny Depp has officially filed to appeal the verdict which awarded his ex-wife Amber Heard $2million (£1.7m) in damages, one day after the Aquaman actress filed her own against the outcome of the bombshell trial.

In June, after a lengthy hearing at the Fairfax County District Court, the jury found that Heard, 36, did defame the Pirates of the Caribbean actor in a 2018 op-ed for The Washington Post.

The article was about her experiences as a survivor of domestic abuse, which Depp’s lawyers said falsely accused him of being an abuser.

Meanwhile, Heard was awarded $2m (£1.7m) in compensatory damages – and it is this verdict Depp wants to overturn.

Documents filed by Depp’s team on Friday in Fairfax County read: ‘Plaintiff and counterclaim-defendant John C Depp, II, by counsel, hereby appeals to the Court of Appeals of Virginia from all adverse rulings and from the final judgment order of this Circuit Court entered on June 24, 2022.’

This comes just 24 hours after Heard’s lawyers submitted a notice that claimed errors made during the trial had prevented a ‘just and fair verdict’ from being returned.

A spokesperson for Heard told Metro.co.uk on Thursday: ‘We believe the court made errors that prevented a just and fair verdict consistent with the First Amendment.

‘We are therefore appealing the verdict. While we realise today’s filing will ignite the Twitter bonfires, there are steps we need to take to ensure both fairness and justice.’

Depp’s spokesperson also said: ‘The jury listened to the extensive evidence presented during the six-week trial and came to a clear and unanimous verdict that the defendant herself defamed Mr Depp in multiple instances. We remain confident in our case and that this verdict will stand.’

Heard’s lawyers claimed that the verdict that she had defamed Depp was not supported by evidence, and that the wrong juror had been on the jury during the trial.

‘We believe the court made errors that prevented a just and fair verdict consistent with the First Amendment,’ a spokesperson for Heard said, following the filing’s submission. ‘We are therefore appealing the verdict.

‘While we realise today’s filing will ignite the Twitter bonfires, there are steps we need to take to ensure both fairness and justice.’

Depp’s legal team hit back in their own statement, which said according Deadline: ‘Following a six-week jury trial, a jury of Ms Heard’s peers rendered a verdict against her in virtually all respects.

‘Though understandably displeased with the outcome of trial, Ms Heard has identified no legitimate basis to set aside in any respect the jury’s decision.

‘Virginia law is clear that a verdict is not to be set aside unless it is “plainly wrong or without evidence to support it”.‘

It continued: ‘Here, the verdict was well-supported by the overwhelming evidence, consistent with the law, and should not be set aside.

‘Mr Depp respectfully submits that the court should deny Ms Heard’s Post-Trial Motions, which verge into the frivolous.’