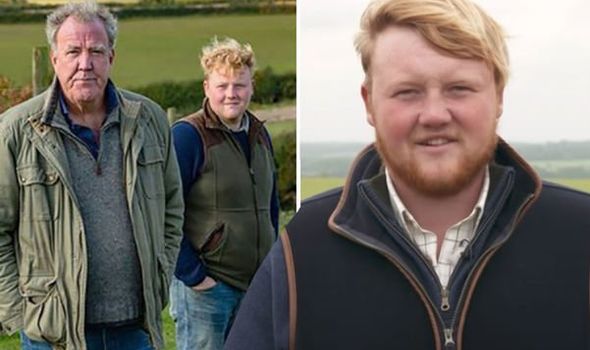 Jeremy Clarkson’s colleague Kaleb Cooper, 22, officially introduced his new puppy Alfie to his Instagram followers yesterday, much to their delight. Fans were quick to gush over his pet pooch, who has been getting used to his new home on the Diddly Squat farm.

Today, the farmer shared a new video of Alfie under his feet on the tractor.

He said: “Are you having fun Alf?”

Despite his apology, many of his fans encouraged him to post more content of his pup, instead of less.

Kaleb first told fans about Alfie earlier this month as he asked for name suggestions.

Many put forward the idea of calling him Jeremy or Jezza [Clarkson] after his co-star.

Kaleb grew a new fan base after working with The Grand Tour host on his show Clarkson’s Farm.

In the new series, the farmer is seen helping the presenter get to grips with the highs and lows of farming.

Viewers have since grown to love the new TV duo and their unlikely friendship.

Lisa Keogh wrote: “Clarkson’s Farm is a must watch. Jeremy and Kaleb have had me laughing non stop.”

EJ8_F1 commented: “What a hilarious duo Jeremy Clarkson and Kaleb are.”

“The banter between Jeremy and Kaleb is hilarious!”

Following the end of the first series, fans were left calling for more episodes to be filmed.

In July, the car enthusiast announced that Amazon had listened to their demands and agreed to a second series.

Filming for the show is currently underway. A date is yet to be confirmed.