Another week, another dramatic episode of Keeping Up With The Kardashians. And while the drama often surrounds Kris Jenner’s daughters, this time the focus was on the mom-ager herself and her long-time boyfriend Corey Gamble. They’ve been dating since 2014, but it seems the Kardashian-Jenner fam still doesn’t know him very well, which is why Kanye West called out Corey Gamble on KUWTK, and Kris Jenner was not having it. The rest of the Kardashians kind of saw where Kanye was coming from, but agreed that he may not have approached the subject in the best way.

On the May 26 episode, Kim, Kris, Kourtney, Khloé, and Scott Disick were in the kitchen talking, when Kim brought up that Kanye had sent Corey a bit of a harsh text. "Kanye texts Corey something along the lines of, ‘Look, we don’t know you, we’ve never met any of your family members,’" Kim explained. "Of course we’ve all felt that way and thought that, but for Kanye to just so bluntly say that to him — I feel like that was the wrong choice to make at that time."

While Kim had a point, Kourtney came to Kanye’s defense, despite the way he went about it. "He is very paternal, though," she said. "He tries to take care of all us." And Khloé agreed with both of her sisters. "Kanye’s delivery wasn’t great, but the essence of what he said is true," she added. "Corey does tend to be pretty secretive and that does have me pretty guarded." 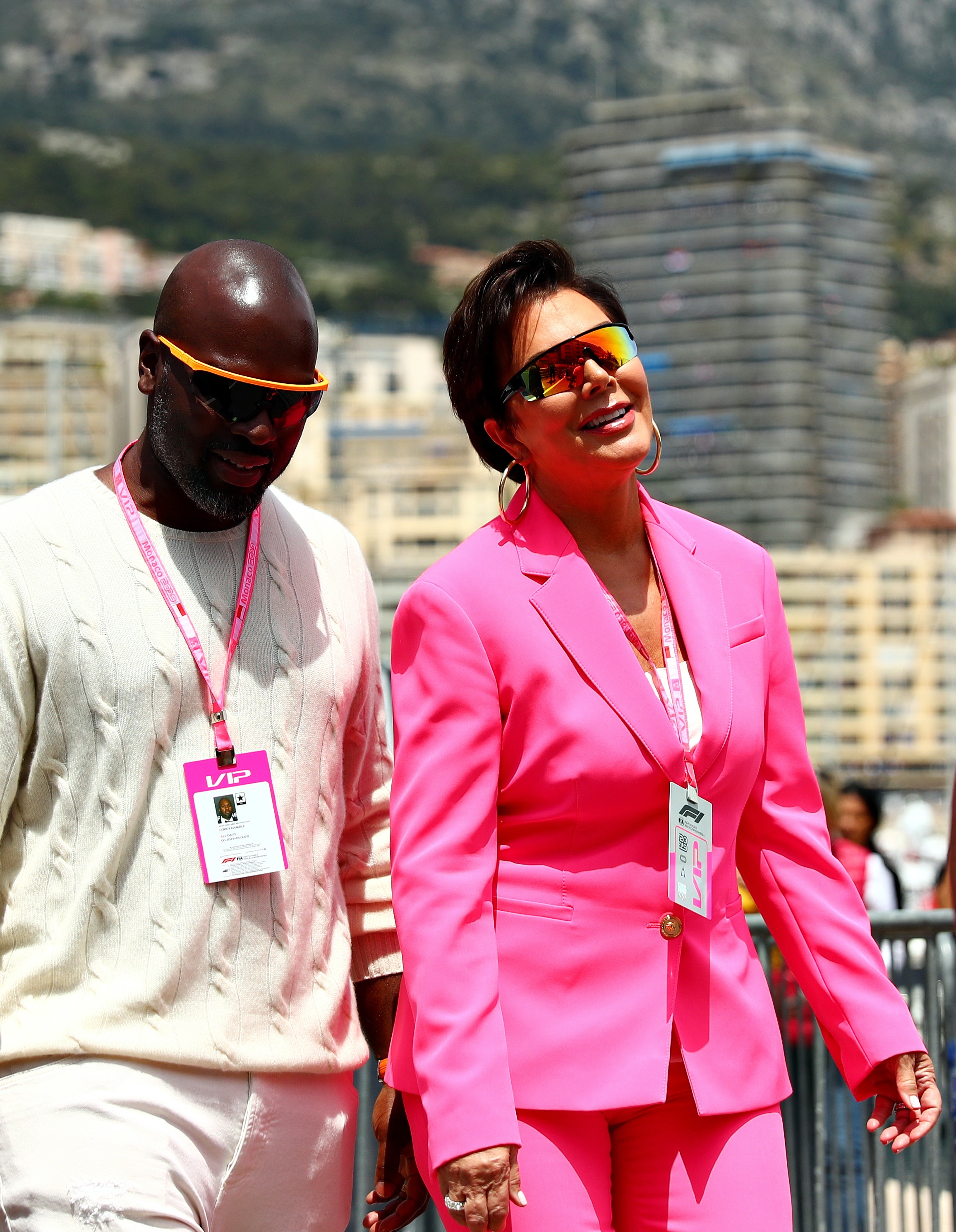 Kris, understandably, didn’t take Kayne’s texts to Corey very well. She and Corey have been together for five years, and in 2018, rumors began circulating that they were engaged. So, it’s safe to assume they’re pretty serious, making it totally understandable that Kris wasn’t too happy with Kanye. "I just wish I knew why [Kanye] has to bring bad energy into the field at six o’clock in the morning," she said. "I would never disrespect somebody and say that."

Later in the episode, after an uncomfortable trip to Palm Springs with Khloé, her best friend Malika Haqq, and Corey, Kris had even more to say about the issues her family was having with her boyfriend. "I think it’s really unfair to direct this attitude towards Corey," she said. "[Khloé’s] behavior is just uncalled for… It’s really important for Khloé to understand that she really needs to get on my bandwagon because Corey is a part of the family, he isn’t going anywhere, and she needs to be nice." Upon hearing her mom say that, Khloé and Kris agreed to sit down and talked things over.

During their conversation, Khloé said she was "caught off guard" by Corey’s presence in Palm Springs because she thought it was a girls’ trip, and admitted she may have been extra rude to him as a result. But she insisted she acted the way that she did as a way of defending Kanye. "That trip came off the tail of the drama with Ye," Khloé explained. "I was not going to let Kanye go down on his own. I’m going to ride for Kanye… he’s my brother-in-law that I’ve known longer than Corey." That’s totally fair, but Kris deserves to be happy, too — a fact Kris had to remind her daughters of during the episode. "I want you to recognize that when you do question my relationship with Corey, it isn’t okay, and it hurts feelings," Kris told Khloé on the episode. "I think what you guys don’t realize is Corey is really taking care of me like no one ever has in my entire life." Hearing her mom say that must’ve really hit Khloé in the feels, because she seemingly had a change of heart. "I don’t care who you’re with as long as they’re good to you," she said. "You have to live your life for you and be happy, and if you are, that’s great. I support you, and I want you to feel like we’re happy for you, because we are."

Kim echoed Khloé’s sentiments, explaining that their number one priority to is to protect their mom. "She’s always going to be the most important thing to us, so we are going to do what we can to just look out for her," she said. In hopes of staying on the "peace train," Corey explained, "My best friend slash the lady who raised me died in November. I don’t really bring people around y’all. I keep everybody separate," which makes sense. He’s has a right to his own privacy, the same way the Kardashian-Jenner clan has a right to want to know their mom’s long-term boyfriend better. For now, it seems like everyone’s in a good place again. Here’s hoping it stays that way, and that the family grows even closer over time.