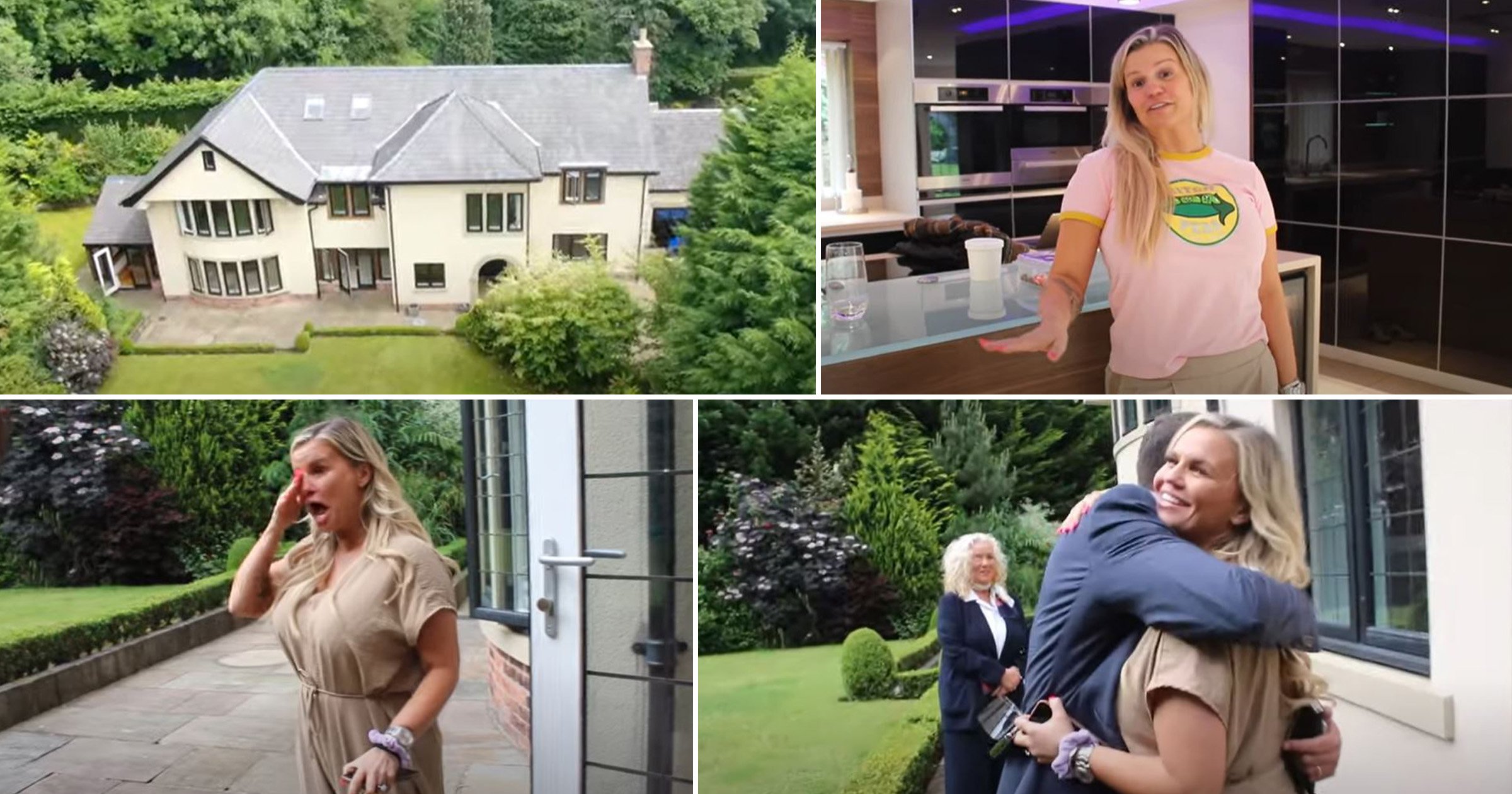 Kerry Katona has revealed the inside of her new home as she admitted she had mixed emotions about moving on to the next chapter of her life.

The former Atomic Kitten star, 40, shared a tour of her new £2million home, which she is renting, as she fought back tears of joy about turning her life around.

Arriving to the property to collect the keys, Kerry told her subscribers on YouTube: ‘Today is the day I am going to go and pick the keys up for my new house. I am very nervous, I’m not going to lie, I have so many mixed emotions.’

She added that her old house reminded her of her ex George Kay, who died in 2019: ‘It’s shutting a chapter on my life, they were my last memories with George [Kay] and DJ’s dad, Heidi’s upset, Lily’s upset.

‘It’s all very, very overwhelming but I’m also very, very, extremely proud of myself. I’ve got that low in my life and climbed back up to where I am now, I feel a sense of achievement.’

Kerry and her son Max showed viewers around the palatial mansion with several en-suite bathrooms and garden areas as well as a swanky utility room that Max thinks will be Kerry’s favourite part of the house.

Taking the camera around her new home, Kerry added: ‘This is not me showing off, I know exactly how it feels.

‘This time last year I had to sell my jukebox, I couldn’t even pay my rent, I’ve been bankrupt twice. I know how f**king hard it is, pardon my French, to struggle. I really, really do from being a kid but I have brought it back.’

Kerry admitted that she had considered suicide in her darkest times, worrying how she would feed her children amid her bankruptcy, but kept fighting to get herself back to financial stability.

She is rumoured to be paying £9,500 per month for the property after a house she was hoping to purchase fell through due to issues with the chain.

Kerry has been declared bankrupt twice; first in 2008 after failing to pay off a hefty tax bill which also resulted in her losing her home, and again in 2013.