Kris Jenner opened up about the personal advice she gave her daughter, Kim Kardashian, about going through divorce when there’s four kids involved.

Kris Jenner is there for daughter Kim Kardashian every step of the way when it comes to her divorce from Kanye West. The momager, 65, revealed in a new interview the personal advice she gave her second-eldest daughter about how to deal with divorce when there’s children involved. “I think the most important thing I learned through my experience, both of my experiences, is that the kids come first,” Kris told WSJ Magazine.

Kris would know. The mother of six has been through two divorces herself. “I used to put everybody to bed, and then I would be upset or go to my room and cry myself to sleep. But I didn’t want to have a pity party in front of the kids,” she said of her divorce from late ex-husband Robert Kardashian. Their four children — Kim, Kourtney, Khloe, and Rob — were still so young(daughters Kendall and Kylie Jenner were already adults when she divorced Caitlyn Jenner in 2016).

Kim and Kanye have four children together — North, 7, Saint, 5, Chicago, 3, and Psalm, 1 — and have both requested joint custody, according to court filings obtained by HollywoodLife. Kim filed for divorce on February 19, 2021, citing “irreconcilable differences,” after months of speculation that they two had split. It’s believed that their marriage problems started the preceding summer, when Kanye launched his 2020 presidential campaign. 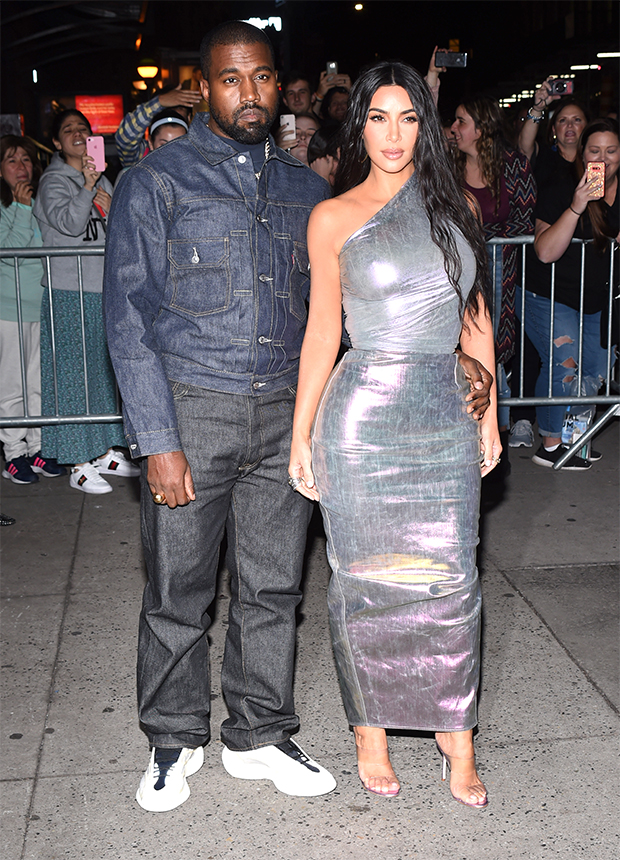 Kanye is currently living at his $14 million ranch in Wyoming as Kim stays in their Hidden Hills, CA home with the kids. Kris first opened up about her daughter’s divorce on the March 18 episode of The Kyle and Jackie O Show. “The good thing about our family is, you know, we’re there for each and we’re supportive, and we love each other very, very much. All I want is for [ Kim and Kanye] to be happy. And I want the kids to be happy, so that’s the goal.”