Lady Gaga’s dog walker Ryan Fischer has revealed he stayed in the singer’s house ‘for months’ while recovering after being shot as he heaps praise on her.

Fischer was left for dead in the horrific attack, which saw two of Gaga’s dogs, Koji and Gustavo, dognapped before being returned unharmed days later.

After being rushed to hospital, Fischer had surgery on his lungs and was able to be saved by doctors.

While there was some confusion about how much Gaga – real name Stefani Germanotta – had helped Fischer after he set up a GoFundMe to try to raise cash for a new vehicle so he can continue his six-month sabbatical, he said she supported him in a big way.

‘After I was attacked, my family was flown out and I had trauma therapists flown to me and I stayed at her house for months while friends comforted me and security was around me.’ 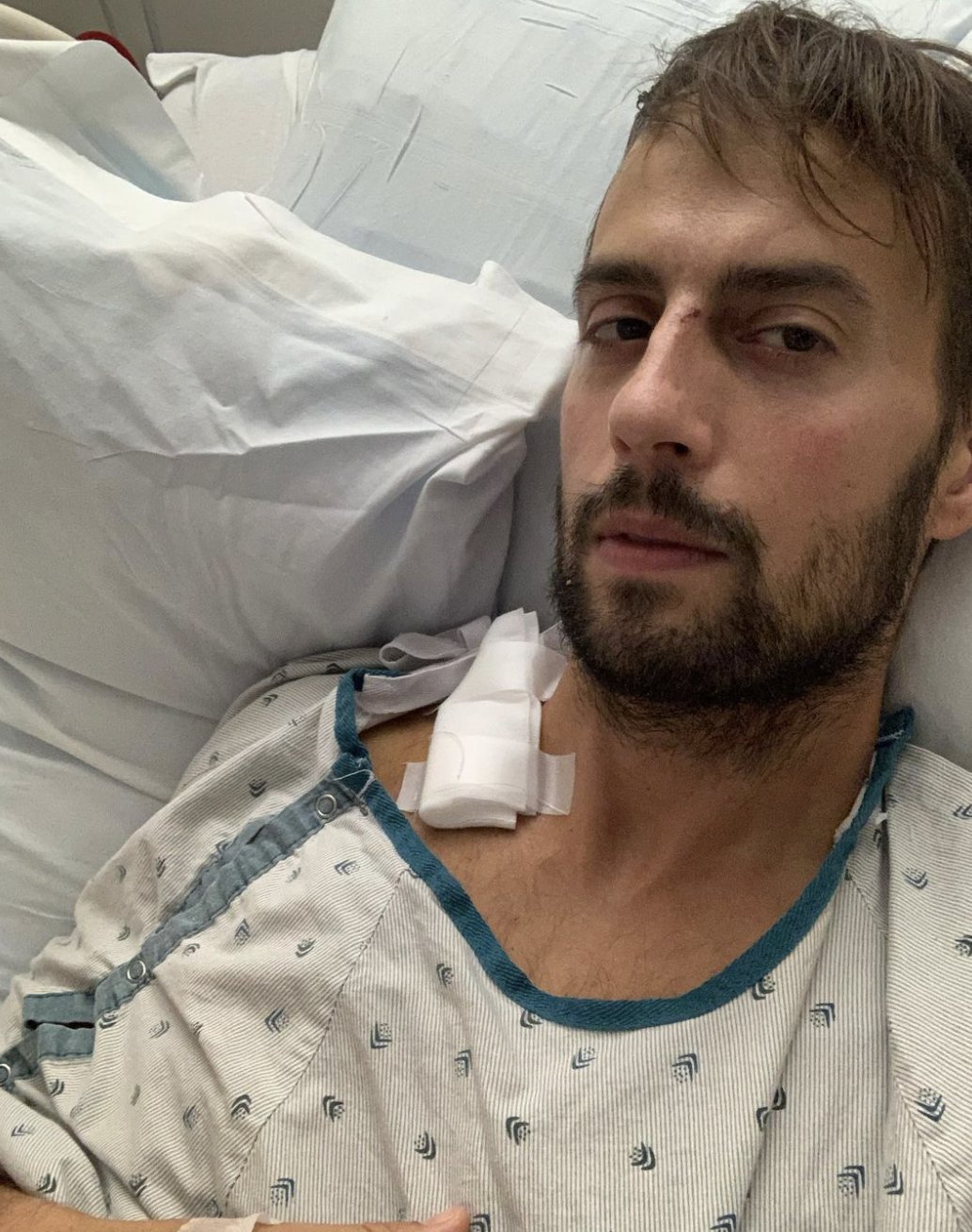 ‘LG is very supportive of my journey right now and I think it’s hard for people to understand why someone would go about healing in this way,’ he added.

‘I grew up Catholic Jesuit faith, and there’s something about giving up your resources, giving up belongings and contributing that to society.’

Fischer previously supported Gaga, telling Rolling Stone magazine: ‘Everyone thought that I was setting a blame on someone, when it was all love. It’s what happens in trauma — all your loved ones, all your family, everyone: you feel alone. You don’t feel supported because this is your journey.

And he insisted he has ‘nothing but gratitude’ for the pop star and her Haus of Gaga collective.

He added: ‘They’re my friends, and I love them and they’re absolutely there for me. I have nothing but gratitude for everything. It’s just a weird situation just because of how it’s evolved in the media. But I’m very grateful for my friendships.’

Three people were charged with attempted murder and robbery in connection with the theft of the dogs.

The three were among five people who were charged following the robbery and shooting, which Los Angeles District Attorney George Gascon called a ‘brazen street crime’.

He added at the time: ‘We have alleged very serious charges in this case and have faith that justice will be appropriately served as this case unfolds in court.’

James Howard Jackson, Jaylin Keyshawn White and Lafayett Shon Waley all face charges of attempted murder, conspiracy to commit robbery and second-degree robbery, while Jackson also faces one count of assault with a semi-automatic firearm and one count of a felon carrying a concealed firearm in a vehicle.

Jaylin faces one count of assault by means of force likely to produce great bodily injury.

Two others, Harold White and Jennifer McBride, have been charged with one count each of accessory after the fact, and McBride faces one count of receiving stolen property.

If you’ve got a celebrity story, video or pictures get in touch with the Metro.co.uk entertainment team by emailing us celebti[email protected], calling 020 3615 2145 or by visiting our Submit Stuff page – we’d love to hear from you.