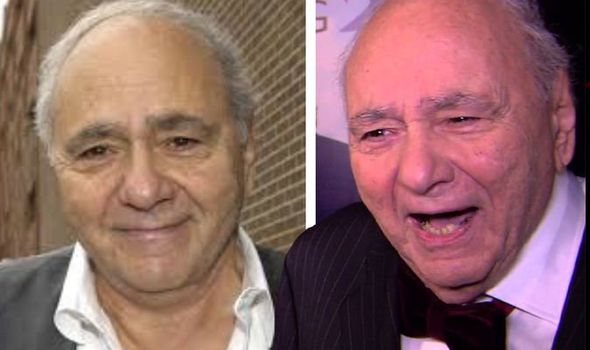 Michael Constantine, best known for his role as dad Gus in My Big Fat Greek Wedding, has sadly died on August 31. He was 94 years old.

He gave us so much laughter and deserves a rest now. We love you Michael

The actor’s agent confirmed the news of his passing to US publication Variety, confirming cause of death was natural causes.

Constantine was born in Reading, Penn, and began his career on stage, studying under Howard Da Silva.

While appearing on Broadway, he also worked as a night watchman and a barker in a shooting gallery before he secured his first role in Howard W. Koch’s death row movie The Last Mile, starring Mickey Rooney.

The legendary actor made appearances in other well-known TV programmes, such as Remington Steele, Murder, She Wrote and Law & Order in the ’80s and ’90s.

He also made guest appearances on Dr. Kildare, The Untouchables, The Twilight Zone, Perry Mason, Hogan’s Heroes, My Favorite Martian, The Dick Van Dyke Show, and many more.

Constantine went on to feature alongside Paul Newman as Big John in Robert Rossen’s classic 1961 pool picture The Hustler.

But he was perhaps best known for his role as Gus, in 2002’s My Big Fat Greek Wedding.

For this, he was nominated for a SAG Award as part of the Best Performing Cast.

Speaking of his character in a 2003 interview with The Indianapolis Star, he said: “He’s [Gus] a man from a certain kind of background.

“His saving grace is that he truly does love his daughter and want the best for her.

“He may not go about it in a very tactful way.”

Telling The Reading Eagle in 2014, he laughed: “I can’t tell you how many times I’ve autographed a Windex bottle!”

My Big Fat Greek Wedding 2 was his final acting credit.

Vardalos paid tribute to her on-screen father on Twitter, writing: “Michael Constantine, the dad to our cast-family, a gift to the written word, and always a friend.

“Acting with him came with a rush of love and fun. I will treasure this man who brought Gus to life.

“He gave us so much laughter and deserves a rest now. We love you Michael.”