Monica Lewinsky became a household name in the late ’90s following her headline-making affair with President Bill Clinton while she worked as an intern at the White House. Decades later, she will revisit her scandalous past when Ryan Murphy’s “Impeachment: American Crime Story” debuts on FX September 7. Lewinsiny, who also serves as a producer on the limited series, spoke to The New York Times about why it was necessary for her to tell her side of the story. “When you have made a colossal mistake like I did so early in your life, and lost so much because of it, the idea of making a mistake is catastrophic,” she explained. “And yet in order to move forward, I have to take risks. I have to try things. I have to continue to define who I am.”

In August, activist/fashion designer also opened up about how terribly she and other women, particularly Britney Spears, were treated by the media during that time. Scroll ahead to see what Lewinsky had to say about the superstar and why she believes everyone owes her an apology. 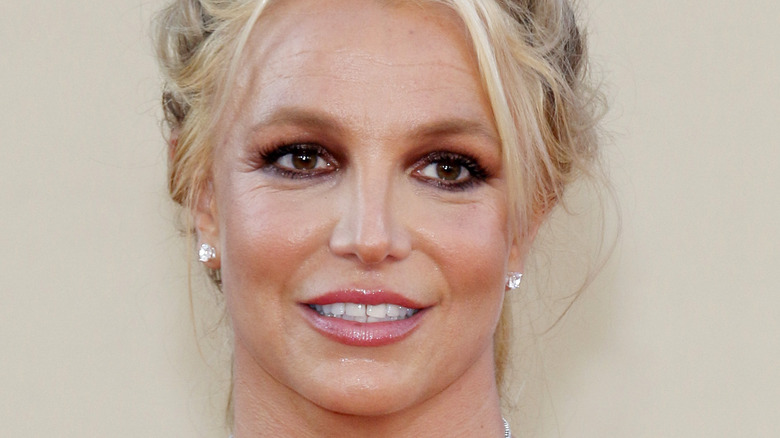 Monica Lewinsky can put herself in Britney Spears’ shoes but admits that unlike her, the singer did not deserve all the media scrutiny she received. “I made a mistake. Britney didn’t,” she told InStyle. “There were other young women this happened to, and there’s an enormous amount of collateral damage. So I think it’s not just an apology to a person; it’s an apology to how you’ve affected a culture.” Lewinsky added, “What is sexual agency? What does it mean? It’s not surprising that this de-objectifying of women is happening alongside the #MeToo movement. They braid together in a way that makes sense.”

Lewinsky went on to say that at the time, she didn’t realize this was happening to other women as well. “When the fat-shaming happened to Jessica Simpson [in 2009], I thought, ‘Oh, OK. This didn’t just happen to me,'” she said. “‘This is happening now to other people too.’ Not that that’s a good thing.”