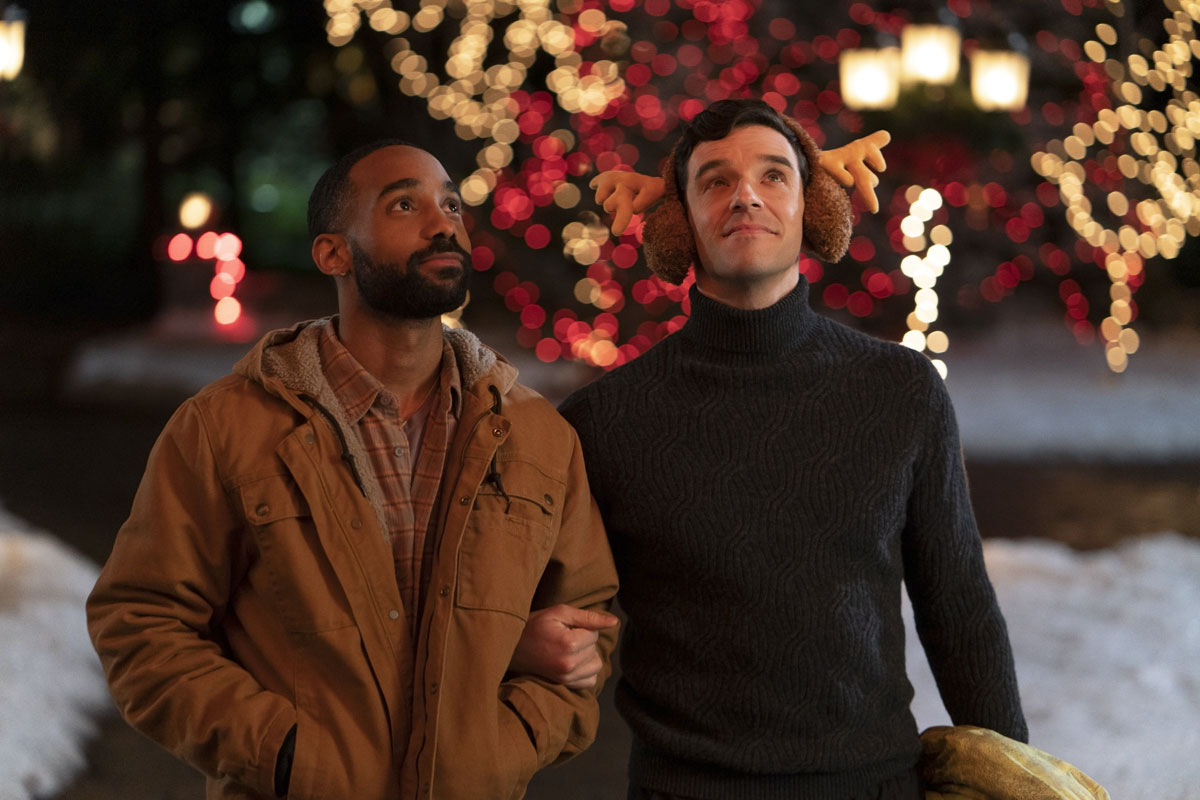 Very mild spoilers for Single All the Way
Kristen Stewart starred in the first studio-backed gay holiday romcom, Happiest Season, which came out just last year on Hulu. We also got some more LGBTQ diversity on Hallmark and Lifetime. How did we get the first gay Christmas movie only a year ago? Something is so off here. The good news is that Netflix has a gay holiday romcom out now, it’s their first and it’s absolutely delightful. Single All the Way stars Michael Urie as lead Peter, Philemon Chambers as his best friend and roommate, Nick, and Kathy Najimy and Jennifer Coolidge in supporting roles. After a pre-holiday breakup, Peter convinces his friend Nick to come home from LA to New Hampshire with him and pretend to be his boyfriend for Christmas. You know where this is going, but you really don’t. Single All the Way feels fresh and different, and not just because the lead is a gay man. It’s laugh out loud funny and so heartwarming I said “aww” and “ooh” at the screen multiple times. I will watch it again, preferably with my mom over Christmas if she doesn’t watch it first.

Single All the Way has a 55% critics rating and a 70% audience rating on Rotten Tomatoes, which makes me wonder how many grinches watched it. This movie is adorable! Here are two glowing reviews from critics who felt the same way I did.

Single All the Way takes all the large family vibes of a Family Stone, pairs it with the coziness of a Hallmark romance, and serves all the laughs of Netflix’s hip holiday comedies, like Holidate or Love Hard.

Single All the Way is a helluva serve. It is everything you want from holiday romcom—and more. The story works, the performances are superb, the chemistry is there, the feels are present, and every joke lands.

Overall, Single All the Way delivers the laughs and the feels. It’s nothing short of a Christmas romcom miracle. – From Decider

Single All the Way has all the charm, all the tropes, and all the hot chocolate that any run-of-the-mill holiday rom-com has. There just happens to be a gay couple at the center, an interracial gay couple at that. But the movie never makes a thing out of this, which is important. There are no coming-out scenes, no family-trauma porn, no homophobia—this a utopian Christmas movie where the biggest problem is convincing Jennifer Coolidge not to steal all the lines in the children’s holiday pageant. Yes, the problems gay couples (particularly interracial ones) face are real and shouldn’t be ignored—but we also deserve a Christmas fantasy. Single All the Way is that, and it does a good job of showing that gay relationships are just as normal, just as sweet, just as yuletide ooey-gooey, as straight ones.

That being said, this movie is also, gloriously, gay as hell. That’s what makes it so fun. The puns included—“don your gay apparel,” “FOMO-sexual”—are cheeky without ever being cringey. At one point Kathy Najimy, with the most serious face, says, “Gay? I know gay,” and I’ll be thinking about that for the next 40 years. Jennifer Coolidge dresses up as Glinda the Good Witch for no discernible reason. The late, great West Hollywood gay bar Flaming Saddles is referenced. (The New York City one is still kicking, FYI, and I highly suggest going if you’re in town.) When Nick walked into Peter’s room and noticed that Christmas Carole had taken down all his Britney Spears posters, my heart fluttered. Behold, pop culture has finally blessed us with a Britney Gay. I’ve never felt more seen. – From Glamour

[From Decider and Glamour]

I included the review from Christopher Rosa in Glamour because he summed it up much better than I could. Plus he has the perspective of a gay man who hasn’t seen himself represented in a holiday romcom before. It’s a pure fantasy without the sadness and family drama that a more serious film might try to interject. There’s so much joy in this movie. The lines are hilarious without being so clever it’s hard to believe someone would come up with the dialogue. (See: Community.) I do have one complaint and it’s that Jennifer Coolidge is made into a parody of her previous characters. She’s so over the top and there’s one cringey scene toward the end that felt unnecessary. That’s on the writers, not her. Kathy Najimy and Barry Botswick are excellent as the supportive but meddling parents and the teens who play Nick’s nieces are also very good.

Overall I would highly recommend this if you need a good escapist movie! Love Hard, with Nina Dobrev and Jimmy O. Yang is also cute, but it doesn’t hold a candle to Single All The Way. I can’t remember another Christmas romcom that would. Bonus points to Holidate though, that’s decent. Oh and I can’t forget the Norwegian series Home for Christmas. 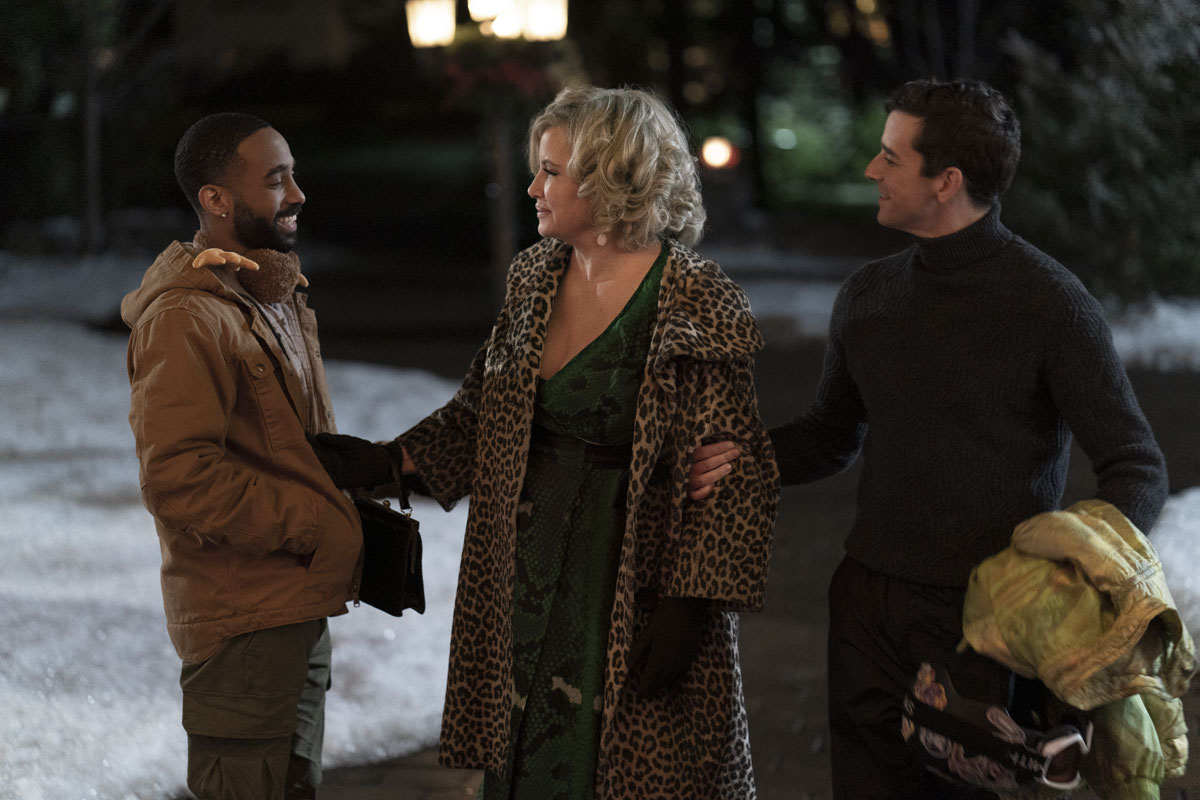 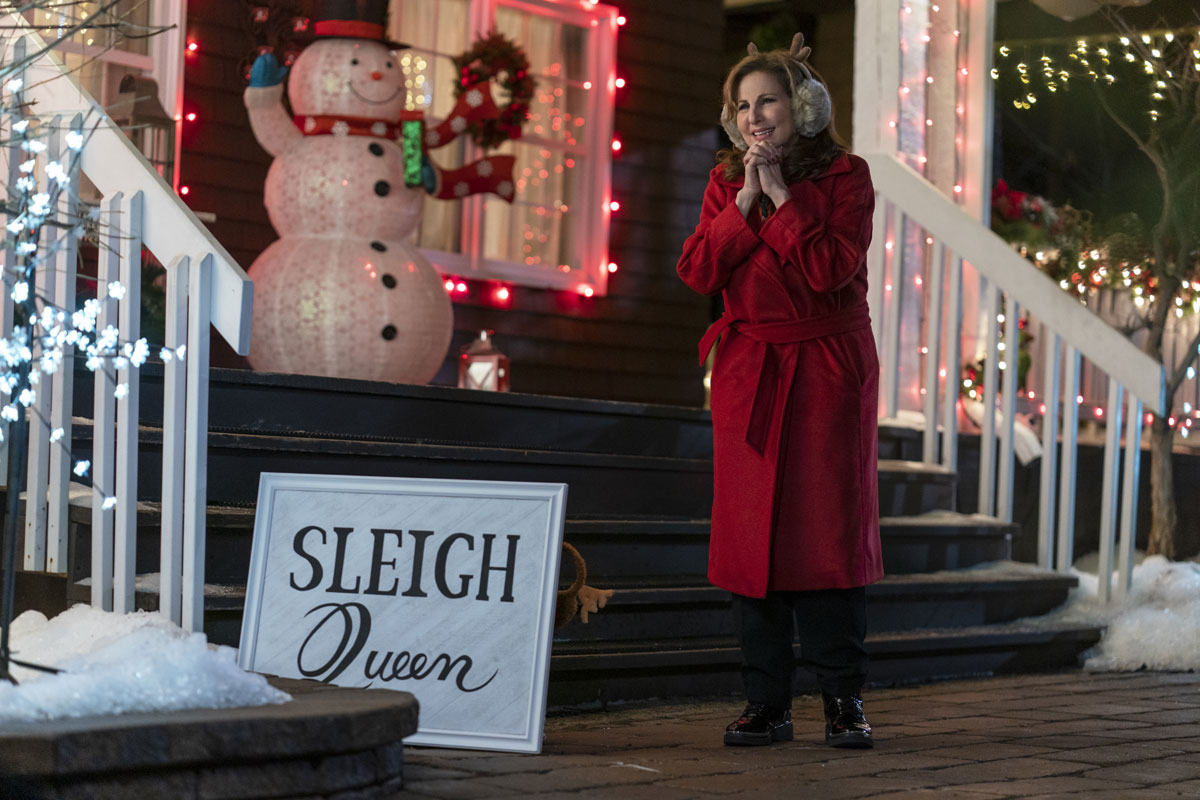 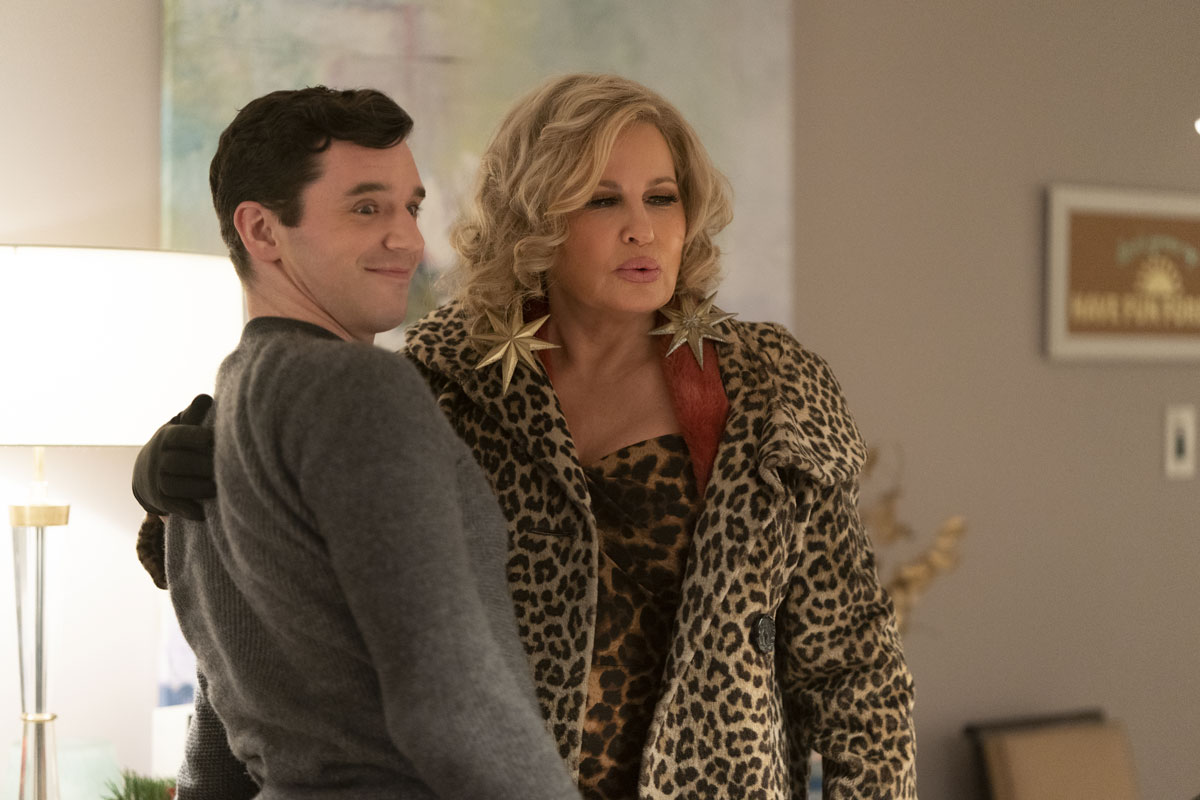