While it seems as though Nick Jonas and Priyanka Chopra have been together literally forever, it turns out that only one year has passed since the gorgeous couple officially started dating. Kind of shocking, right? And since the two have come so far in the last year, Nick Jonas’ Instagram post about dating Priyanka Chopra recounts one of their very first dates. It’s seriously the cutest thing ever.

On Saturday, May 25, Jonas Brothers pop star (and love of my life), Nick Jonas posted a special Instagram photo, and the caption appeared to reveal it had been exactly one year since he first started dating his now-wife, actress and model Priyanka Chopra. The caption of the post recounts one of their first official dates, when the two went to see Beauty and the Beast at The Hollywood Bowl, an outdoor Los Angeles music venue, alongside a group of their friends. That’s right — the two went on a group date, and it sounds so sweet. Jonas even refers to Chopra as "one of those friends" who "was the woman who would become my best friend, my confidant, my muse, my beautiful wife." BRB, I’ll be over here swooning until the end of time. Oh, and the best part is Chopra’s response. Her comment reads, "The most amazing thing that ever happened to me is you. I love you babs.. ?"

I can’t take this amount of cuteness.

If you haven’t already seen the photo itself, it shows the 26-year-old singer and 36-year-old movie star dancing on a balcony, wearing all-white on their wedding day. It’s seriously beautiful, and IDK about you, but my heart actually cannot take much more of it.

And while the Jonas might consider their official dating anniversary to be May 25, 2018, it turns out Jonas and Chopra actually started talking almost three years ago, all the way back in September 2016. Things heated up when Jonas slid into Chopra’s Twitter DM’s, saying, “I’m hearing from a few mutual friends that we should meet," and she responded, "My team can read this. Why don’t you just text me." They started texting and eventually ran into each other at the Vanity Fair Oscars party, where Jonas put his drink down, and made a move. He asked her out for a drink at the Carlyle hotel in New York, one week prior to the 2017 Met Gala. Chopra invited Jonas to her apartment afterwards, and Jonas met his future mother-in-law, Madhu. So, like… no pressure, right? 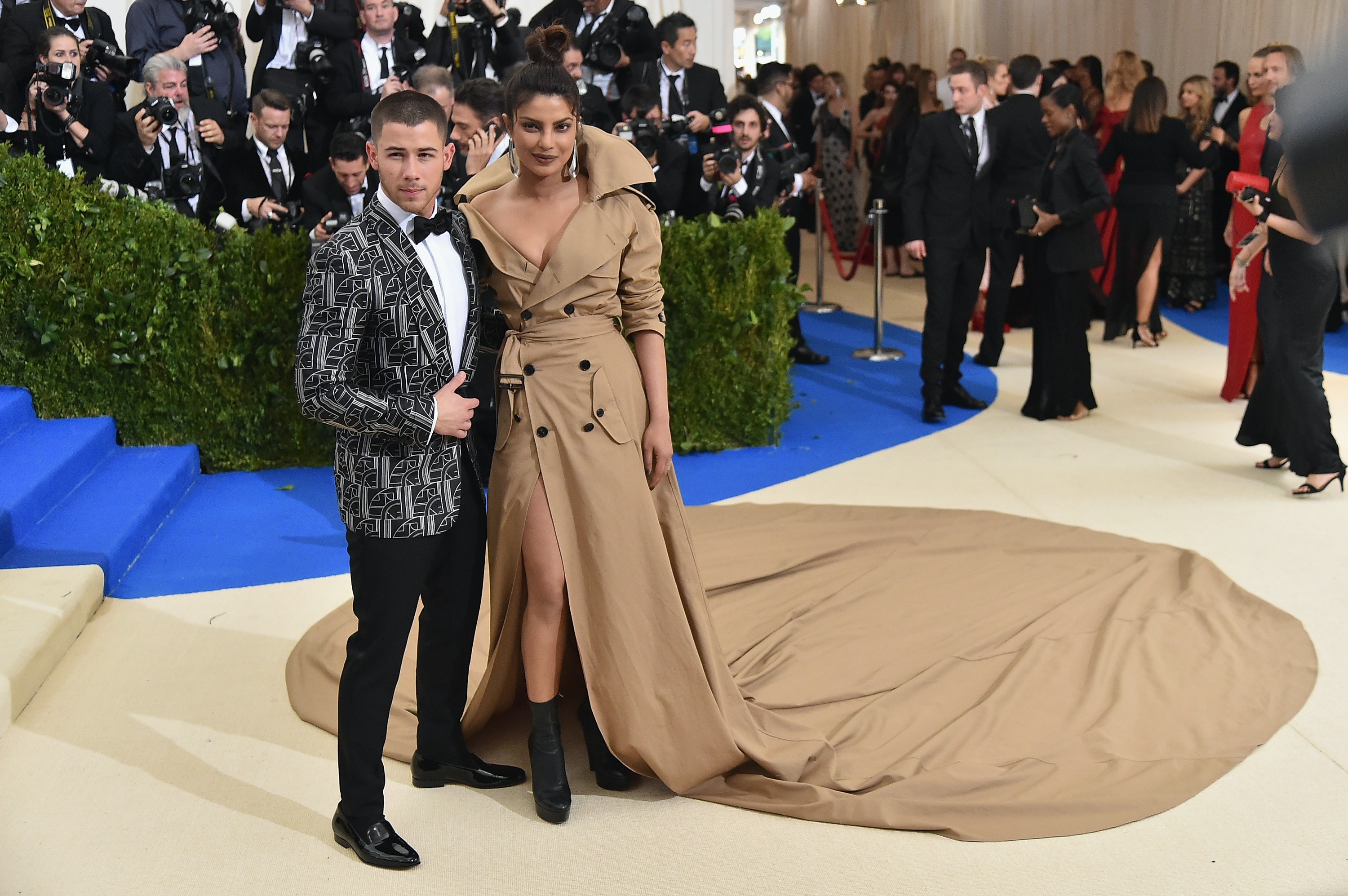 So it turns out Chopra and Jonas have quite a bit of history, and IMO, it’s the best kind of history. Their relationship timeline is seriously magical, and I couldn’t be happier for the two of them. Happy anniversary, you two lovebirds — wishing you the best!