In a perfect world, when one relationship ends and another starts anew, you move on civilly.

No more ties, all memories erased, no resentment in the heart.

But we don’t live in an ideal world.

Break-ups are often messy and leave you with an unsolicited shared history.

What do you do with that?

Dating app QuackQuack recently conducted a survey among its users aged between 21 and 35 years to get their opinion on discussing their ex with the present partner.

The survey revealed that 61% Indian users talk about their ex with their present partner and were of the opinion that if something is distressing you, discuss it with your partner.

The remaining 39% who were scared that it might hurt their relationship felt that talking about your ex is like treading dangerous waters.

Ravi Mittal, CEO of QuackQuack outlines the survey’s key findings and explains how to have a healthy communication:

47% women aged between 25 to 30 who participated in the survey said that talking about their ex with the new partner proves that they are in a sound and secure relationship.

Nearly half of the respondents were of the opinion that the current partner must have survived a heartbreak or two. So there should be no reason to be afraid of opening up about the past.

56% respondents aged above 30 from tier 1 and tier 2 cities said they do talk about their previous relationship with their partner.

According to them, the conversation is not actually about the ex, but rather the trauma they gave each other.

Some also mentioned focusing on the positive aspect of their exes.

If both individuals are mature, listening to each other’s past traumas may have a bonding effect on relationships.

However tempting it may be to dish about the said ex, that is not such a healthy approach.

Best to leave past behind

According to the survey, 38% users aged 18 to 25 indicated they are against talking about their ex or related issues with their partner.

These users felt that talking about your ex might mean that you are still in love with them and it’s best to leave the past behind you.

Bringing up your ex habitually can cause lasting damage to the relationship.

It is not fair to put your new boo in your ex’s shadow.

Blast from the past

26% women aged 21 to 25 revealed that discussing their ex or the mere utterance of their names had caused an ugly fight and unnecessary strain in the relationship.

Meanwhile 43% women from tier 1 and tier 2 cities were curious to know why trivial discussions about a person who was a part of your life once upon a time would create so much drama.

A man secure about himself would never exhibit such a demeanour.

52% of men aged 30 to 35 years said they found it odd if their partner never mentions the ex in the entire relationship and it might be an indication of unresolved feelings.

Some of these men revealed that if their partner is vague around the discussions revolving around their ex, or they seem to withhold some of the truth about their past relationship, it can be a harbinger of bad news.

Why would you want to pretend as if you have never been with anyone in the past? You are all the choices you made, and your ex is one of them!

For all those who have had an unpleasant past and moved on from a relationship, or struggling to move on, you must resolve your feelings and find closure.

But when you enter a new relationship, it is crucial to understand ‘how much is too much?’

An open conversation with your partner about your past suggests a perfectly healthy relationship. It only works to bring you closer to your partner. 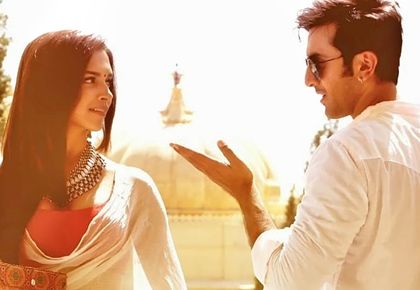